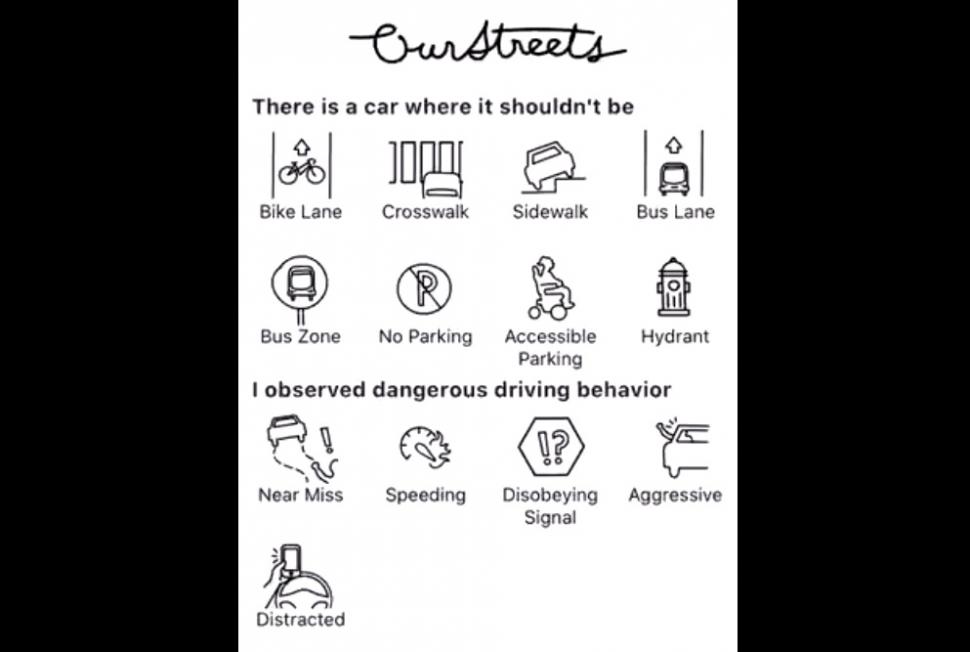 New app will crowdsource data about bad drivers from cyclists

A new app has been launched that allows cyclists in Washington DC to quickly report dangerous driving behaviour. In response to reports, OurStreets provides users with the vehicle’s outstanding parking and traffic camera offences and also shares all its information with various groups, including the city’s transportation departments.

The app began in the summer of 2018 as a Twitter bot called How’s My Driving DC. If you tweeted a number plate to it, you’d receive a record of offences associated with the vehicle taken from public databases.

Bicycling reports that one in three vehicles tweeted to the bot had outstanding citations.

Developers Daniel Schep and Mark Sussman then turned this into a web app that let users submit more detailed reports to the district’s government.

Complaints about city-owned vehicles and taxis were forwarded to the relevant departments.

You can use it to report blocked bike lanes as well. About a third of the 18,000 reports submitted have been for bike lane violations with roughly another third for other violations of no-parking zones. (Fast Company highlights a Kia that was reported for being parked in a bike lane which had $17,040 of fines associated with it.)

The OurStreets phone app launched today. While most of its features are geared for use in Washington, cyclists elsewhere in the US will also be able to contribute data. (It’s not setup for the UK at all, as far as we can tell.)

Sussman admits in that in the majority of cases, “direct action is nearly impossible,” but says that drivers of city-owned vehicles and taxi drivers have been reprimanded following reports.

He also believes the data can help identify problem areas.

“Data from OurStreets will be vital to determine how best to deploy resources to monitor bike lanes,” he said. “Additionally, I think there is an opportunity to overlay OurStreets data with citation data in real time and optimise enforcement routes for all enforceable driving behaviour.”