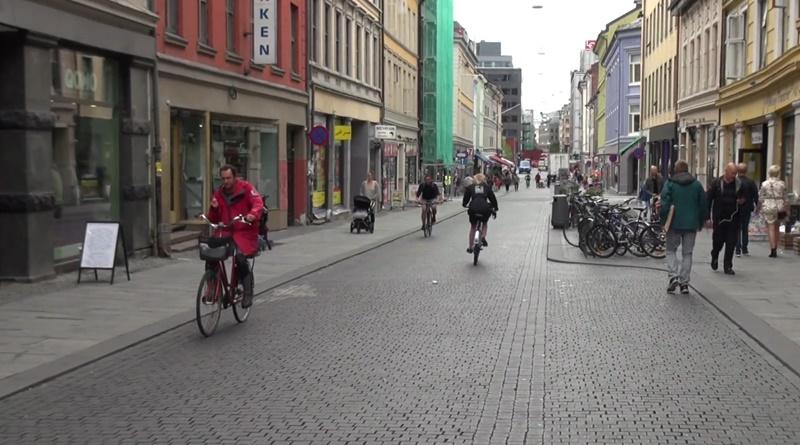 How Oslo has all but eliminated cyclist and pedestrian deaths

Earlier this week, we reported how Oslo recorded zero pedestrian or cyclist fatalities on its roads in 2019. Every serious accident is one too many,” said Ingrid Dahl Hovland, Norway’s top road administrator in response to the news. “The fight against traffic death and serious injuries in traffic continues with unabated strength.”

Oslo, which has a population of about 673,000, has introduced a number of initiatives in recent years as it works towards its Vision Zero goal of eliminating not just all pedestrian and cyclist deaths but also all serious injuries.

This makes me happy:

The graph shows the reduction of road deaths since 1975.

A city centre car ban was implemented this year, but the city has been gradually working towards this since it was first announced in 2015.

Curbed reported how the city increased its congestion charge in 2017 and that move that went hand in hand with the removal of all on-street parking. The recovered space has been used to create more pavements and another 60km of bike lanes.

Clarence Eckerson, who made the film below, was impressed with what he saw when he visited, saying: “We just need to stop providing car parking everywhere, stop requiring it of builders and start removing on-street parking in congested city centres. More parking always means more cars.”

Oslo: The Journey to Car-free from STREETFILMS on Vimeo.

Further out in the city, speed limits were reduced and “heart zones” were introduced where motor vehicles are not permitted to pick up or drop off children near primary schools.