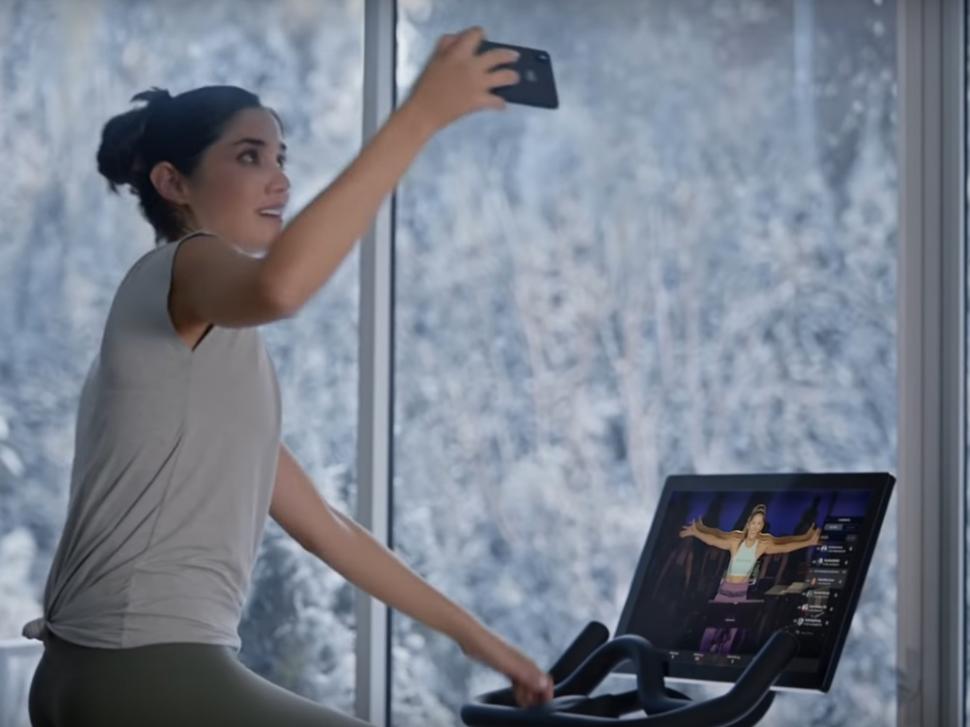 The phrase"Well done Peloton, you smashed it!" has only gone and made the latest update to Viz comic's Roger's Profanisaurus ... 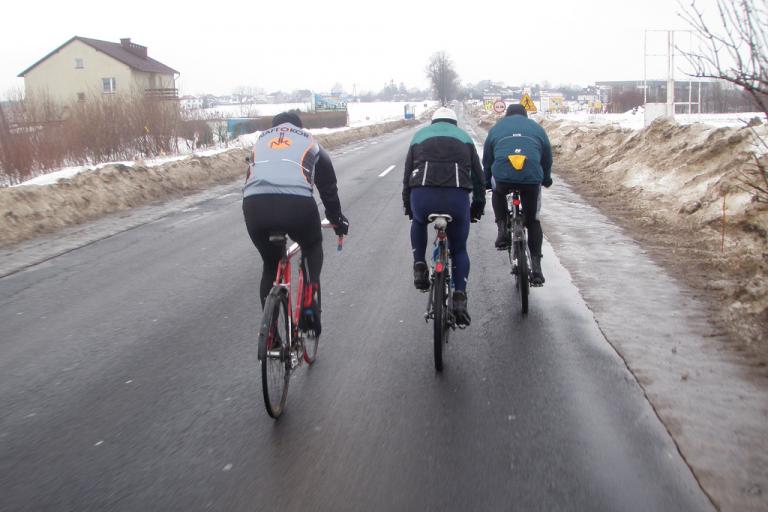 According to Strava data from 2019, Sunday January 19 will be Quitter’s Day this year – that’s the day people are most likely to give up on their New Year’s fitness resolutions.

Not entirely surprisingly, Strava reckons that Strava can keep people from giving up…

UK Country Manager Gareth Mills said: “Millions of us around the world will start the year motivated and with the best of intentions to either get fit, or increase our activity levels.

“We know that staying motivated is the oldest and biggest problem in health and fitness and our data shows that people are most likely to give up on 2020 New Year’s fitness resolutions by Sunday 19 January this year.

“At Strava, we believe that people keep people active which is why we connect athletes with like-minded athletes. For example, we know that those who exercise in a group record 10% more activities the month after they join a club, and that cyclists going on group rides cover twice the distance of solo rides."

This makes me happy:

The graph shows the reduction of road deaths since 1975.

Many people sharing this claim that we have reached #visionzero in Oslo. While we are making great progress, there is still a way to go to consistently keep deaths at zero for all road users.

Also, #visionzero means 0 serious injuries, where we still have a long way to go.

Hartmann also adds that no children died in traffic anywhere in Norway (pop. 5,3 million) in 2019.

Thanks everyone for your support and hopefully in the new year we can get the Needs Analysis published!

More about the campaign here. 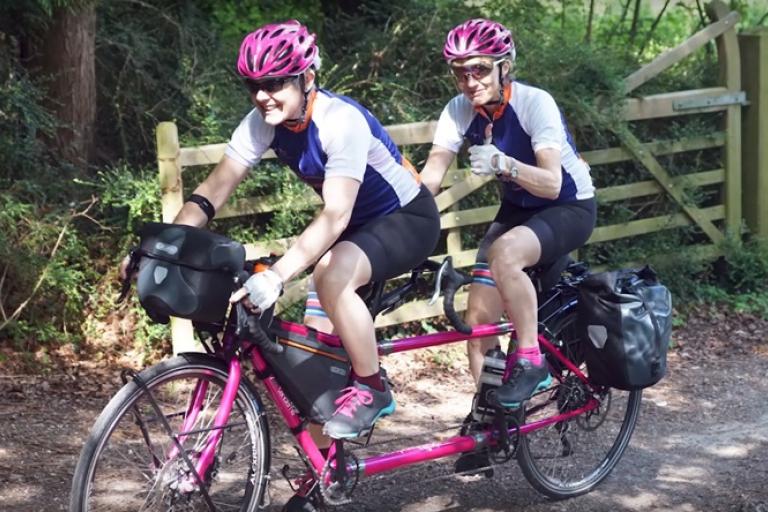 The two British women who are currently trying to break the world record for being the fastest cyclists to circumnavigate the globe on a tandem say that New Zealand has the worst drivers.

Cat Dixon added: "We get the impression that the drivers just sort of resent the bikes just being on the road. As a consequence they make no effort whatsoever to pull out and they drive incredibly close."

According to Marsden, "They go so close you can feel the hairs on your arms stand up, the gust of wind."

The pair suggest that the country’s rural drivers aren’t so used to seeing cyclists.

In general, Kiwis "couldn't be nicer, kinder, more helpful, more supportive, just great, fantastic," according to Marsden. "But when they get in a car, something happens."

The last decade may not have ended as well as I would have hoped  but I think I did okay  2 babies  7 grand tours  & counting  pic.twitter.com/YDVvDuoOhN

The 'annus horribilis' is a reference to the death of Coles' partner, Reverend David Coles, last month.

Goodbye 2019, annus horribilis for me, but thanks to @RutlandCycling I will be accelerating into 2020, and I wish everyone a magnificent new year. pic.twitter.com/WSKjmwlYIl

02 January 2020, 12:42
Cycling and a desire to lose weight not always a bad combination though, obvs

This time last year I was 190lbs (or so, maybe a little more). Today I'm 164lbs. At one point I got down to 158, but then I went on tour for 3 months... Almost all of this is down to exercise, mostly on my bike. #lloydscyclingadventure

Writing on his own Instagram page, Contador said that the name would be revealed letter by letter.

So far we’ve got an A and four spaces.

“January 1st arrived and I can open the gift, what will it be? Of course it's a bike, but which one? It is a very special one, for the moment we will call it A since the name will be deciphered little by little...Bike in which we have been working for more than a year and a half with the best to offer the best bike I have ridden. I'm like a little boy! Now Full Gas”

While Mr Van der Poel is indeed rocking his team's new kit, it also looks like he has a new bike... which we strongly suspect could be Canyon's new Aeroad. It's not the first time we've talked about the new Aeroad. A very similar-looking bike was spotted being ridden by Van der Poel back in late September, and Canyon also added a 'CFR Disc RO65' to the UCI list; although they declined to comment when we asked them about it at the time.

Conor Dunne has retired without a team at the age of 27 after Israel Cycling Academy decided not to renew his contract.

At 2.04m, Dunne had been the tallest rider in the WorldTour.

That title is now held by 2m Mathias Norsgaard.

We're very lucky to both have the smallest and tallest rider in the World Tour on @Movistar_Team. Coincidence? I THINK NOT pic.twitter.com/gP79ZHh8PD An update on the Poggio - so often the decisive climb in Milan-Sanremo - which has suffered landslides in recent months.

Update about Poggio status (lost it in the Christmas party): Road is not fixed yet and Sanremo major said that there is risk that the race could not take place in 2020 (ANSA) https://t.co/1pqGTw4KLR 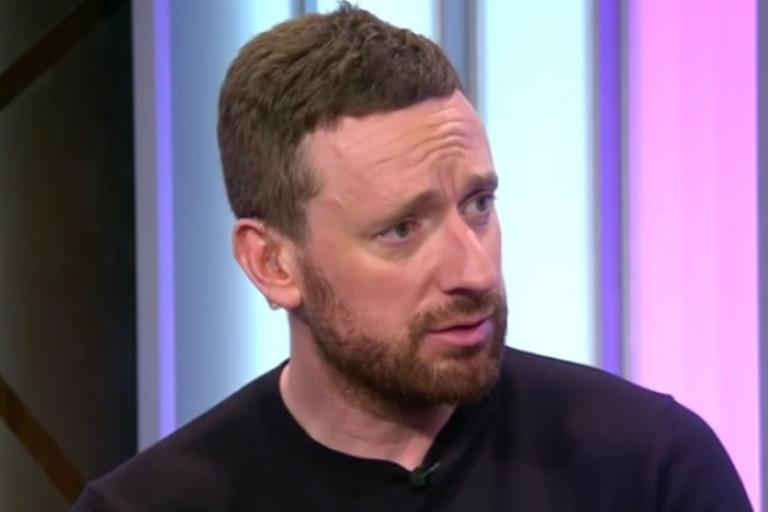 Bradley Wiggins agrees that when it comes to weight, the world of cycling is “sick”

Earlier this year, Sir Bradley Wiggins said that one of the great benefits of retiring was that he had been able to put on some weight.

Speaking during the Giro d’Italia, he said: “I’ve put 10 kilos on because I was severely underweight as a 6ft3in man. Stop this rubbish!”

He went on to say that it no longer affects him when “the sick world of cycling” tells him, “you’ve let yourself go a bit.”

Wiggins weighed 72kg for his final overall stage race victory at the 2014 Tour of California and was listed on the Team Sky website as weighing 69kg. A dietician who has seen a five-fold increase in the number of male cyclists referred to her with eating disorders in the past year has blamed a culture where performance is often prioritised over health.

Renee McGregor says every new male client she has seen in the last year has been a cyclist.

Speaking to Sky News, she said: "It's a very fine line between being light enough to perform optimally and being so light that it starts to affect mental and physical health.

"I don't think enough coaches and sporting teams and sporting bodies have the information and the education they need, so when that is line crossed, it's often crossed at the expense of the athlete."