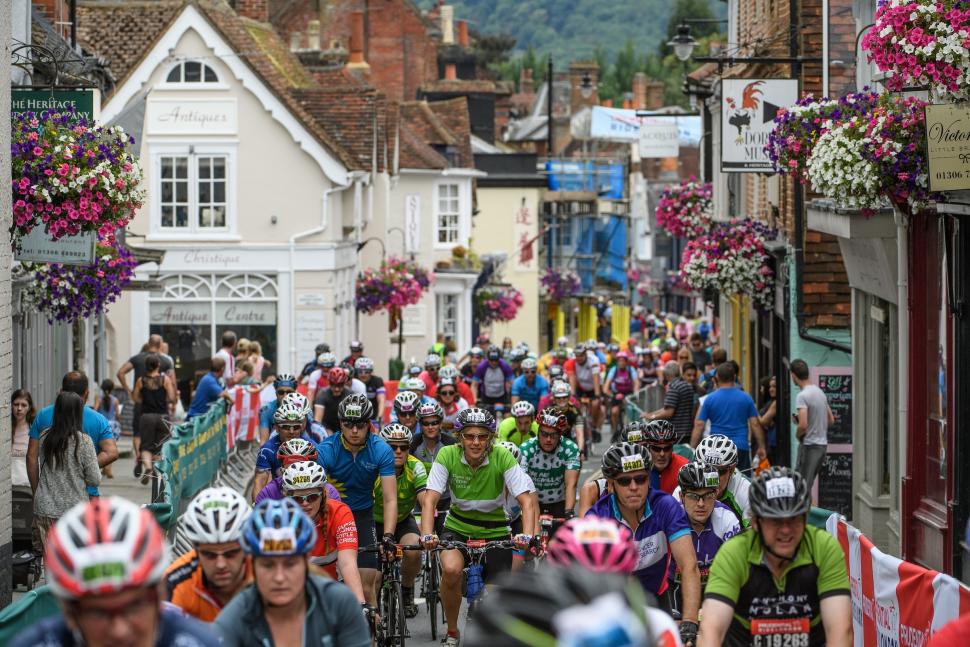 Council's cabinet will decide whether to continue to host event from 2021-25...
by Simon_MacMichael

Surrey County Council (SCC) has launched a public consultation over whether it should continue to host events forming part of the UK’s biggest annual cycling event, Prudential RideLondon.

The current agreement for the county to host the event expires this year, and the consultation will help the council decide whether to continue to stage it during the following five years.

Currently, the routes of four events, all taking place on the Sunday, take in roads in Surrey, including the Prudential RideLondon-Surrey Classic men’s elite race.

That race follows the Prudential RideLondon-Surrey 100 sportive and the shorter 46- and 19-mile mass participation rides, which last year attracted more than 30,000 participants, with the weekend-long event described as “the world’s greatest festival of cycling.”

Opening its consultation, the council said: “Views are now being sought on the event to inform an SCC Cabinet decision on whether the event continues in Surrey from 2021 until 2025.

“If the Cabinet agrees not to host the event in Surrey, we are committed to run the event for the last time in 2021 in order to enable the event organisers enough time to find an alternative host.

Many local residents and businesses in Surrey support the event, with a carnival atmosphere in many places along the route.

However, day-long road closures affecting a number of towns and villages in the county as well as the areas around Box Hill and Leith Hill have seen the event come under criticism from some people living in the area.

As well as allowing supporters of the event to express their backing, the consultation will give opponents of the event an opportunity to air their grievances.

The council however underlined some of the benefits that the event brings to the county.

“As well as riders and their supporters visiting Surrey on the day of the event, many riders visit the area on a year round basis to cycle benefiting the local economy,” it said.

“TV coverage has highlighted the beauty of Surrey firmly establishing the county as one the UK’s top cycling destinations.

“London Marathon Events Ltd, the majority owner of the London and Surrey Cycling Partnership which organises the event, award grants through the London Marathon Charitable Trust each year to recreational projects which encourage people to become or remain active, primarily in areas where events have taken place.

“This is as a thank you to communities for their support. In the last round of funding in July 2019 grants totalling £500,900 were awarded to eight projects in Surrey.

The event, billed as a legacy of the London 2012 Olympic Games, made its debut in 2013 and up to and including the 2018 edition had raised some £66 million for charity.

Sunday’s events start with riders setting off early on the Prudential RideLondon-Surrey 100, with the course taking in Surrey towns including Weybridge, Dorking, Leatherhead and Esher, which are also on the route of the professional race later in the day.

The consultation, which you can find here, remains open until Sunday 16 February 16.