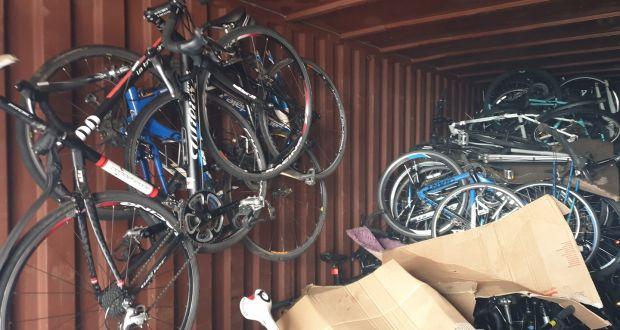 Police in Dublin have found more than 100 stolen bikes collectively worth more than €250,000 in a shipping container.

Officers are now trying to reunite the high-end bikes, found during a raid in the south of the Irish capital, with their owners, reports the Irish Times.

The discovery was made when Gardai executed a search warrant on the 40-foot shipping container, which was located on allotments in the Newcastle area of the city.

Members of Dublin Fire Brigade helped police gain access to the unit, with the raid following an investigation into bike theft over recent months by a street crime unit based at Pearse Street Garda station.

It is believed that the bikes may have been destined to be shipped abroad for sale outside Ireland.

According to a Garda spokesman, a total of 116 bikes of “all makes and models” were found.

He said: “It is estimated that the value of the items is approximately €250,000 owing to the uniqueness and specialisation of the items.”

He added that in cases where it proves impossible to identify owners of the stolen bikes, photographs will be circulated via the media in the weeks ahead to try and trace them.

As yet, no arrests have been made and officers are continuing their investigation.