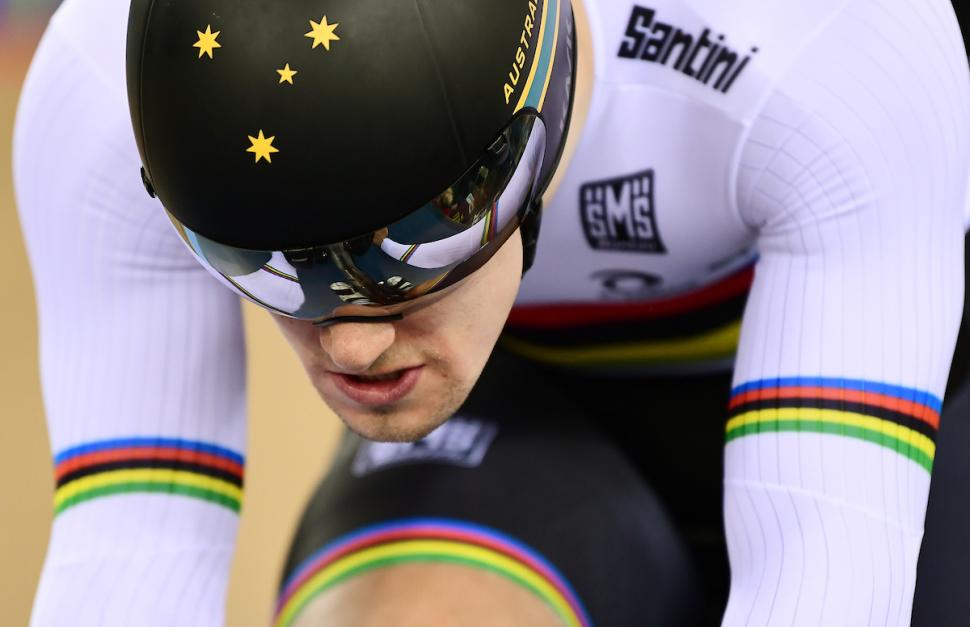 Australian track sprinter Matthew Glaetzer has won World Cup silver in his final track meeting before undergoing treatment for thyroid cancer – but hopes to be back riding at the World Championships in February.

The 27-year-old from Adelaide was diagnosed with the disease in late October after undergoing an MRI scan following pains in his neck, and underwent surgery at the start of November.

He was back competing at the UCI Track Cycling World Cup last weekend in Cambridge, New Zealand, where he won bronze in the Keirin, and went one better in the latest round in Brisbane yesterday, taking silver behind Colombia’s Kevin Santiago Quintero Chavarro, who came from behind to overhaul him.

Glaetzer followed that up today by taking the bronze medal in the sprint, beating Tjon En Fa Jair of Suriname 2-0 in the head-to-head races for the medal.

“It’s our nature as athletes to not let obstacles get in our way and that is what I am doing.”

Glaetzer will now undergo treatment for the disease, but aims to compete at the end of February in Berlin.

The two-time world champion and three-time Commonwealth Games gold medallist is also targeting the Tokyo Olympics later in the year.

Last month, Glaetzer spoke about his diagnosis in this video, uploaded to YouTube by Cycling Australia.