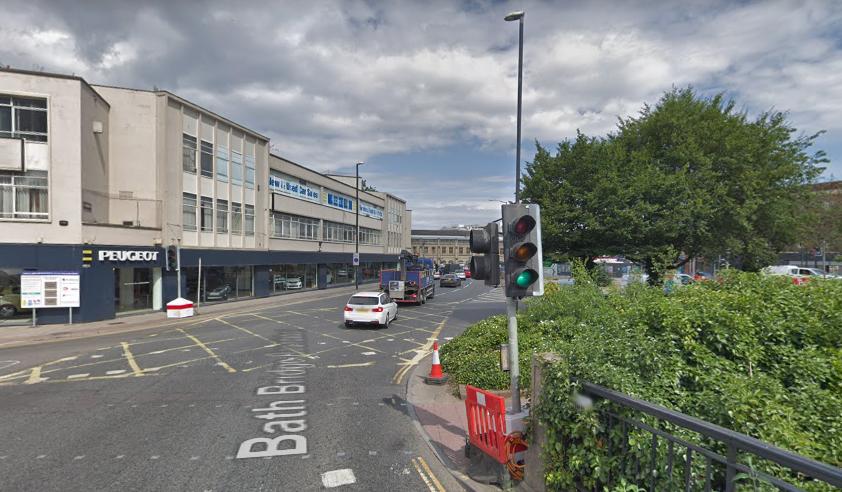 Video: Cyclist times himself on new Bristol cycle path - and finds it's WAY quicker sticking to the road

A Bristol cyclist is less than impressed with new “segregated” cycling infrastructure put in place in the city – after ‘racing’ against himself on it and comparing his time with how long it took him on the road.

It took Toby Wells, an engineer, two and a half times longer to get from Bath Bridge to Temple Way using Bristol City Council’s new Temple Gate cycle route than it did sticking to the road – clocking in respectively at 6 minutes 14 seconds and 2 minutes 24 seconds.

I raced myself through the @BristolCouncil Temple Gate area - from Bath Bridge to Temple Way using the road vs. using the brand new cycle route. I did not win... pic.twitter.com/slWDDVMtzE

He posted speeded-up split-screen footage of the rides to Twitter. The two rides are level-pegging for the first 90 seconds or so – then, riding on the road, Wells catches a green wave of traffic lights across from the Peugeot dealership opposite Bristol Temple Meads railway station.

It’s a very different story, though on the cycle path – a mixture of space shared with pedestrians (as well as trees, road signs and lamp posts) and short sections of segregated infrastructure, one part of which is still under construction, although it would have made little difference to the final result.

Where the time was lost was waiting for the pedestrian and cyclist crossing lights to change to green at the two of the three major junctions Wells had to cross – around a minute and a half in each instance, and frustratingly on each of those he had to wait at the island in the middle due to the crossings not being synchronised.

Wells wrote: “Notice that on the road, once you get going it's green all the way through. The lights are synchronised to and adjusted by the flow of cars.

“For the ped/cycle crossings it's the opposite – either they are never green until button push (i.e. stop EVERY time), or they are specifically phased so you have to cross one junction in 2 goes, every time. Right of the vid is my no. of button pushes, and I was lucky at some!

“Also the sheer number of transitions between sharing/segregated is ridiculous. It's confusing and dangerous for pedestrians and cyclists,” he added, saying it “will undoubtedly lead to conflict.”

One person commenting on the video wrote: “Such a shame the opportunity to make this a cycle friendly road section has been missed.”

Another said: “It's designed by engineers who still think cycling is a hobby not a means of transport. This needs changing.”

One of the problems with infrastructure such as this is that experienced cyclists will continue to ride on the road – as of course they are allowed to by law – but the time taken to negotiate the junction using the cycle path, and the potential for conflict that Wells highlights, will do little to encourage less confident cyclists or people considering riding a bike for the first time, the exact groups such facilities should be targeting.

As a result, it leaves no-one satisfied, as this Twitter user highlighted: “Cyclists lose because they get crap infrastructure. Drivers lose because all they can see is roadway changed to cycle lanes that nobody uses. Pedestrians lose because they are sharing with cyclists. Everybody loses because the planners set each group against each other.”

The final word, though, goes to this reply: “Ridiculous. I showed a Dutch friend and he fell off his chair with laughter.”