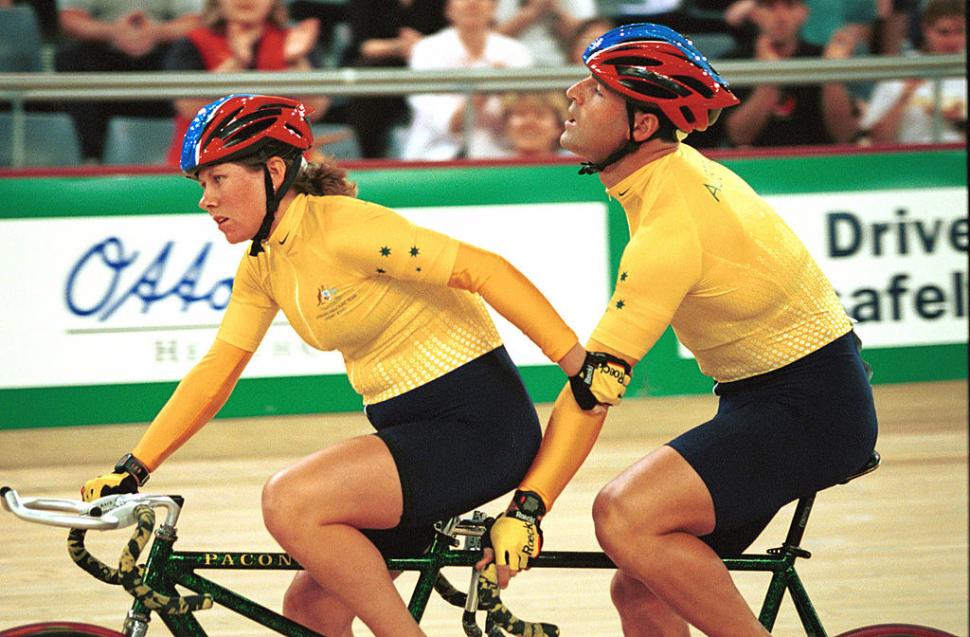 Tributes are being paid to five-time Paralympic cycling champion Kieran Modra, who was killed earlier today in a road traffic collision near his home in Adelaide.

The 47-year-old died following a collision at around 7am involving a Kia car, which South Australia Police said was travelling in the same direction as the cyclist on the Sturt Highway at Kingsford.

Modra is understood to have been riding from his home in the coastal suburb of Hallett Cove to visit friends in Clare.

Born with a congenital vision impairment, he represented Australia in three sports at eight Paralympic Games, the first being Seoul in 1988 where he competed in the 1500 metres B3 and the javelin B3 events.

He took up swimming following a knee injury and in 1992 won bronze medals at Barcelona in the 100 metres and 200 metres B3 backstroke.

It was in cycling where he truly excelled, however, winning gold in the mixed 200 metres sprint tandem at Atlanta in 1996 when he was piloted by his future wife, Kerry.

The pair competed again at Sydney in 2000, but failed to medal with Kerry, pregnant at the time with the first of their three children, fainting due to low blood pressure during a quarter final heat.

In December 2011, less than a year before the London 2012 Paralympic Games, Modra broke two vertebrae in his neck and one in his spine in a collision involving a car while commuting to work but recovered to win the individual pursuit for the third time in a row.

He also competed at Rio three years ago, winning bronze in the men’s road time trial B.

Besides his Paralympic success, Modra was a seven-time world champion and won two gold medals at the Glasgow Commonwealth Games in 2014.

Cycling Australia CEO Steve Drake said: “We are terribly saddened by the news and our immediate thoughts go to Kieran’s family and friends during this difficult time.”

Lynne Anderson, chief executive of Paralympics Australia, also paid tribute to him, saying: “We are in shock and we are absolutely devastated.

"Our deepest condolences are with Kieran’s wife Kerry and their three children as well as the people within the Paralympic community, particularly the Para-cycling community, who will be rocked by this tragedy. We are hurting with you,” said Anderson.

“Kieran was a giant of Australian Paralympic sport, not only because of his competitive success but also because of his wider contribution to the Paralympic movement across multiple sports over many years. He has left a legacy that will live on.

“As an athlete, he was the fiercest of competitors who was at his best when the odds were against him. Away from the competitive arena, Kieran was a kind soul and a great character with a huge heart who loved engaging with people and sharing his experiences,” she added.

“In retirement from elite competition, Kieran was always giving back, working as a mentor to the next generation of talent and it was our pleasure that he accepted to our invitation to participate in our Tokyo 2020 Team Processing sessions to share his experiences with athletes aiming for Paralympic success next year.”

“He has left a legacy that will live on.”

British four-time Paralympic champion Neil Fachie described the news of Modra’s death as “heartbreaking” in a post on Twitter.

Heartbreaking news this morning. Kieran was in my eyes the greatest tandem stoker ever. He was one of the nicest guys, as well as a ferocious competitor. I will never forget competing alongside you in Glasgow Kieran, thank you for the memories. Rest in peace big man. https://t.co/mlIitykw7w