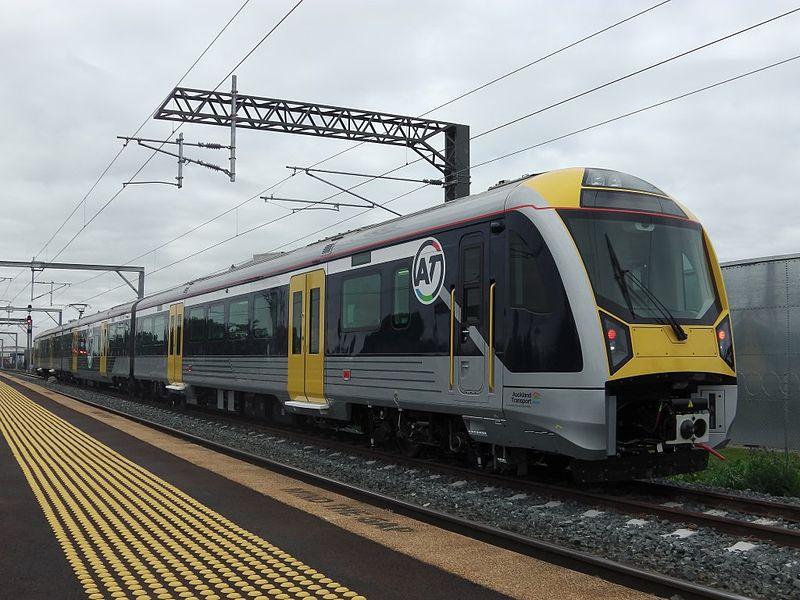 Transdev train in Auckland (licensed CC BY SA 3.0 by Pcuser42 on Wikimedia Commons)

‘Get f*cked!’ Sleeping cyclist on NZ train refuses to move for mother and baby

A cyclist on a busy commuter train in New Zealand who was lying down next to his bike on priority streets refused to move for a mother and her baby – and told the train manager to ‘Get f*cked’ when he was asked to move.

The incident happened last Wednesday morning on a train from the Auckland suburb of Onehunga to the city’s Central Business District, reports the NZ Herald.

Passenger Stuart Dawson, who boarded the train at 7.18 am, noticed the cyclist sleeping across four priority seats, meaning that when a mother got on at the next station with a pram, she had nowhere to sit.

Mr Dawson managed to attract the attention of the train manager, who asked the cyclist to move, but was given very short shrift indeed.

“He went up and asked the cyclist to move and the guy just said, ‘Get f*cked’,” Mr Dawson said.

“He said that a couple of times. The manager then said, ‘If you continue doing that, I'll let you off at the next stop’.”

“The cyclist repeated what he said, saying ‘f*ck off’ and went back to sleep. The manager then walked off and did absolutely nothing.”

There were reportedly only a couple of free seats in the carriage, meaning that with the priority seating occupied there was nowhere for the woman to park her pram.

“The train manager actually went up to ask her if she was okay,” Mr Dawson continued. “She wasn't happy and looked rather uncomfortable.

“He [the cyclist] was not a nice character to deal with.”

He said that while he had seen the woman and her child on most morning’s before last week’s incident, he had not seen them since, adding: “I guess the passenger may have been put off catching that particular train.”

A spokesperson for train operator Transdev said: “Antisocial behaviour like this is uncommon on rail services.

“We take every precaution to ensure the safety of our customers.

“These include conflict resolution and customer service training for our staff.

“Train managers are supported by staff in other roles in deterring antisocial behaviour.

“Onboard staff will call police when an incident justifies this.

“We are pleased the Train manager followed her training by checking on the needs of the affected customer, and that the situation did not escalate.”

Usually when we report about bikes on trains on road.cc it’s due to lack of provision of cycle places, or the difficulty of stowing a bike there.

However, occasionally stories crop up such as this one where people block seats with their bikes to the anger of other customers, as in this pair of incidents from 2016.