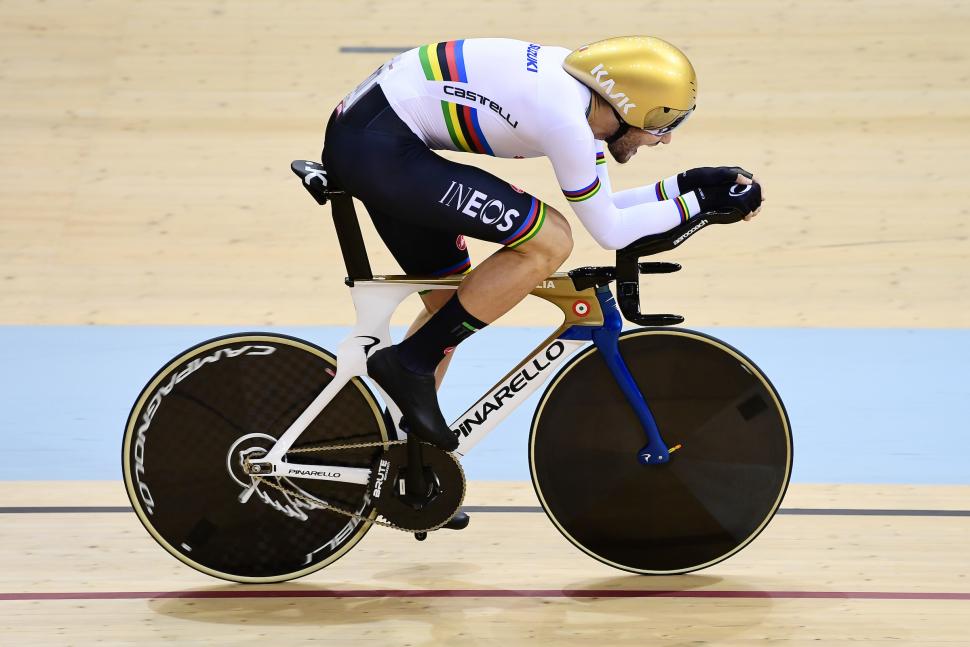 Italy’s Filippo Ganna has broken the individual pursuit world record twice in a day at the UCI Track Cycling World Cup in Minsk.

In qualifying this morning, the 23-year-old rode a time of 4:04:225 to better the previous record, held by Ashton Lambie of the USA at altitude in September.

Subsequently in the final, where the three-time world champion beat Great Britain’s John Archibald, Ganna clocked a time of 4:02:647 – an average speed over the 4 kilometres of 59.5 kilometres an hour.

There is now a very real prospect that a record that until August last year had only been broken once in more than two decades will soon stand below the 4-minute mark.

Chris Boardman held the record from 1996 to 2011 with a time of 4:11:114, set in Manchester on the subsequently banned Lotus 108 monocoque bike designed by Mike Burrows.

By that time, the event had been dropped from the Olympic programme and as a result had lost some of its allure.

That record stood until August last year when former gravel racer Lambie, a relative unknown on the track, broke it in Aguascalientes in Mexico with a time of 4:07:251.

In September this year, the American broke the record again twice in a day at the Pan American Championships in Cochabamaba, Bolivia.

While all three of Lambie’s record-breaking rides have come at altitude, Ganna’s efforts today came at sea level.

A time trial specialist on the road, where he rides for Team Ineos, Ganna is the reigning Italian national time trial champion.

In September won bronze in the individual time trial at the UCI Road Cycling World Championships in Yorkshire, behind reigning champion Dennis and