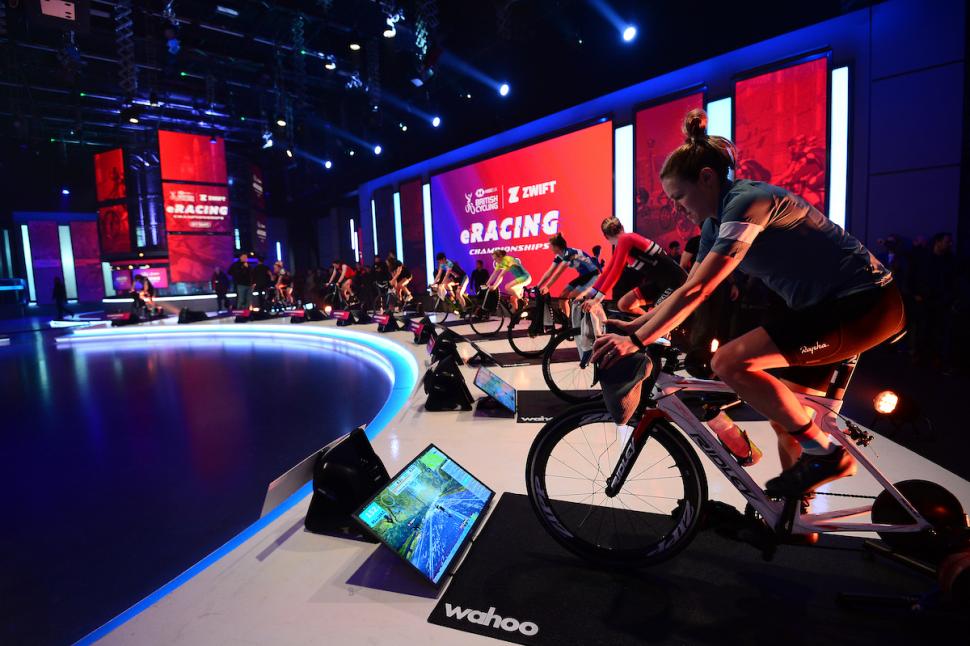 Zwift’s first foray into an officially-sanctioned national championships may not have gone to plan, with the news last week that Cam Jeffers, crowned men’s British eRacing champion in London in March, had been disqualified for unsporting conduct – but the recent announcement that the UCI will partner with the virtual cycling platform for an eRacing World Championships next year marks another step forward in its plans to become a full Olympic sport.

It’s a goal that Zwift co-founder and CEO Eric Min repeated last month in an interview with Zwift Insider in which he also revealed that ahead of next year’s World Championships, officially sanctioned national championships will be held around the world in March.

“What we want to do is try to get more kids on the platform so that they can compete in these big events,” he said. “You’re going to find talent and they will be picked up by federations or trade teams, but that’s our goal.

“Our goal is to have programmes, invest in programmes, where we can have a pipeline of more people coming into the sport,” he continued, adding: “You can quote me on this, but in the next ten years, a Tour de France winner will have been found on Zwift.”

Paris seems unlikely, with the International Olympic Committee (IOC) saying last year that eSports would not be considered for 2024 – instead, breakdancing is already confirmed, with surfing, climbing and skateboarding all-but-certain to follow.

Each of those sports have something crucial to the IOC heading into the third decade of the 21st century – youth appeal – and given the mass appeal of eSports to the Millennial generation (and the money such competitions now generate), Zwift’s hopes for a slot at Los Angeles in 2028 don’t seem too far-fetched, especially if next year’s World Championships help build the momentum of top-level eRacing.

Announcing that competition in Harrogate last month during the UCI Road Cycling World Championships, the governing body's president David Lappartient said:  "We have been looking at the emergence of eSports for some time with Zwift.”

He highlighted “a particularly exciting opportunity” to bring in a younger audience for cycling through eSports.

“Together we have an opportunity to support a fitter youth, through the creation of a new sustainable sport,” he added.

There’s also one thing that marks out Zwift from other eSports that could act in its favour – unlike others which rely on hand-eye co-ordination, it is based on physical effort, and could be seen by the IOC as acting as a stepping-stone between traditional Olympic sports and those that take place fully in a virtual environment.