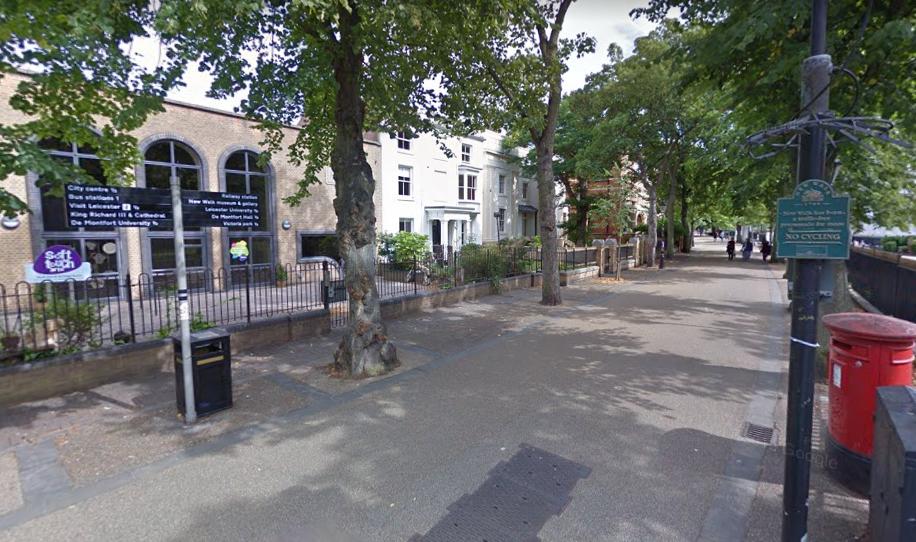 Leicester City Council has removed six heavy duty blocks that were placed to deter cyclists from using a city centre pedestrian route earlier this year. Leicester mayor Sir Peter Soulsby has previously said that speeding cyclists are “a long-standing issue” on New Walk, but a £3.9m cycle scheme on nearby London Road is approaching completion and it is hoped that local cyclists will see it as a viable alternative.

A by-law means that cycling on New Walk is punishable by a fine, but fast food cyclists in particular have often been spotted riding the route at speed.

In June, six heavy-duty ‘seating blocks’ were placed on the route to deter cyclists at a cost of £5,400.

Speaking at the time, local cyclist Chris Williams said the measures were a “waste of time” because cyclists could still get past and alternative routes were too dangerous.

Williams advocated a police crackdown – but only once the London Road cycle route had been completed.

The Leicester Mercury reports that the blocks were removed earlier this week, in anticipation of the Leicester Marathon, which ultimately did not go ahead.

Soulsby said he hoped they would not need to be replaced with the London Road cycle lane almost complete.

“The idea was always that they would be a temporary measure, and with the marathon set to take place now is a sensible time to move them.

He added: “I don’t think we ever envisaged that they would stop cycling entirely on New Walk but they have served a purpose in slowing down riders.

“One of the issues was the speed of cyclists who were free to roll down the hill at some speed and the blocks have slowed down the cyclists.

“The London Road cycle lane scheme is not complete but not far off it and will provide an alternative for many cyclists who presently feel New Walk is the only safe option to ride into the city centre.”