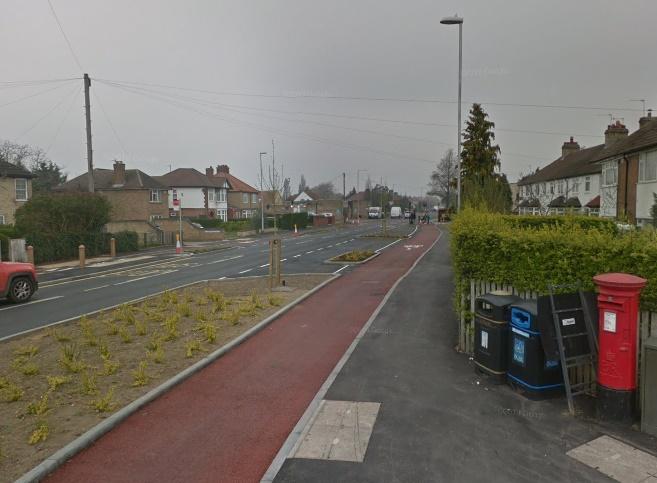 A Cambridge resident has complained that a kerb built to separate a cycle lane from motor traffic is "an accident waiting to happen". The anonymous complainant claims that “at least 100 cars” have blown their tyres on it in just over three weeks.

Cambridge News reports that the cycle lane in question runs along Green End Road, but it is the kerb on the roundabout that connects Nuffield Road that is said to be causing problems.

The resident said the kerb was difficult for drivers to see, especially in the dark.

"In the past three and a half weeks at least 100 cars have blown their tyres on the kerb,” he said.

"The other day I saw an Audi hit the kerb and spin into oncoming traffic. That road is less than 100 feet from a school. It's an accident waiting to happen. It's crazy.

"The actual kerb has been broken because it's been hit so many times. Drivers are only hitting it at 20 or 30 mph.

"In the dark it's completely camouflaged. It's a black kerb on black tarmac. That's why drivers keep hitting it.

"There aren't any bollards or signs to say it's there so drivers don't see it."

A spokesman from the Greater Cambridge Project said: "We are delivering five Cross City Cycling schemes to make it easier and safer for people to cycle around Cambridge, helping to reduce congestion and improve air quality.

“We are awaiting the findings of a post-construction safety audit of the Green End Road scheme and will carry out any necessary work.”