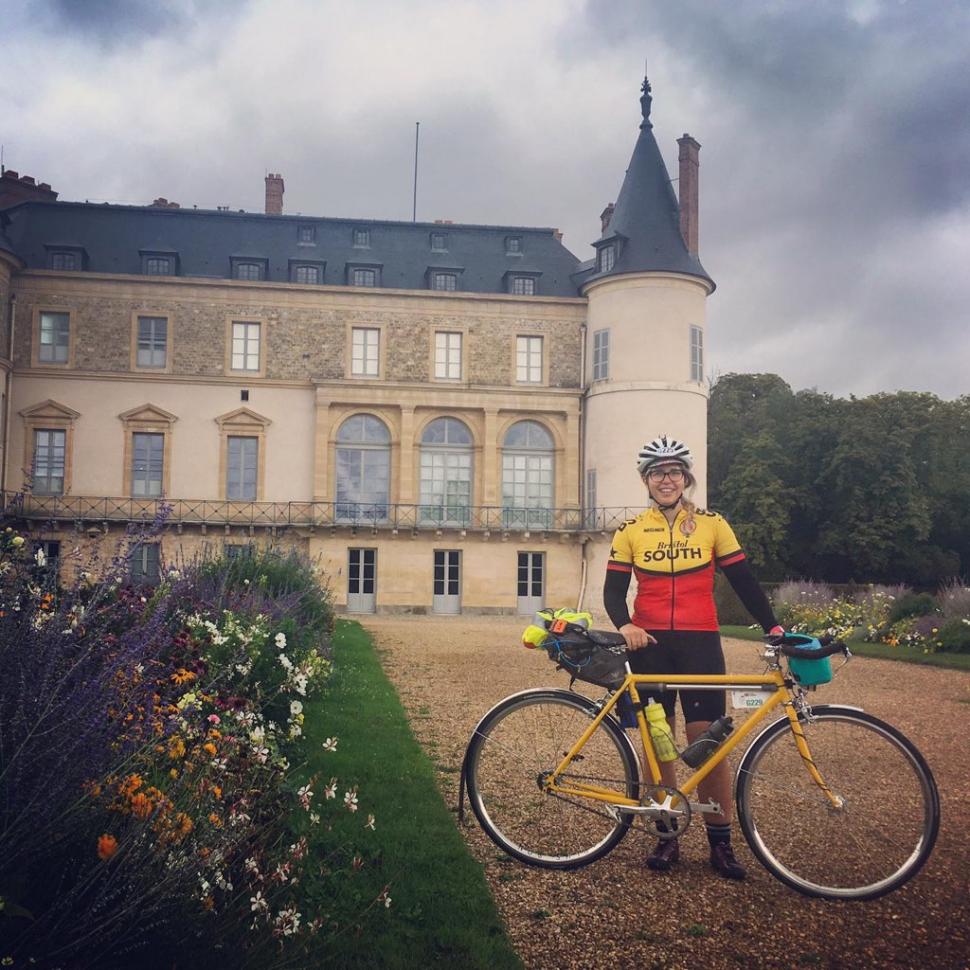 “France is flat they said, there’s only one ‘real’ hill they said”
by Will Bolton

Over the past week, 550 British amateur cyclists took on the world's largest long-distance cycling event, the Paris-Brest-Paris (PBP) Randonnee - one of whom was Eleanor Jaskowska. Yesterday morning she became the third female ever to complete the ride on a fixed wheel bike.

Another Brit, Anne Learmonth first did the challenge in 1995 before Emily O’Brien replicated the feat in 2007.

The idea to ride PBP fixed was first mentioned to Eleanor by well-known Audax rider, and member of the 300,00-mile club, Judith Swallow: “Judith is someone I really admire. She told me I was a rouleur and the kind of rider who could do PBP fixed."

Added to this, over the past few years  a lot of her fellow riders at Audax Club Bristol also started getting ‘fixie fever’.

“I thought, well if the guys can do all these miles riding fixed then why can’t I?

“I genuinely had no idea that, so few women had done this. Proof if you ever needed it that women are much more sensible than men!”

In 2007, Emily O’Brien spoke about PBP on her blog saying: “Paris Brest Paris 2007 was a ride of truly epic proportions in every way, and an experience like no other.

“It really is a good route for a fixed gear.  The hills are constant, but none of them are ridiculous. I never needed to even think about getting off and walking on any of them.”

Eleanor was more honest in her reflection on the hilly nature of the route: “So before the ride everyone said it was ‘rolling’. France is flat they said, there’s only one ‘real’ hill they said. 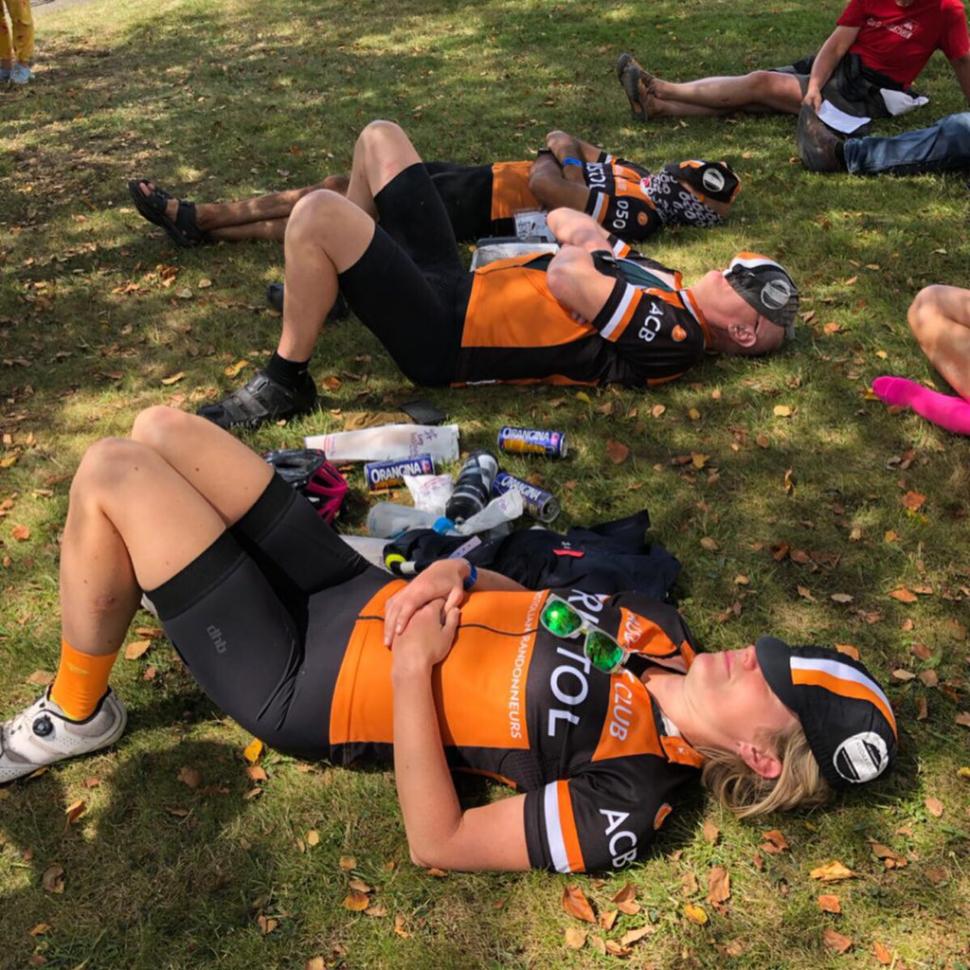 “It is not flat. The climbs are all shallow and there is nothing that in itself it too demanding, but the hills are frequent and unrelenting. With over 11,000 metres of climbing it isn’t flat!”

We spoke to Anne Learmonth, the first woman to do the challenge, earlier in the week and she said: “I rode Paris Brest on fixed wheel in 95, not sure how. I know (Emily O’Brien) did it in 2007 and since then in nearly 12 years there has been nothing.

“Having said that, I think there was a British woman this week who may do it, I know she was setting out to ride it but whether she has finished it I don’t know…”

Eleanor clearly did finish the ride, doing so in an impressive time of 88hr 29min 09sec. Her average speed was just under 14kph.

“My average speed was quite a lot lower because I was self-limited by cadence on the descents” said Eleanor.

“I realised early on that I was going to have to faff less and pedal more to make the time cut offs at each control.

“The pressure was pretty intimidating, but I was so determined not to let this slip from my grasp. I ended up pulling two pretty big night shifts and dug pretty deep.”

Having a total mare trying to hold on to the groups on any descent pic.twitter.com/U6lB4T4rRF

All the participants in the event set off from the outskirts of Paris last Sunday evening, attempting to ride 1200km (750 miles) to Brest, on France’s Atlantic coast, and back, in fewer than 90 hours.

The riders have to be completely self-sufficient on the road– no support vehicles or crews are allowed – and must reach each of 13 designated ‘control’ points within strict time limits to avoid being disqualified. 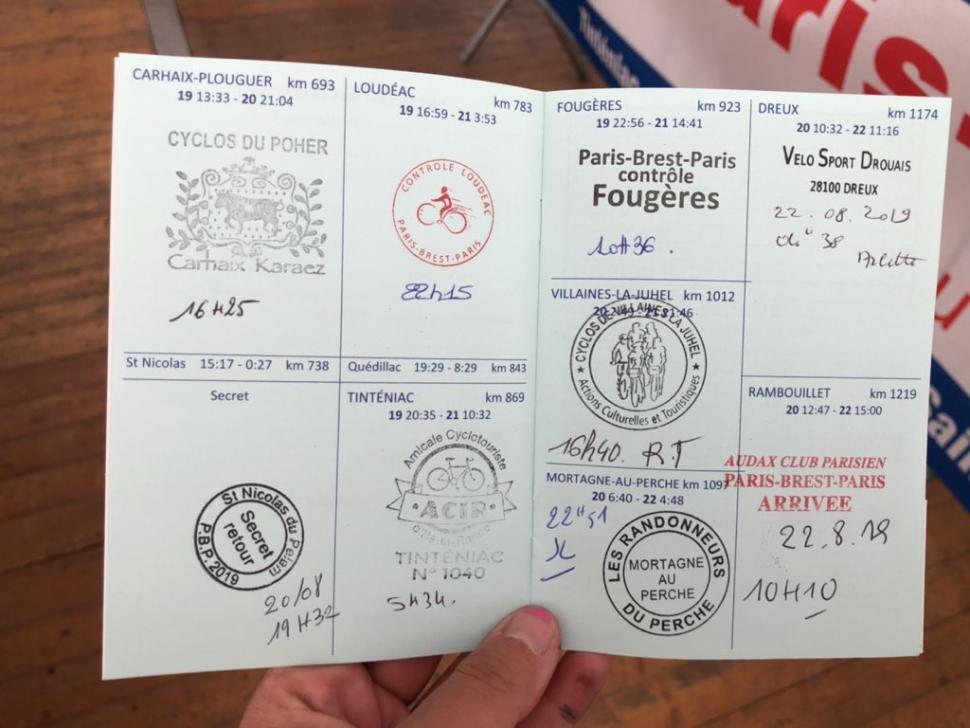 They have to get off their bikes to rest and eat, but the clock never stops, meaning most will have had to ride through at least two nights.

For Eleanor, the third night was the most challenging: “It was an hour’s kip on the bench of a changing room with random blokes walking in every few minutes trying to see if they could jump the queue for the men’s toilets by sneaking into the women’s!”

The British riders earned their places in PBP by completing a series of Audax UK cycling events of up to 600km.

Eleanor started doing Audax 3 years ago while training for TCR no5: "It was something totally new for me at the time I’d been riding for around a year. TCR didn’t go my way and I scratched at 1,600km but I loved the Audax community that I’d discovered through my preparation so stuck I with it.”

Who is the first female winner of the Transcontinental Race?

For Eleanor, as with most of the other riders in the event, the sleepless nights and other hardships were balanced out by the special atmosphere of PBP: “Seeing all the different bikes at the start, everything from fat bikes to recumbent tandems.

“The roadside support- one guy holds a 24h coffee party in his garage and gives out address cards. The only thing he asks for in return for caffeine and cake is that you send him a postcard when you get home.”

Of course, the big question is, what was the bike like?

“Well, she’s called Eileen (after Eileen Sheridan) and she’s a Temple. She’s a lovely classic looking lugged steel frame so she fits in well on an Audax!

“I ran 46x18 and bullhorn handlebars which I love for climbing! The wheels are H plus son rims with a son dynamo in the front hub. I run a sinewave usb charger as well as the dynamo light as I prefer to not have to worry about battery life.” 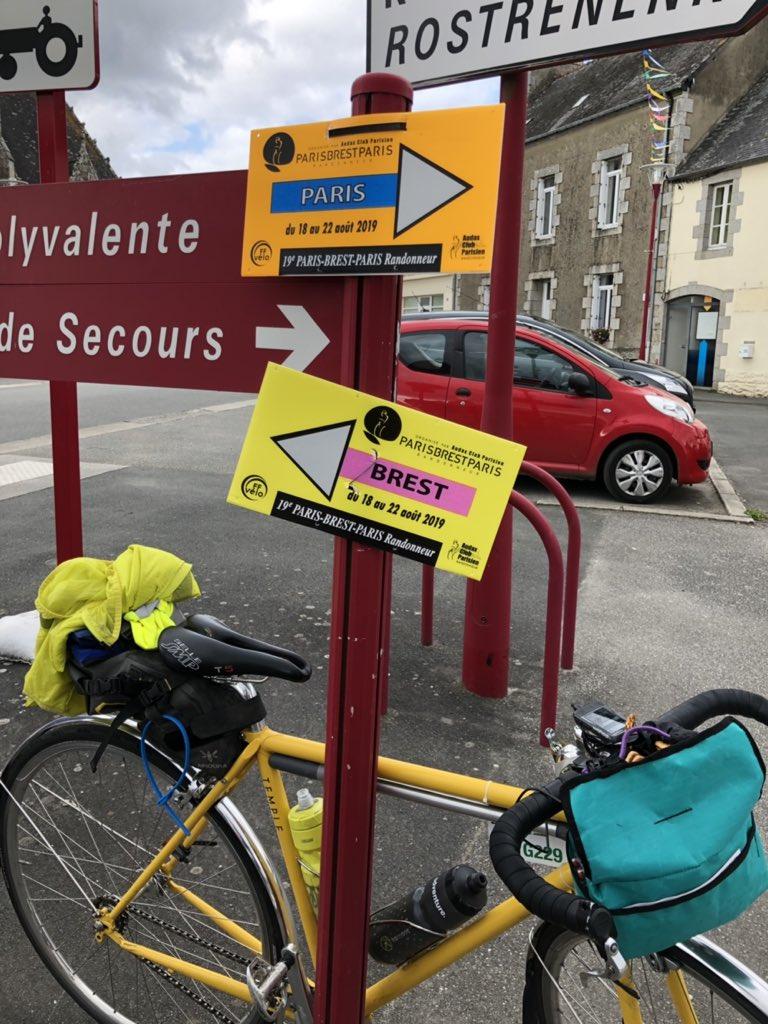 Some other notable rides include, Rimas Grigenas, who was the first Audax UK rider to finish this year’s event in a blistering time of 48hrs 53mins 09secs.

Hajo Eckstein of Germany was this year’s fastest finisher with a time of 43hrs 49mins 47secs.

Ana Orenz was the fastest female finisher in a time of 51hours 2mins and 34secs.

So, would Eleanor be back at PBP in the future?

“I don’t know! During and immediately after my answer was ‘no’.

“I think there’s something about it only happening every 4 years and the incredible roadside support from the community that makes so unique.

“If I did it again I’d be one of those people that would want to do it on a different bike to make sure I had a different experience- maybe on a tandem with my pal Grace!” 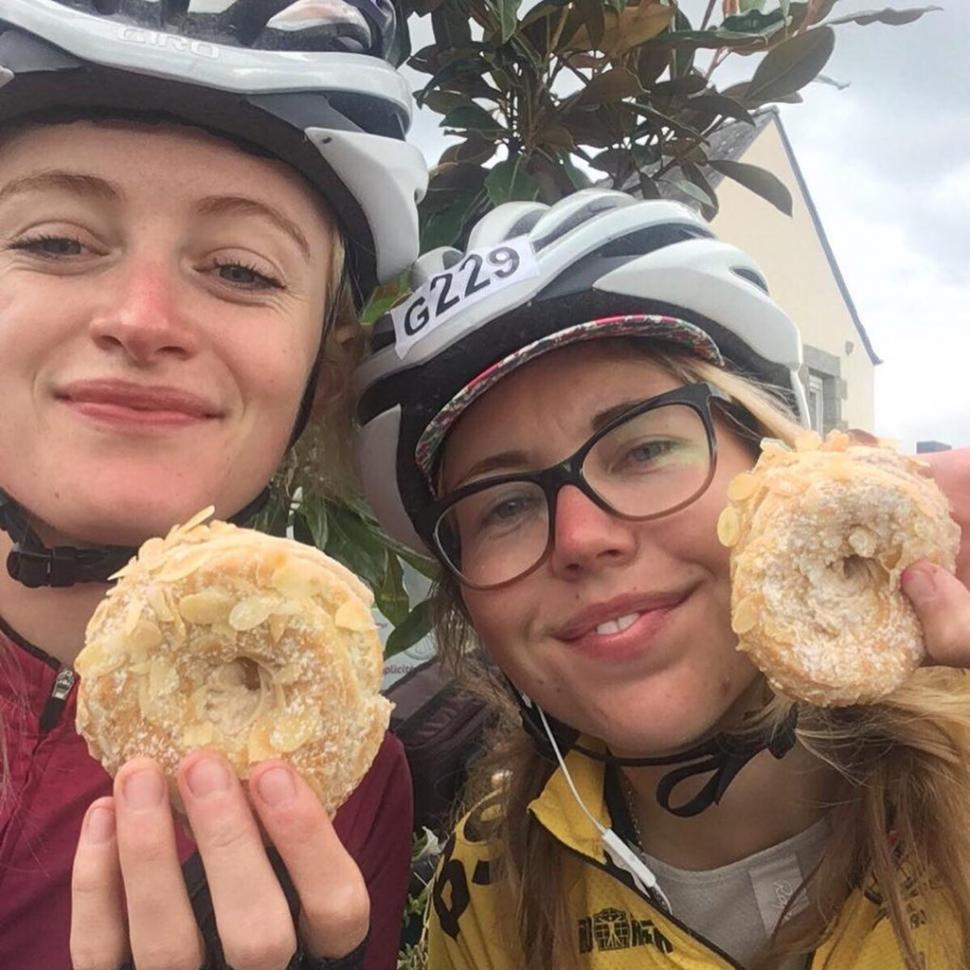