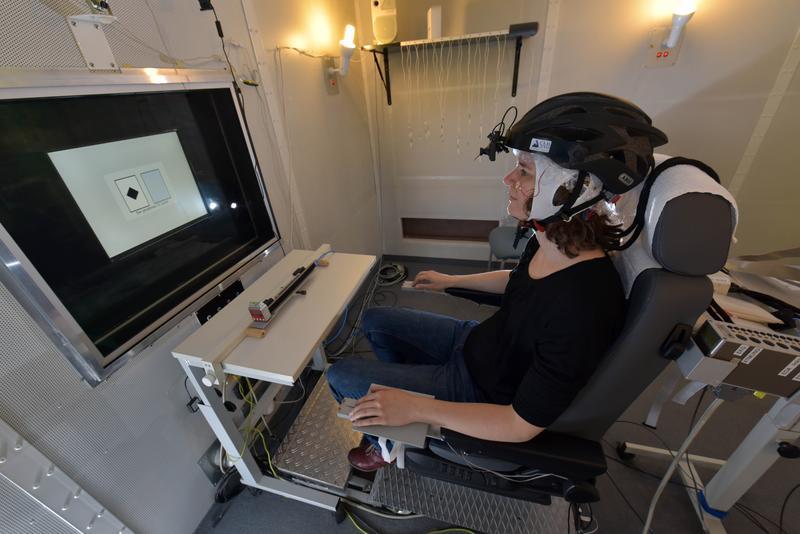 "Participants associate a feeling of safety with wearing the bike helmet” explains neuroscientist who led study...
by Simon_MacMichael

Wearing a cycle helmet may encourage people to feel safer and could therefore hamper their ability to make decisions related to risk-taking, according to a new study from Germany.

The laboratory-based study was carried out by researchers from the Friedrich Schiller University Jena, in co-operation with the Canadian University of Victoria, and has been published as an open-access article in the journal Psychophysiology.

It references research including a 2016 study, also laboratory-based, by Dr Ian Walker and Dr Tim Gamble of the University of Bath which concluded that wearing a cycle helmet  leads to a greater propensity to take risks.

The 40 subjects in the Jena study were split into two groups of 20 people, each comprising 10 men and 10 women.

The control group did not wear cycle helmets, while members of the group that did were deliberately misled about the nature of the study, being told that it was to measure their eye movements through an eye tracker mounted on the helmet.

Members of both groups were required to play a card-based computer game in which small amounts of money could be won and where they were presented with high-risk and low-risk options to enable their decision-making in relation to risk to be assessed, with all participants wearing an electroencephalogram (EEG) so researchers could see what was happening within their brains.

They discovered that the “Frontal Midline Theta Power” – described as “the brain activity that characterises the weighing up of alternatives in the decision-making process” – was much less pronounced among those subjects wearing a cycle helmet.

“Therefore, we conclude that the helmet clearly has an impact on decision-making in the risk game,” explained neuroscientist Dr Barbara Schmidt, who led the study.

“Obviously, participants associate a feeling of safety with wearing the bike helmet,” she continued, explaining that cognitive control – the term psychologists use to describe the neuronal mechanism of weighing things up, is less pronounced when a helmet is worn.

“It is possible that this is a priming effect,” she said. “This means that the significance we associate with a helmet automatically has a cognitive effect that is also measurable in the brain.

“Investigating neuronal parameters allows us to learn more about why we act the way we do – and how this can be influenced.

“In the present study, we used the very subtle manipulation of wearing a bike helmet. But safety can also be suggested more clearly, for example during hypnosis,” added Dr Schmidt, who also works in that field.

“It is stunning to observe how suggestions can influence brain activity,” she said. “In the hypnotic state, participants are very open to suggestions, for example, the suggestion of a safe place.

“Wearing a bike helmet can also be interpreted as a suggestion on a subconscious level. The current study shows that even such a subtle intervention significantly affects decision-making processes.

“Experiments like this help us to understand the mechanisms behind the effect of suggestions on decision-making processes in more depth,” she concluded.