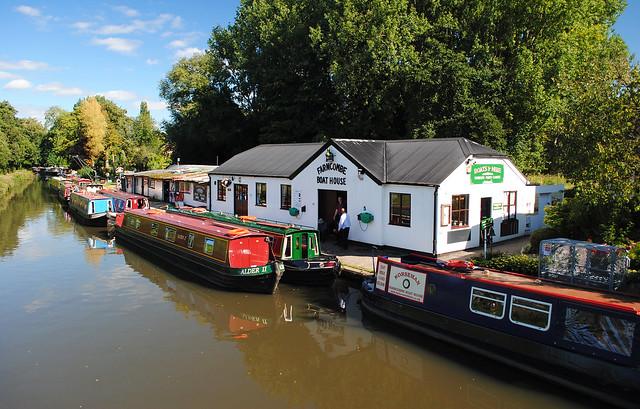 Surrey Fire & Rescue have taken to social media to praise a quick-thinking passer-by who rescued a cyclist from the River Wey after she slipped while riding along the towpath and fell into the water.

The incident happened at around 3pm this afternoon close to the Farncombe Boat House in Godalming, reports Surrey Live.

The woman, who lives locally and is believed to be aged in her 60s, was reportedly riding with her partner at the time.

Peter Hector, who owns the nearby café Hector’s on the Wey, told the website: "It was probably someone walking along, not paying attention, that made her go to the side, because it took her off the towpath and she toppled over.”

He said that the couple were regulars at the café and that he often saw them cycling by the river.

"They are always on their bikes on the towpath, it's not a strange route for them," he explained.

Surrey Live says that a member of the public who was passing by pulled the woman and her bike from the water, before fire crews and a rescue boat that had been alerted reached the scene, and the emergency services were subsequently stood down.

The woman was checked over by paramedics at the scene as a precaution before being taken home.

"She was shaken up and shocked a little bit," Mr Hector added, "but well."

Update - Female was rescued by members of public prior to the arrival of the service. Our crews including @SurreySAR are standing down, and the female has been handed over to @SECAmbulance for a precautionary check up - Well done to those members of public who assisted