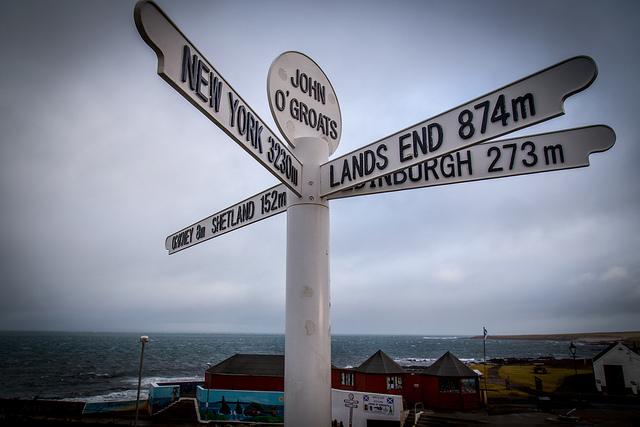 A Scottish endurance athlete is currently heading towards the Forth Bridge as she aims to become the fastest woman to ride from Land’s End to John O’Groats and break the existing record which has stood for 17 years.

Christina Mackenzie, who was born and raised in Stornoway on the Isle of Lewis and is the current Veteran Time Trials Association women’s 24-hour record holder, set off from Land’s End at 8.00am yesterday morning.

The current record stands at 52 hours, 45 minutes and was set in 2002 by Lynne Biddulph, who was out on the roadside last night to cheer Mackenzie on.

A busy night at Gailey with @Lejogmack. Fantastic sportsmanship from record holder @LynneyBiddulph, out to give @christina_mack a cheer with her parents, members of the @MerseyRoads24 Williams clan, @24HourMaths, a bear, a squid and Buzz! pic.twitter.com/mJeQeODfyH

Earlier this afternoon, she passed the 500-mile mark as she rode through Lockerbie – with Michael Broadwith, who last year broke the men’s record, which had likewise stood for 17 years, sharing this chart of her progress on Twitter.

500 miles down for @Lejogmack @christina_mack as she passes through Lockerbie - looking strong & steady, tracking that dotted original schedule (differs from RRA schedule) Beware though, that red line of @LynneyBiddulph has a sting in the tail. It should be an exciting evening... pic.twitter.com/K17W2mkW93

Mackenzie, a member of Stirling Bike Club, had to battle a headwind for a while this afternoon and having been half an hour or so up on Biddulph’s record yesterday, saw her advantage narrow today.