In recent months, thick branches have been cut down and fixed at head height along a bridleway in Bradwell, carpet tacks have been laid across a road in Bamford and a wall of rocks has been constructed across a path in Aston in the Peak District, the Derbyshire Times reports.

Images showing the obstacles have started circulating on social media among cyclists, walkers and horse riders who have condemned the dangerous practice.

Derbyshire police have now expressed their concern that lives could be put at risk and urged those responsible to stop. 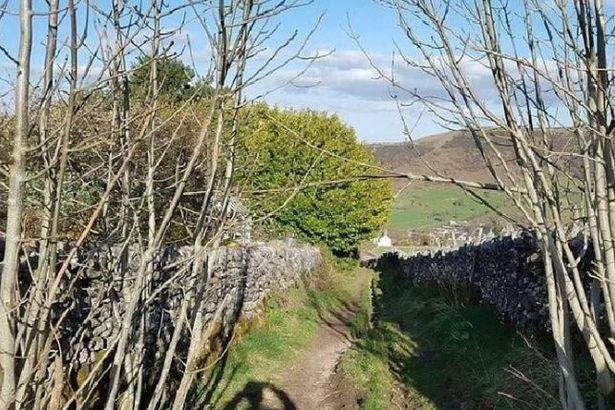 In a statement, the force said: “Officers are aware of issues in the Bamford area regarding tacks on the road, however, we are not aware of other issues in the areas mentioned at this time.

Fulwood man Chris Maloney, who writes the Keeper of the Peak blog that promotes cycling, urged those responsible to stop immediately.

The 37-year-old father-of-two said: “If someone sees these obstacles late and comes off their bike then this could cause very serious injuries or even put people's lives at risk. 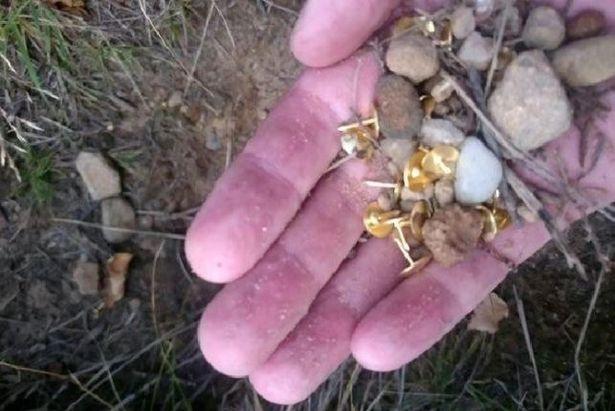 Tacks were found on a number of paths in the area (Image: Derbyshire Times)

These type of incidents are nothing new and road.cc has documented many similar reports of wire, branches and tacks being used to obstruct cycle paths.

Last year we reported that a cyclist riding with his family fell off his bike and hit his head on a rock after wires were strung across a cycle trail in a country park near the New Forest.

A couple of years ago there was an even more sinister incident where barbed wire was stretched across a path in Kent.

Earlier this year a man was injured in Swansea after a wire was strung across the promenade, as reported in WalesOnline.

In that incident, Jonathan Ace, from Bonymaen , was cycling along the city's promenade near St Helen's cricket ground on Monday morning when he fell to the floor after being struck in the chest.

The force of the fall caused his helmet to crack and left the 38-year-old with a massive headache.

Mr Ace said: "I was just out for a general bike ride but fortunately at the time I was having water so I wasn't going flat out.

"It [the fall] cracked my helmet and I was only going between 10 and 12mph. It's frightening if I had been going about 18 or 20mph it could have been a different story.

"The wire hit me on my chest and pushed me off the bike. There was fishing braid wrapped around my bike afterwards and it was all caught in the pedals and wheels.”

Any incidents of trail sabotage should be reported to police on 101.