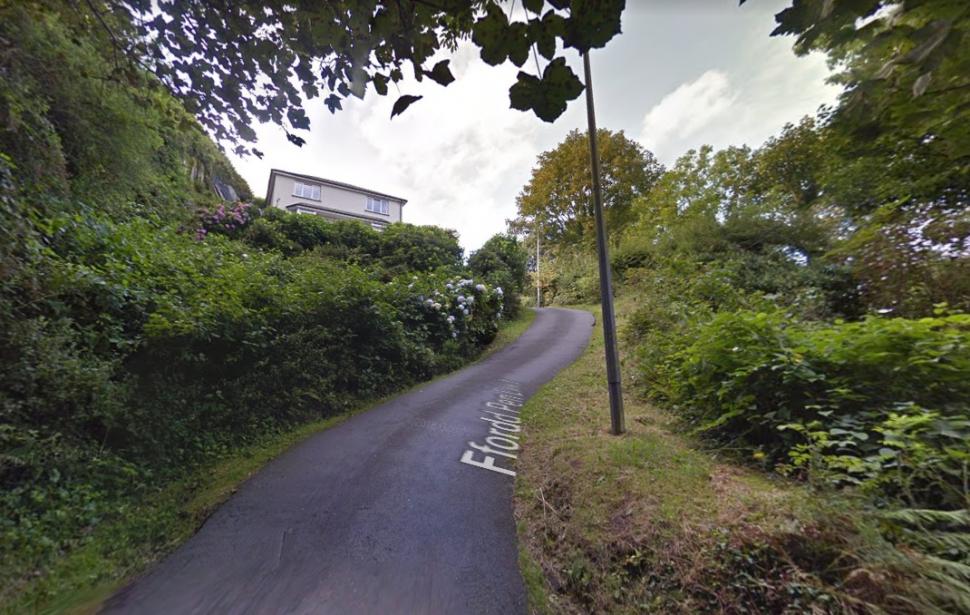 ONE of the oldest shops in Taunton, Ralph Colman Cycles has closed after almost a century in the town.

Confused customers have been informed that Ralph Colman has ceased trading.

Road.cc's Laura Laker was personally affected by the closure, but was unsure why the shop had been forced to close as cycling levels in the area are fairly high.

Super sad to see the bike shop I've used since childhood, and still used when I visited family in Somerset, has now closed. It was in business since 1925 - and one of the oldest shops in Taunton. https://t.co/LpzwRhqunP 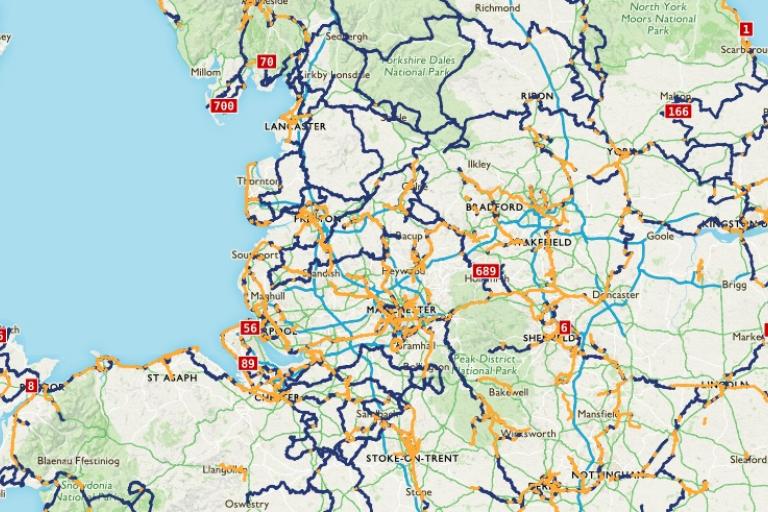 Users can now select an option to view 16,575-miles of UK cycle routes. You may or may not have seen that the Guinness Book of Records has recognised Ffordd Pen Llech in Harlech as the world’s steepest street.

It’s now been announced that Welsh Cycling will be heading to Harlech on the weekend of August 11 for the Harlech Hell Climb.

“We’ve always wanted to add these type of events to our calendar and having the opportunity to do it in Harlech is really exciting for us. We hope people will come and take on this huge challenge.”

Full details of the event here.

#TDF2019
.@WoutvanAert unfortunately has to abandon the race after his crash. He is conscious and has a flesh wound at his right upper leg.

Wout van Aert. Out of the Tour by the looks of it. Not good. pic.twitter.com/XJ4vPq6Rmd

One of today's big favourites is on the road now :  national champion @WoutvanAert !

'It was a bit too much climbing for me'@alexdowsett spoke to @friebos after his time trial pic.twitter.com/eM18FE56TY

This is the current top five with most of today's favourites still to come.

Me: Do I look a bit like Daniel Oss?

This was what Marianne Vos looked out at in her La Course press conference just now. Me and a lot of empty seats. Embarrassing that one of the sport’s greatest ever riders gets ignored like this #TDF2019 #LaCourse pic.twitter.com/gm6Sy6UM8f Near Miss of the Day 289: Driver immediately returns to road after left hook

Today’s near miss has fallen foul of Greater Manchester Police’s two-minute rule. The force says it requires two minutes of video either side of an incident and the cyclist didn’t have this.

Has Alex Dowsett (and his helmet) got a chance of triumphing on today's TT after a certain Australian went walkabouts yesterday? He's certainly in fine form after bagging the national championship title last month.

Biscuits decorated like all the team jerseys is the latest in this year's line of baked goods to do with the Tour. How do we get some sent into the office for "review"??

There was heartbreak for Amanda Spratt who spent almost all the day away in the break, only for Marianne Vos to power past her on the final steep incline to win the sixth edition of La Course.

On a rolling 121km route on rolling terrain around Pau, the riders completed five laps of the 27.2km individual time trial course which will be used by the men later on today.

Having won four stages of the Giro Rosa this month, the "female Eddy Merckx" showed exactly why she is the dominant name in women's cycling at the moment.

“One day of racing is clearly not enough for women ... if we want a women’s Tour de France, we can,” Lappartient added.

“For women’s cycling we can continue to push -- I’ve had strong discussions with (ASO) and I hope we can reach an agreement for the future.”

Why don't cyclists use cycle paths? A story in 50 seconds. pic.twitter.com/NPympm0XEH

You'd think it would be almost impossible to film so many hazards in under one minute, but alas...

The UCI commissaire made me lower my socks 1cm yesterday. No wonder my prologue was shit

Christine, how could you? Your competitors have trained long and hard and you think that you can cheat their hard work with an extra 1cm of sock length.

It's good to see the UCI fixing the big issues in cycling...

Yes, you've got two broken ribs. The good news is that they're nice clean breaks. Hurray!

Things are even going BOOM for both @Bahrain_Merida and @JumboVismaRoad after the stage. BM team bus side swipped the Jumbo van. The Tour circus, how I've missed you. pic.twitter.com/vJl0yyBWo1

After their leader, Nibali, suffered stomach problems and Rohan Dennis went AWOL, all Bahrain Merida needed was a quiet departure from the stage.
Unfortunately, their bus clipped the Jumbo Visma bus. Not that Wout van Aert was bothered, he can be seen assessing the damage, before taking a selfie with a fan! 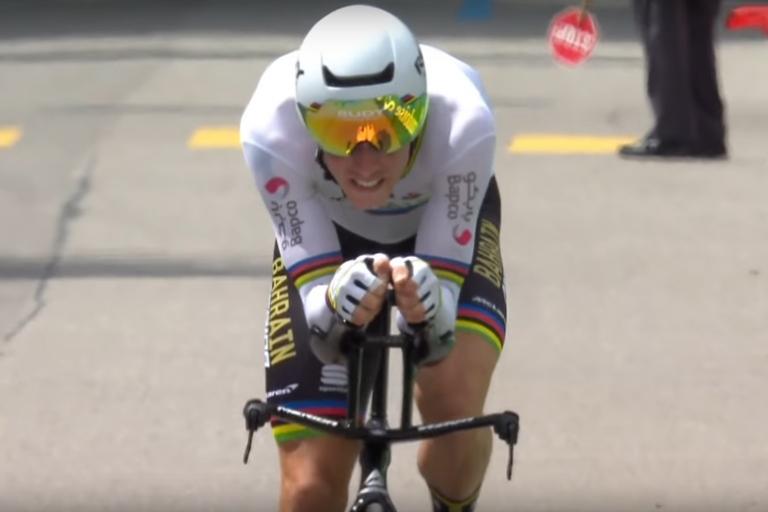 Okay, maybe we will add to the speculation

Or at least report on it.

What was behind Rohan Dennis’s “reluctant” withdrawal from the Tour de France?

There's currently a lot of speculation about the reason for Rohan Dennis quitting the Tour de France yesterday. We're not going to add to the speculation here, we're sure the full story will come out soon enough, but in the meantime here's a close look at the bike he would have ridden in today's individual time trial. It's a shame we won't get to see him racing against the clock in his world champion rainbow stripes. Gareth Mills, UK Country Manager of Strava, has listed a few below, but here’s the definitive list of who to follow.

“Could Alex Dowsett take the [time trial] stage win following on from his amazing British TT title? He's clearly in great form – a 50kph average when you're out on your own would indicate that.

“Egan Bernal’s skillset as a pure climber could set him up to take charge from Saturday onwards, hopefully giving the 'galacticos' of Team Ineos something to think about.

“The romantic in me really wanted Thibaut Pinot to podium this year, and I was sad to see him lose out when the wind tore the peloton apart on stage 10. I really hope that he stays well, and can get back into contention, otherwise he may as well lose some time and go for some stage wins.

“Looking back at the tour so far, my favourite stage was Thomas De Gendt's amazing win on stage 8, over 12,000 have given him kudos on Strava, rightly celebrating an incredible achievement.

“The Strava award for best photos uploaded to the tour has to go to Michal Kwiatkowski.”

The weekend’s big Strava segment is the Tourmalet on Saturday.

Mills said: “The Tourmalet also includes an 18.95km Strava segment. Over 25,798 Strava members have climbed it, with more than 30,500 activities being logged at an average time of 1 hour and 55 minutes.

“Of these only 62 were professional cyclists, climbing at a speed of 16.33km/h and around 40 minutes faster than the average cyclist.”