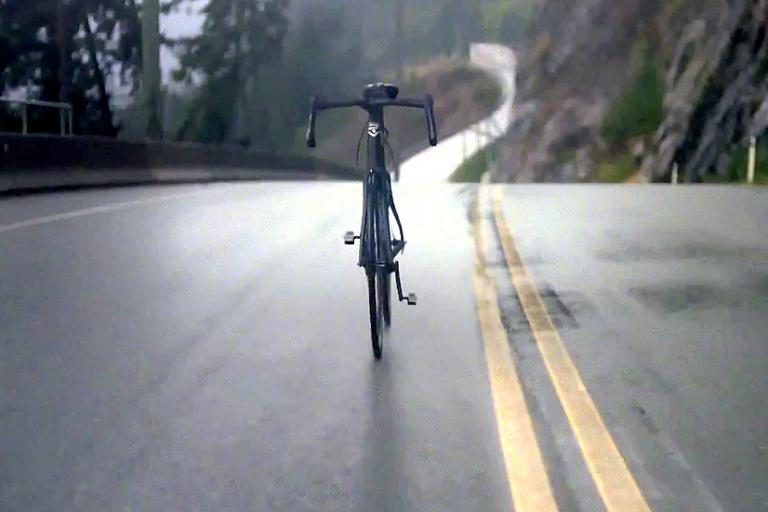 The BBC tries to explain how a bicycle stays upright - and road.cc's John Stevenson points out where they went wrong

With bikes in the news after Channel 5's portrayal of us cyclists as lawless killers, the BBC has gone after a bit of cycling-related website traffic with an article that asks the question 'How does a bike stay upright?'

Good question, you might say, and it is. But unfortunately the article doesn't get even close to answering it, and makes at least one serious error while failing to reach that destination.

After quite a lot of waffle about the gyroscopic effect of a spinning wheel, the piece concludes that this isn't actually what keeps a bike upright as it rolls along. It cites Dr Hugh Hunt from the University of Cambridge, as having built bikes with extra, contra-rotating wheels cancelling out the gyro effect of the wheels on the ground. Turns out they're still stable.

Rider skill, the article concludes, is what keeps a bike upright, which would be fine if it weren't for the fact that you can push a riderless bike off down a slope and above a certain speed it will keep going.

As well as failing to explain what keeps a moving bike upright, the Beeb repeats common misconception about wheels. It says: "when you sit on the bike, the axle pulls down on the rim and acts like an arch … you are, in effect, hanging off the rim of the wheel."

Except you're not. If that was how wheels worked, then the upper spokes in a loaded wheel would have higher tension than when not loaded. A few minutes with a spoke tensiometer reveals that they don't change, but in fact the tension in the lower spokes reduces.

This matters because it implies something important about building wheels: high tension is good. If the tension in a spoke drops to zero, the nipple is free to turn, allowing the wheel to go out of true. If several spokes end up with zero tension, the wheel can collapse because the spokes are no longer holding the rim in place.

A good wheelbuilder therefore builds with as much spoke tension as the rim can take, and well-designed rims have sturdy spoke beds to take the load from the nipples. If spokes increased in tension when a wheel's loaded none of this would matter, but observation confirms that under-tensioned wheels quickly develop problems and high-tension wheels don't.

With both sides blaming the other, Strava have made a new statement in response to Relive's, standing by their view that Relive broke API terms by using the data of Strava members. Here's the statement in full:

"We have strict standards for how our API partners utilise our member data. We deeply respect the trust of our member community and expect our partners to do the same.

"Relive’s current use of Strava member data violates our API agreement and we have ended its integration with Strava. We are disappointed that Relive was unwilling to make the changes necessary to comply with the agreement.”

Behind him, Geraint Thomas made up some time over other GC contenders with a very strong finish on the savage gradients and Giulio Ciccone put himself in the yellow jersey - full story to follow.

11 July 2019, 11:27
Strava vs Relive - Strava users no longer able to share Relive 3D videos of their uploads on the platform due to 'violation of terms'

So, this sucks… See what’s up (or down): https://t.co/XbHooFfuLy pic.twitter.com/kIsmchK9Nz

If you're on Strava's mailing list, you may have noticed an email last night announcing that they will no longer be working with the 3D video sharing platform Relive: "The current version of Relive violates several of the terms that we ask of our API partners.

"We've worked hard with Relive to try to fix this, but they have ultimately chosen not to make the changes needed to honour the agreement. So as of today, Strava will no longer send your activities to Relive for playback."

Relive have responded with a statement this morning, claiming that Strava weren't happy about new social features that are included on the latest release of the Relive app:

"We thought we had a thing. Until last week. After launching our first social features, we received a very unexpected message threatening to pull the plug. Given our long-term partnership, we immediately rolled back the changes like they requested.

We then tried to call, email, and talk this out with Strava. No response, except for new ultimatums and threats about our existing features they’ve applauded for years. It’s sad to see them suddenly go and we’re bummed about this, just like you. We like Strava’s product and we’ve been working with them for more than 3 years.

Nothing has changed about how Relive uses and protects your data or how we use their API. We’re working to make sure you can keep your current and past activities on Relive. We believe this is your data and you should decide how it's used. After all, it’s your legs doing all the work!"

For any Relive users who currently use the app via Strava, you will now have to share the activities by connecting it using compatible Garmin, Suunto or Polar devices instead.

Do Strava think Relive are getting too big for their boots by trying to roll out additional features that may jeopardise their status as the biggest social platform for athletes; or does this mean Strava may introduce a Relive-type feature of their own in the future? We've asked Strava for comment.

Well, @petosagan if we don't see you on the start line bright and early, we know where you'll be! #TDF2019 @BORAhansgrohe pic.twitter.com/6Ops3w1qn8

A big investigation by Europol, the European Union's law enforcement agency, has led to a huge seizure of doping substances and led to 234 arrests, according to their press release. In all the bust shut down 17 organised groups, stopped operation at nine underground labs and seized 3.8 million doping substances and counterfeit medicines. Mario Thevis, head of Europol's doping analysis lab in Cologne, said: “We learn from the case that obviously there is a big market. Only if there is a large market will imports and structures of this kind be built.“

It follows on from Operation Aderlass, when a number of pro cyclists and cross country skiers were caught in raids across Germany and Austria. No names in cycling have been implicated yet, but we'll update if there are further developments.

11 July 2019, 08:11
Sir Dave Brailsford plays down rumours that he's set to step down as Ineos cycling team manager to take on wider role for the company 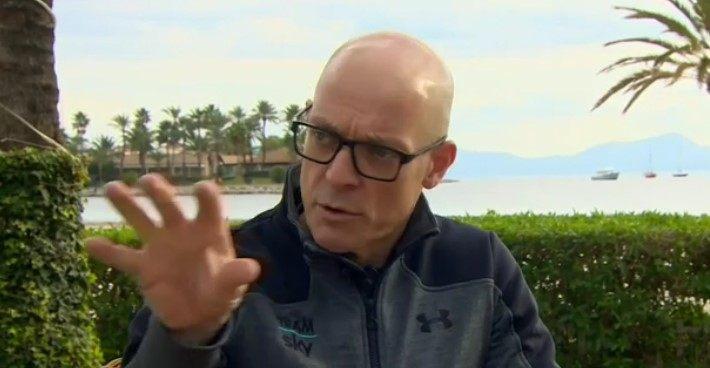 Ineos CEO Jim Radcliffe is known to be an admirer of his new cycling team's general manager, and it was reported yesterday evening in the Telegraph that Brailsford could be set for a new role that would see him oversee all of Ineos' sporting interests - which is growing at an alarming rate, having just purchased French League 1 football club Nice.

However, the Guardian reports that Brailsford was dismissive of the rumours when speaking to press before yesterday's Tour de France stage, saying he doesn't want to leave cycling completely: “You are constantly looking for things to challenge you and push you on. I don’t want to leave cycling, I love it too much, but equally I think this could be quite a challenge and it feels really invigorating."

Brailsford is already set to be involved in Eliud Kipchoge's second attempt to break two hours in the marathon , which is being organised by Ineos and will take place in Austria this October - do you think Brailsford will be tempted by a new challenge, and would the team be as successful without him?

Sagan was back to his best yesterday, taking stage five in emphatic style - and once more gave something back to his eyewear sponsor 100% by donning one of their ski masks.

In other Sagan news, here he is convincing us the world is flat thanks to the Specialized range of e-bikes. The man can do no wrong...

Massive FOMO today
Won my first @letour stage on La Planche des Belles Filles in 2012. What I wouldn’t give to be there racing it today
Please smash it @TeamINEOS https://t.co/3QVjDxbcEb

That's 'fear of missing out' if you weren't aware, as stage six heads towards the place where Froome won his first Tour de France stage back in 2012.