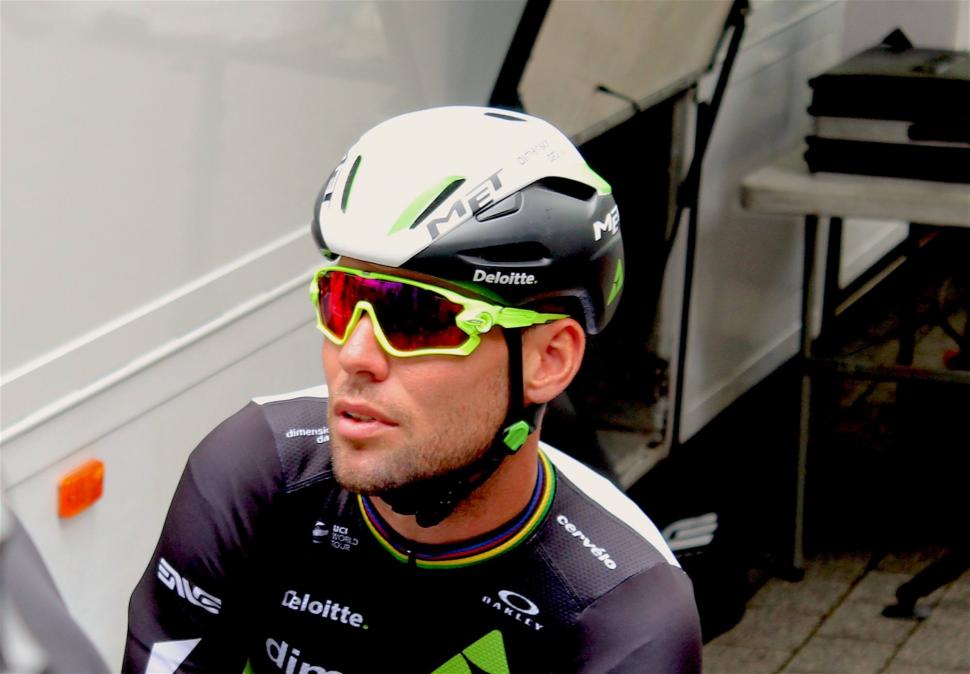 Who decided Cavendish should stay at home?
by Will Bolton

Doug Ryder, the team principal of Dimension Data, claimed that it was a “team decision” not to select Mark Cavendish for the Tour de France 2019 but was contradicted by his performance directory, Rolf Aldag moments later.

“Look it is sad Mark isn’t here, he is an icon of this race…I’m not the only person who makes the decision on the selection of riders, you know, when we do recruitment, or when we select riders for races. This was a team decision and the best decision was made,” said Ryder in Brussels this morning.

Only minutes later however, Rolf Aldag, the team’s performance director came outside to speak to ITV’s Daniel Friebe and completely contradicted Ryder.

“It’s no secret I wanted him here, I think it would suit our strategy but ultimately it’s a team owner decision” said Aldag.

"It’s within my remit to select the team, which I did. I wrote down eight names and Mark was included.

“And the team owner has the right to overrule me which he did and that was about it.

“And now we have eight athletes here who have done nothing wrong and deserve full support from everybody.”

The Telegraph is reporting that Aldag is considering quitting the race in protest at the fact that Ryder did not take responsibility for the call. The team denied he had left already.

When asked to comment on Cavendish’s form, which has not been anywhere near his usual July peak, he said: “I’m probably one of the very few who has physically seen him and followed him for quite a while.

“I was in Slovenia and I saw a Mark Cavendish who was certainly about 300 per cent better than he was in 2016 when he dropped out on stage two and fell asleep in my car after 20kms because he was so tired.

“So I’ve seen him there and that’s why I thought he was definitely in a good path, in a good way, and wanted to take him.

For me it’s not about media or just to give him another Tour de France [for sentimental reasons].

I thought for the stages that we have he’s a good choice.”

Cavendish has won 30 Tour stages in his career and was hoping to one day match Eddy Merckx’s tally of 34.

Commenting live on the contradictory accounts from Aldag and Ryder, former yellow-jersey wearer David Millar said: “It is very clear that Rolf Aldag wants Mark Cavendish here, whereas Doug Ryder is saying it is a team decision a unified one that he doesn’t come and I think I would definitely go with the Rolf Aldag one…

“You can hear the emotion in his voice and I think it would be interesting to hear the true reason from Doug Ryder because I don’t think it has been a performance decision from Ryder.

“I do truly think there is something else going on there and it would be interesting to find out what it is.”