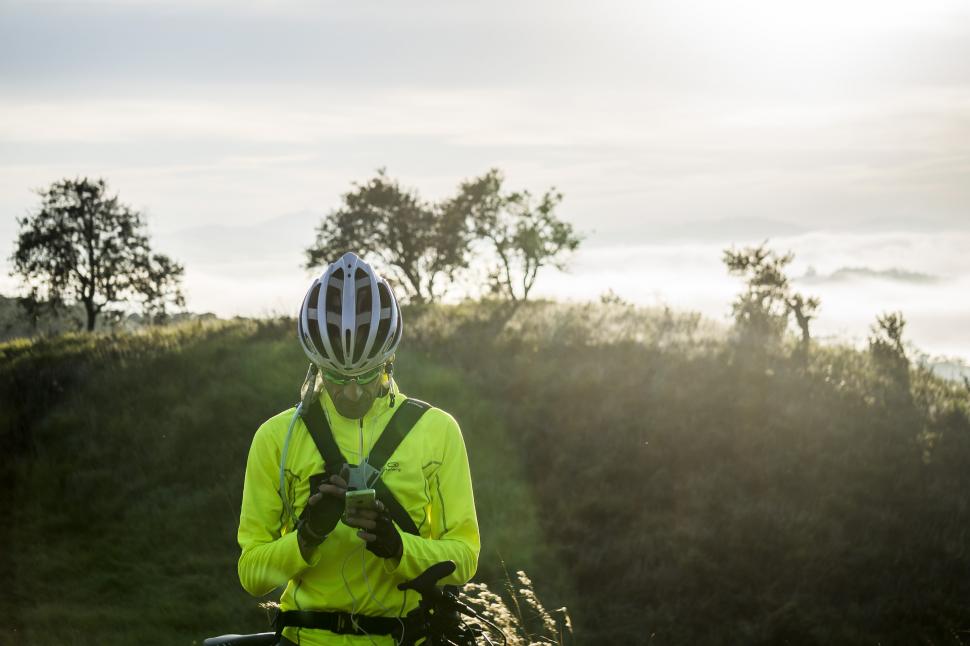 One of the teams at this year's Tour de France has taken the interesting step of banning mobile phones ...
by Will Bolton

EF Education First, the US-based World Tour team has banned its riders from using mobile phones at the dinner table.

"It was the team directors' idea, but the riders bought into it," Jonathan Vaughters, the team's CEO, told Business Insider.

"They were, like, 'Yeah, you know, we shouldn't be on our phones at the table. We should be talking.'

“So they agreed to make it a rule. It was communal rulemaking — true democracy."

"It's not a true ban — more of an unwritten rule," Michael Woods, EF's Canadian climber, who will have his eyes set on at least one stage victory in this year’s Tour said. "Like, if you show someone pictures, that's fine, but don't be scrolling mindlessly, as in any social scenario.

“It's like when you go to a restaurant and you see two people and they're just staring at their phones. Ugh."

Charly Wegelius, one of EF’s Sports Directors, and author of one of the most unromantic yet brilliant books about being a domestique in the pro-peloton said:  "Everything goes through your telephone: private life, social life, but also work-related.

Everything's just coming through there. The noise is super loud. We just felt the need to eek out a little corner of quiet."

"People have gotten used to looking at their phones — it's like a tic or a reflex. My wife calls me out on that when I'm at home. It's almost mindless, like having a fear of a moment of boredom. Here at the Tour de France, it's just about looking at each other and being there, instead of being somewhere else."

This is not the only way EF Education First are trying to create a bit of simplicity and enjoyment for their riders in the intensely pressurised and claustrophobic world of pro-cycling.

They are sponsored by cycling clothing manufacturer Rapha this season and they have embarked on an alternative racing calendar which has included the Dirty Kanza and the GBDURO which an EF rider, Lachlan Morton, won with a staggering effort.

The GBDURO is a 1,960km four-stage self-supported bike-packing race from Land’s End to John O’Groats.

The Australian EF Education First pro, who has also raced World Tour events such as Strade Bianche and the Tour of California this season, completed the route in 111 hours and 44 minutes.

He described the experience as “unimaginably hard.”