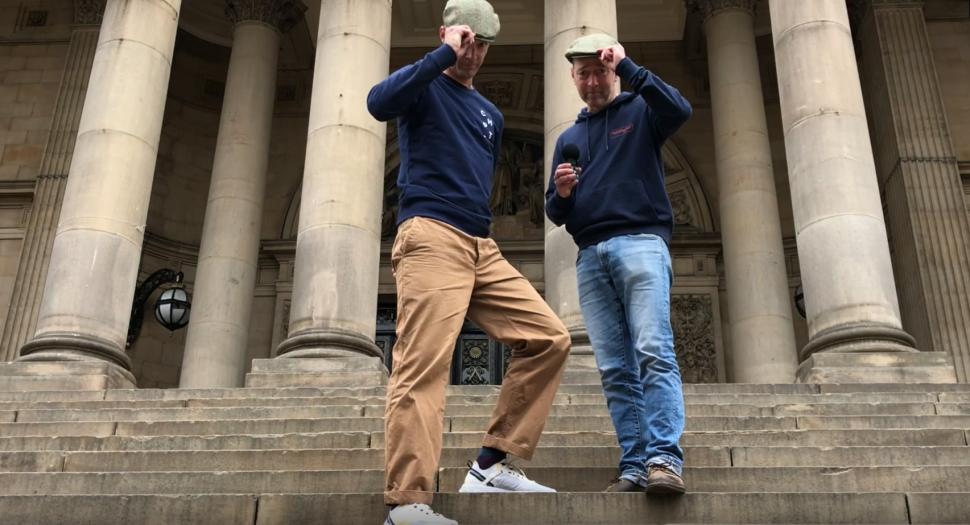 Harrogate is the place to be in late September
by Simon_MacMichael

David Millar and Ned Boulting, as well as the team from The Cycling Podcast, will take to the stage in Harrogate this September when the North Yorkshire town becomes the hub of the 2019 UCI Road Cycling World Championships.

Millar and Boulting – who will once again be the ITV4 commentary team for the Tour de France over the coming three weeks – will host two events in Harrogate’s Royal Hall (ticket information here).

The first, called Over T’Rainbow – yes, we’re talking about Yorkshire – is on  Saturday 21 September and celebrates the region’s cycling heritage, while their second gig, on Thursday 26 September, is called Ned n’ Dave’s Pot of Gold and examines the history of the UCI Road World Championships.

Yorkshire 2019 CEO Andy Hindley said: “We want the 2019 UCI Road World Championships to be the most inclusive and most enjoyable Championships ever, and organising top-quality entertainment on top the racing will play a huge part of that.

“We’re delighted to have Ned, David and The Cycling Podcast team onstage at Harrogate’s Royal Hall during the Championships and the shows will be must-sees for people descending on the county this September. Demand will be high so we encourage cycling fans and local aficionados to book early.”

Millar – winner of four Tour de France stages during his career – said: “Yorkshire has become one of the most important homes of cycling not just in this country, but across the world. I can’t wait to be there once again to celebrate the iconic rainbow jersey.

“Please join me and my commentating compadre Ned Boulting for two special evenings in honour of the single most special week in the racing calendar.”

Boulting added: “The full panoply of a mad eight days of racing on Yorkshire’s famously testing roads will be picked apart and dissected live on stage, before your very eyes.

“That’s the theory anyway, as David and I open our contacts books and invite some special guests to join us in marking a unique moment in the history of bicycle racing on this sceptred isle.

“Saturday’s show will look back at some of the great stories of local cycling legends and on the Thursday we will be focusing more on the current racers and the rainbow jersey contenders.

“Each night will be a great way to celebrate the sport and enable people to ﬁnd out more about what goes on behind the scenes.”

Speaking on behalf of The Cycling Podcast team, Moore said: “The UCI Road World Championships in Yorkshire promise to be huge.

“We’ll be there podcasting throughout the week but we’re especially excited about our show on the Friday evening.

“It’ll be the biggest one we’ve ever done and we’re looking forward to an evening of hopeless speculation in anticipation of the climax to the Championships.”

The UCI Road World Championships in Yorkshire run from 21-29 September. You can find full details of the programme here.