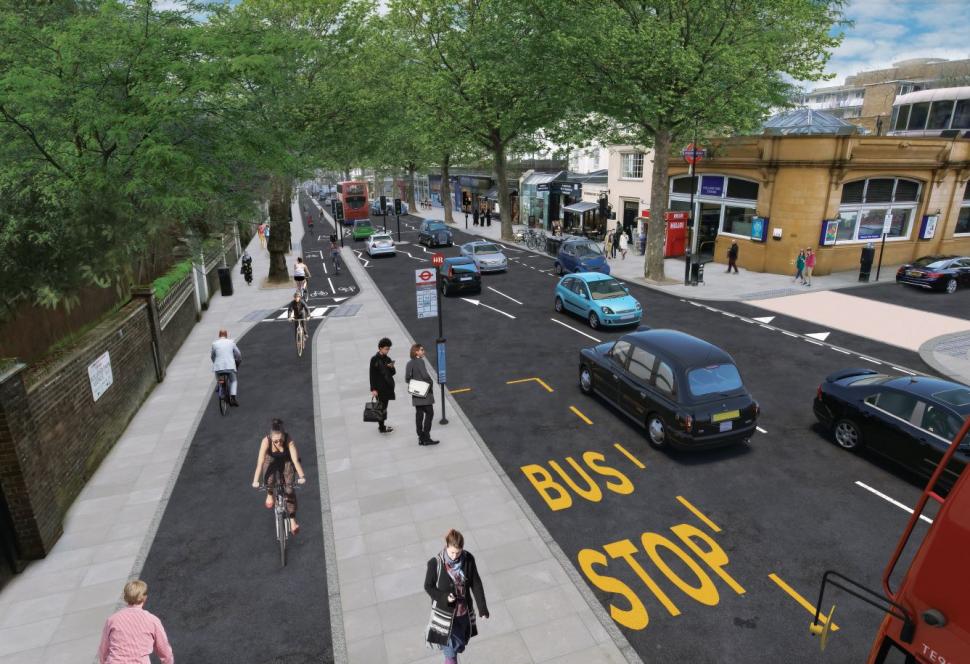 Council unable to say how many of the 1,000 people who wrote to it opposed or supported Holland Park scheme
by Simon_MacMichael

Pressure is mounting on the Royal Borough of Kensington & Chelsea (RBKC) to explain how many people who wrote to it regarding a proposed cycleway along Holland Park Avenue and Notting Hill Gate were actually opposed to the scheme – and how many were in fact supporters of the proposals.

Last month, days before a consultation from Transport for London (TfL) was due to conclude on the scheme, RBKC – which had previously adopted a neutral stance, pending public responses – said at a public meeting that it would not be backing the proposals.

That means that the planned route from Wood Lane to Notting Hill will now stop at Shepherd’s Bush roundabout, with the westward portion on roads controlled by TfL rather than RBKC.

Mayor of London Sadiq Khan said that by announcing its decision before the consultation closed, RBKC had “made a total mockery” of the process, and The Guardian reports London Cycling Campaign (LCC) as saying that the borough’s inability to back up what it called overwhelming opposition to the proposals with hard facts was “beyond flimsy.”

The Conservative-controlled council’s leader, Elizabeth Campbell, said it had received 1,000 letters or emails about the scheme. But when The Guardian asked the council how many of the 1,000 people who had sent it emails and letters were actually supporters of the scheme, RBKC was unable to provide a response.

Nor was it able to clarify whether everyone who contacted it was automatically deemed to be in opposition to the proposals.

However, going by this tweet from a supporter of the scheme outlining the response she received from the council,  there does appear to have been an assumption on RBKC’s part that only opponents would write in.

& a terrific reply from @RBKC to my email assuming I was opposed to the proposal! pic.twitter.com/MhMVT9eTpo

TfL itself has received more than 5,000 responses to the consultation, and similar exercises in the past on other routes, even where there has been vociferous local opposition, suggests that the vast majority would be supportive of the scheme in whole or in part.

Simon Munk, infrastructure campaigner at LCC, told The Guardian: “The idea ‘the vast majority’ of residents oppose this scheme is beyond flimsy.”

He added that it seemed as though a “noisy, but relatively small minority have been allowed to derail a vital and valuable scheme and encouraged the borough to undermine a formal consultation process.”

However, a spokesman for RBKC said: “We are 100 per cent certain that our position reflects the views of local residents. We will, of course, consider the wider picture when TfL present the results later in the year.”

Labour’s deputy leader, Tom Watson, also tweeted today about the council’s stance on the cycleway, calling it “a wretched decision.”

This is a wretched decision, and I call on Boris Johnson - who went out of his way to paint himself as the cyclists' champion when Mayor of London - to join me in condemning both the decision and the shadowy manner in which it has been reached.https://t.co/T61tdKRFkV