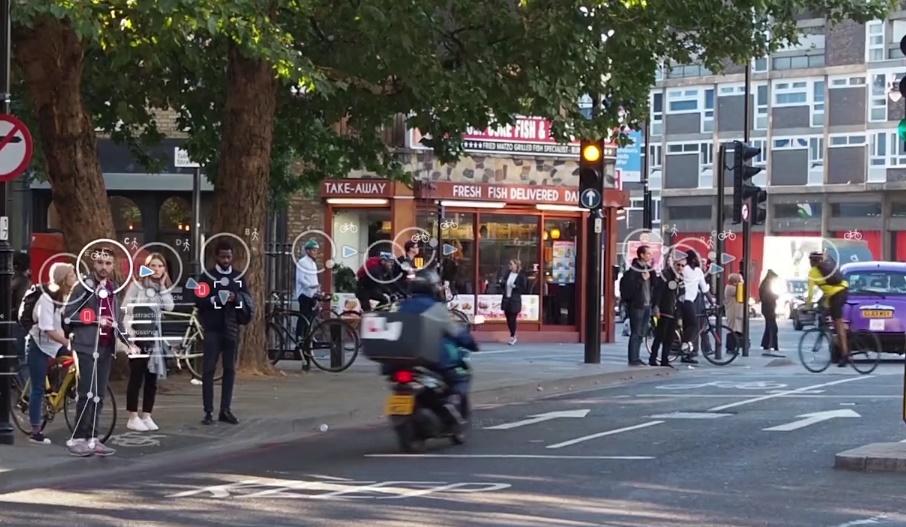 Technology predicting cyclists' movements to be trialled in London buses

An artificial intelligence camera system that can give bus drivers early warning of potential dangers is to be tested on public routes with a Transport for London-approved operator. Camden-based Humanising Autonomy say their ‘deep learning’ software can predict manoeuvres from vulnerable road users and identify hazards two seconds quicker than a human.

Speaking to the London Evening Standard, Raunaq Bose, the start-up’s co-founder, said: “Intent prediction shows not only where the cyclist is but if they are likely to move in front of your path. It helps with blind spots and people coming out into the road at random times.

“We’re able to tell if someone is aware of the vehicle or not, if they’re distracted, whereas current systems can just look at their position in the road. It pays attention to the subtle, nuanced motion and body language of pedestrians and cyclists.”

Every person picked up by the vehicle’s cameras is assigned a ‘risk index’ with pedestrians and cyclists classified as ‘vulnerable road users’ in need of protection.

Certain movement categories, such as ‘intention to cross’, will be flagged to the driver, triggering an alert.

After two years studying tens of thousands of hours of human reactions from dashcam videos and test vehicle footage, the software also distinguishes between how people are likely to react in different areas.

“Tests found that in central London, where there are many more pedestrians and cyclists on the street, they are less likely to listen to the rules,” said Bose.

“Technology is often relied upon to provide a solution to poor driving. In itself however, it rarely influences driver behaviour or attitudes,” said business development director, Tony Greenidge.

Stressing the importance of improving the skills and behaviour of drivers, he added: “There is still nothing to replace the direct educational feedback delivered by a professionally qualified trainer who is actually experiencing what is going on around them. They help change the way you think by linking their advice to a real and live example.”