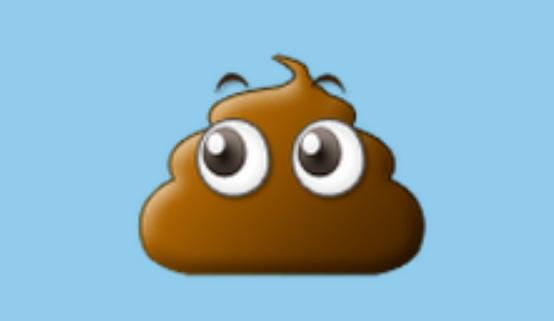 A new study suggests that a certain kind of bacteria found in the gut may boost athletic endurance and recovery, although one academic who described the potential effect as “poop doping” has cautioned that results of tests carried out on mice may not be the same in humans.

A team of researchers at Harvard University analysed the stool samples of 15 people who competed in the Boston Marathon as well as samples from 10 non-athletic people who did not take part in the event, with their study published in the journal Nature Medicine.

The Guardian reports that elevated levels of some kinds of bacteria in the gut were found in marathon competitors in the race, and that when mice were injected with them, it resulted in greater endurance among them, with one explanation put forward by the researchers being that it reflected those bacteria break down lactate.

The research team, led by Professor George Church of Harvard University, said that while the link between the bacteria and athletic performance was not certain, clinical trials on humans would be carried out.

But he added that if the bacteria was found to enhance the performance of athletes, that raised ethical questions about how their use of it could be regulated.

The stool samples were collected each day from athletes in the week leading up to the Boston Marathon, when they would typically not be undertaking training runs, and during the following the event.

They discovered higher levels of a type of bacteria called Veillonella in athletes following the race compared to beforehand, and follow-up tests among a further 87 athletes found a similar result before and after exercise, and of the genes that help it break down lactate.

Next, Church and his team – who run a company called FitBiomics, which researches athletes’ microbiomes to discover whether bacteria such as Veillonella can enhance performance and recovery – tested its effect on mice.

They gave 16 mice a strain of the bacteria taken from one of the Boston Marathon participants, and 16 a different bacteria unable to break down lactate. Several hours later, the mice were put on an exercise wheel, where they ran until they tired themselves out. The procedure was then switched for each of them, with their endurance tested afterwards.

When given Veillonella, on average the mice ran for 13 per cent longer than when they were given bacteria unable to break down lactate, and also were less liable to inflammation.

Dr Orla O’Sullivan of the APC Microbiome Institute at University College Cork in Ireland told The Guardian that the potential link between the gut microbiome and athletic performance is a growing area of research, and that the results could suggest that the bacteria was helping with recovery.

But she said: “What we have is an increase in Veillonella post marathon. There was increased endurance in mice but we do need to be careful to not presume same will happen in humans.”

If it were established that the bacteria did enhance human athletic performance, some could look to boost their levels of Veillonella in their gut to gain an edge, including through transplanting it – euphemistically termed “poop doping.”

O’Sullivan was sceptical that might happen, however, pointing out that are associated health risks (although the history of doping in cycling suggests that is often a secondary consideration).

One microbiome researcher in the United States firmly believes that a faecal transplant led to a strong improvement in her cycling performance.

In 2017, we reported that after contracting Lyme Disease as a child, Lauren Petersen of The Jackson Laboratory for Genomic Medicine in Farmington, Connecticut, had no microbes to help me break down food, and I had picked up bugs in the lab where I was working because my system was so weak and susceptible.

“I ended up with pretty bad chronic fatigue syndrome, really bad issues with my stomach – I mean, just the ability to digest food,” she said.

But after undergoing a faecal transplant from a competitive cyclist, she said that when she got back on her bike a couple of months later after completing her recovery, “the effects there were instantaneous.”

She upped her training from two to five days a week, saying that after a month she had “more energy than I knew what to do with.”

Several months later, she did her first endure race, coming “third or fourth,” won the next one – and continued to win the subsequent ones.

She reflected: “I wondered if I had gotten my microbiome from a couch potato, not a racer, if I would I be doing so well. Then it made me wonder what the best possible microbiome for a racer would be.”

Petersen has since founded the Athlete Microbiome Project which collects stool and saliva samples from pro cyclists to establish whether their microbiomes are different to those of the population at large.

As to how a microbiome might be administered in the event it is established to improve performance, she said: “I'm sure it will be in pill form. Whether you swallow it or it goes up the other end that will be the question.”