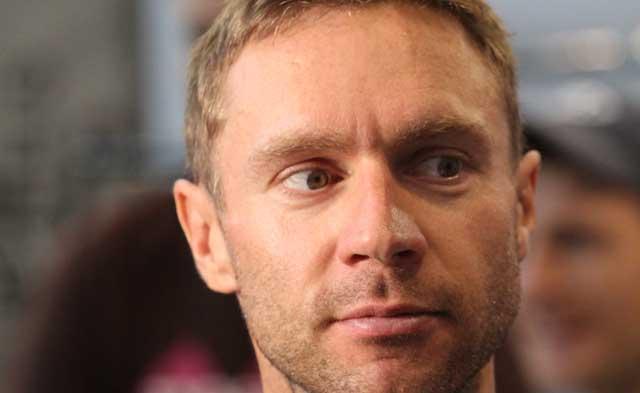 The Luxembourg Pro Cycling Project has today confirmed that Jens Voigt, perhaps the most popular rider currently in the pro peloton, is to join Team Saxo Bank colleagues Frank and Andy Schleck at Bryan Nygaard’s new outfit for the 2011 season.

In a statement, the team said that the 39-year-old German had been recruited “with the express purpose of adding his considerable experience in the sport to the young, vibrant squad.”

The team’s line-up is gradually starting to take shape following yesterday’s announcement that Italians Daniele Bennati Davide Viganò and Giacomo Nizzolo as well as Portuguese rider Bruno Pires would also be joining the outfit, which has yet to announce its headline sponsor.

“What can you say about Jens? He is a rider that any team would love to have on its roster,” Team Manager Kim Andersen said. “He has such depth and a love for the sport, which he proved by coming back after his terrible crash in the 2009 Tour.”

That crash provided one of the key moments of the race featured in the movie Chasing Legends, which screened last night in 52 cinemas around the UK to rapturous acclaim from cycling fans and media alike, with an interview with the German providing one of the high spots of the film.

“Jens has been around for quite a few years, but he still rides in the group with the excitement of a teenager,” continued Andersen. “He is good for everyone’s morale and you can always count on Jens, which is a huge advantage.”

Voigt, whose career highlights include three Tour de France and one Giro d’Italia stage victories and winning the Critérium International five times including a hat-trick of successes between 2007 and 2009, said: “I wanted to come to this team because I am very excited about this project.”

“I love the idea of continuing to work with the Schlecks; we work well together and know what we can expect from each other,” he continued, adding: “I had a great time at my former team and found a lot of personal and common success, but after seven years, I felt it was time to make a change.”

“Change often sharpens you again, and I am looking forward to doing some things in new ways: new training methods, new materials, new teammates. I hope to be good enough next year to make the Tour team at least one more time and to help one of the Schlecks onto the highest step,” he went on.

Now approaching his fifteenth season as a pro, Voigt also retains ambitions for success on a personal level. “I have won at least one race in every year I have been a professional, so I would definitely like to keep that streak going,” he explained.

“I’m never going to win the Tour de France myself, but I am still happy to have chances to race for myself in events like Paris-Nice and the Tour of California. Yes, my ambitions are still strong.”

It’s clear that the rider’s enthusiasm for the sport remains undimmed, shining through when he was interviewed by road.cc’s Mat Brett at Eurobike last month, as captured in the video below.