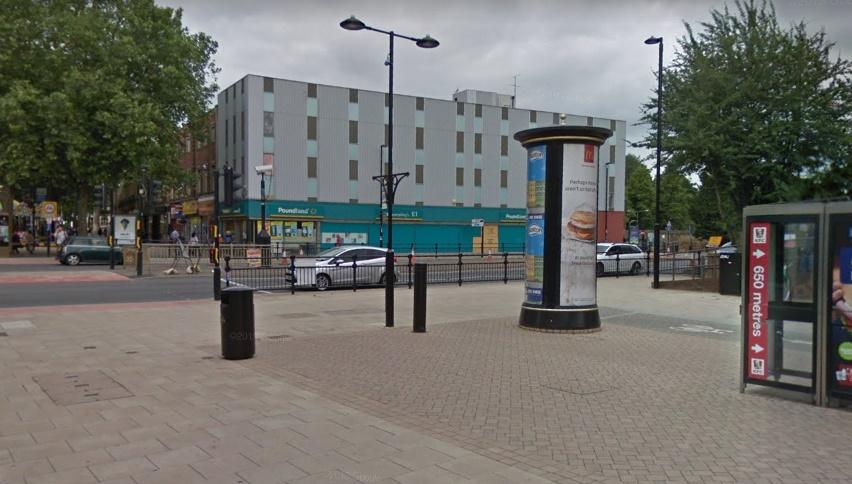 A Peterborough man who was handed an on-the-spot £80 fine for riding his bike at walking pace while carrying his two-year-old daughter has asked why officers cannot use their discretion when handing out fixed penalty notices. The enforcement firm patrolling the area covered by the city’s Public Spaces Protection Order (PSPO) keeps the money it collects as part of its contract with the city council.

On March 26, road.cc reader Stephen was stopped by an Officer Watson on Bridge Street while cycling at walking pace carrying his two-year-old daughter in a rear child's seat.

He was informed that cycling in the area was a criminal offence and he was issued an on-the-spot £80 fine.

“It stunned me at the time that I was not simply asked to dismount and pointed out the reasoning, but instead was issued a fine,” said Stephen.

“Since moving to Peterborough in 2006, I've commuted to the train station every day along Lower Bridge Street (with cycle paths clearly delineated outside the magistrates’ court that neighbour the no-cycle zone), heading up Bourges Boulevard toward the station and never have I been aware of any potential criminality from continuing to cycle past the crossing into Bridge Street.

“If the council is insistent on fining cyclists in the city for the fallacious reason of 'safety', and not as a money making exercise, then pavement level signs need implementing as a better way of warning them.

“Along Lower Bridge Street and into Bridge Street (which visually look like a continuous path into the city centre), there is such a contrast from the cycle lanes that encourage cyclists (with their signs embedded in the pavement), to the section of no-cycling using signs 8ft off the ground, that for a cyclist to be looking up-high and down-low as they travel is a danger not only to them, but other people around them.”

Last year we reported how the enforcement firm patrolling the area, Kingdom, had collected over £80,000 in fines for unauthorised cycling in a little under a year. The firm’s contract means that it keeps that money.

Stephen said: “To use the bike in a safe manner, as a means to carry a young child, and then be stopped and issued an £80 fine for anti-social behaviour is abhorrent to me.

“And that a council can wilfully penalise its residents for using the city centre to shop (I had a shopping bag with me), is also infuriating.

“High streets across the country are slowly dying, and fining users of the city on bicycles doesn't seem like a good way to stimulate economic growth. An £80 fine has actually put me off wanting to travel to the city centre any more, whether by car, bike or bus.”

Stephen believes that it should fall to the discretion of the officer as to whether a fine is issued.

“I say this as Officer Watson said several times he did not agree with the fine he was issuing. I am aware that the entire incident was captured on his bodycam – he advised me of this several times, which came across as slightly intimidatory given how I was just trying to travel safely out of the city after shopping with my young daughter.

“During the exchange with him, he first asked me for ID, then when I said I didn't have any on me, proceeded to confirm the details I gave him on his phone to confirm I wasn't lying.

“From enjoying a pleasant time in the city with my daughter, to then have this confrontation and treated as a criminal is a little too dystopian for me.”

Stephen said that the same morning, he had taken his eldest daughter to school on a bicycle, and she'd been awarded a sticker congratulating her. This was because of Sustrans’ Big Pedal, which is supported by Peterborough Council.

“It seems very confusing that on one hand, cycling is being actively promoted as a way to travel the city (including clearly marked cycle lanes heading toward the city centre), and on the other hand, it is also a criminal offence in certain areas with Anti-Social Behaviour fines for doing so.”

Writing to Peterborough Today last year, another cyclist, Mark Booker, described a similar experience when he and a friend had ridden their bikes down Bridge Street.

“After several diversions, we find the centre of Peterborough, walk over a pedestrian crossing following a marked cycle path. Get back on our bikes, going at walking pace as we are looking for somewhere to park our bikes and bottoms.

“We are approached by two policemen – that’s what they look like anyway – who take down our details and fine us £80 each for cycling where we shouldn't be cycling. No discount for prompt payment.

“Going back to the street furniture by the pedestrian crossing, there was indeed a no-cycling sign. Right above the sign for the cycle path which we had honed in on.”