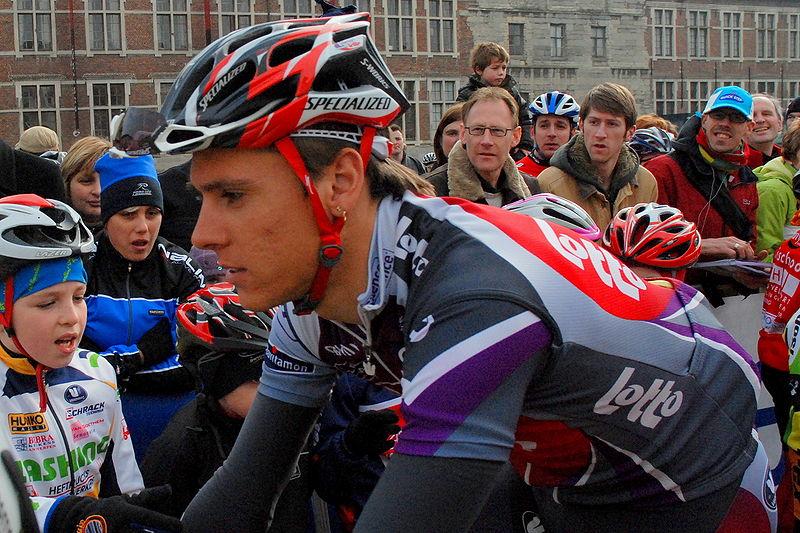 Gilbert makes it a Lombardy double

Philippe Gilbert won the Tour of Lombardy for the second year in a row, yesterday, cementing his reputation as one of the strongest one-day riders in the pro ranks.

The Belgian adopted an attacking strategy on a day that was both wet and cold.

“The race was really tough, really long,” the Omega Pharma-Lotto rider said. “It was very different to last year's race, in part, of course, because of the weather. It was just 4 or 5 degrees out there “

As the rain hammered down, Gilbert did his own spot of hammering on the final descent, applying pressure to the rest of the field and making what proved to be the decisive break. The tricky descent put paid to Vincenzo Nibali who crashed, leaving the Belgian to slug it out with another Italian, Michele Scarponi.

Gilbert told L’Equipe that, given the manner in which he won, this was his finest victory.

“The end was very tough, a struggle, man against man. In the final kilometres I really had to dig deep into my reserves, it was a huge effort. Even if we had a favourable wind, it was practically 45 minutes going at 100%. I’m really proud to have won like this.”

As for the future, the Belgian has no doubt about what his dream victory would be.

“For me it’s Liège [-Bastogne-Liège]. It’s my home region and along with the Tour of Lombardy it’s one of the greatest races. This year I had the legs but it was difficult tactically. Next year I’ll be starting the race with a lot of motivation.”