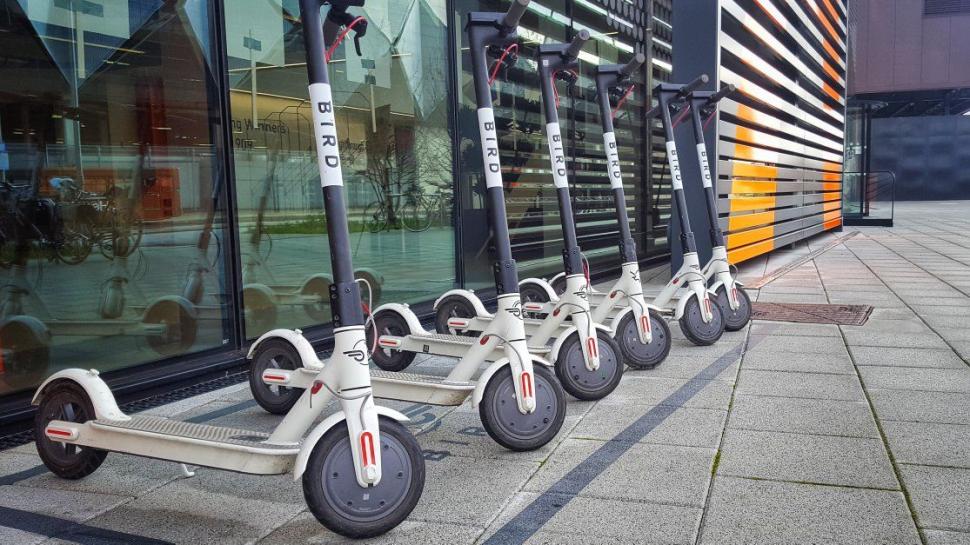 Transport minister Jesse Norman says that an effective ban on using electric  scooters on UK roads could end – potentially opening the way for scooter-sharing firms to enter the British market.

Currently, it is in effect illegal to ride an electric scooter on the public highway in the UK, although US start-up Bird – together with Lime and Uber-owned Jump the biggest names in the industry – has scooters for hire at London’s Queen Elizabeth Olympic Park.

Lime has launched electric bike-sharing service in Milton Keynes and the London boroughs of Brent and Ealing, although it has not yet introduced its scooters to the UK.

Electric scooters are banned on the footway and, to all practical purposes, on the road too – in theory, they could be ridden there if the user had a driving licence, insurance, helmet, paid vehicle excise duty and the scooter carried a registration plate.

But since the DVLA considers them to be unroadworthy, the final point is a stumbling blog that in effect renders them unusable here.

Norman told the Observer that some form of licensing may be one way of allowing the vehicles on British roads.

“E-scooters, e-bikes, e-mopeds, e-skateboards – we’re seeing these all over the streets already and we’re thinking about those modes of transport,” he said.

“We’re going to look quite closely at what the wider environment is for a lot of these different vehicles. How these things might be either permitted or licenced or regulated to go on to the road, or other forms of land.”

While electric scooters may be in effect illegal, their sale in the UK is not, and court cases have been brought against people using them.

The Observer says that last year, a youth aged 15 was had any driving licence he may hold in future endorsed with six penalty points after he was found riding one at high speed.

Where they have been introduced, such as across the US and in an increasing number of cities across Europe including Paris and Zurich, the scooters have proved hugely popular, especially for the final section of a commute.

There have been concerns about their safety, however, with four reported deaths linked to them in the US last year as well as one in Barcelona.

Norman said: “I wouldn’t trust myself to go two yards on an e-skateboard.

“I haven’t used an e-scooter, but I’ve used a scooter on many occasions and I’m an e-biker, so I’ve got a pretty good understanding of the experience.”

Speaking of a forthcoming urban mobility review to be conducted by the Department for Transport, he said: “At the moment, you cannot legally ride a scooter on a UK road or pavement, but we see a lot of them being ridden and they’re not on private land.

“There’s a question of how we react to that. And that, in turn, relates to a question about safety. We want to create a transport system that is as safe, resilient and convenient as possible,” Norman added.