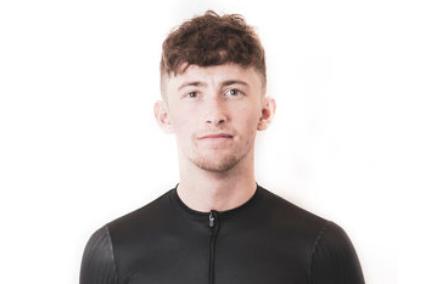 A British professional cyclist has described how he was thrown into a ravine after he and his team mates encountered an oncoming van partly on their side of the road while training with a number of other riders in Spain.

Scott Auld, who comes from Stockton-on-Tees, told the Northern Echo that they were riding near Benidorm at around 50 kilometres an hour when the incident, which resulted in another member of the group breaking his collarbone, took place at the end of January.

“We were riding two abreast and around a swooping left-hand corner, doing 50 to 55kph,” said the 22-year-old, who rides for the Ribble Pro Cycling UCI Continental team.

“A van came around in the opposite direction, about a metre or two onto our side of the road. I remember seeing him coming as clear as day.

“We braked, readjusted and for a split-second I thought ‘we’ve missed him’. I was second wheel and my friend’s arm caught the wing mirror. It completely smashed apart. As I was turning he has clipped my back wheel and I have flown over my friend.

“The last thing I remember was flying towards this sign post and thinking ‘this is really going to hurt’. I clipped the sign post and, we are in Spain and so the hills are quite large, and I have gone off the side and landed on rocks and stuff.”

He said that another member of the group he was in discovered him lying face-down in the ravine, injured.

“Luckily, one of our friends dropped his chain over the top of the climb. He was about a minute behind,” he explained.

“He came down afterwards and saw all the bikes in the road. He said at first he didn’t even know where I was. He was like: ‘Where’s Scott?’

“He looked over the ravine and he saw me laid face down in a pool of blood. He woke me up and we eventually got an ambulance out and I was taken to Benidorm hospital. At the time, because I was full of adrenaline, I didn’t think it was too bad.

“But then about nine people came and stood around me and I thought ‘Oooh, I must be pretty banged up’.”

He said that he hoped to be back training shortly. “The main issue is sight, I can’t really see anything,” he said. “I have a cast on my arm, but it doesn’t hurt.

“I have set myself the target of getting back on the turbo trainer on Tuesday and will do some walking up to then. I will take it day by day, but I want to be back training as soon as possible, I don’t want to be missing too much time for a stupid accident like this.”

He urged drivers to be aware of bike riders, saying: "People sometimes just see us as cyclists, but we are more than that," he said, "I have a family. God forbid, if it had been worse, my family would have been without me. Drivers sometimes don't see that."