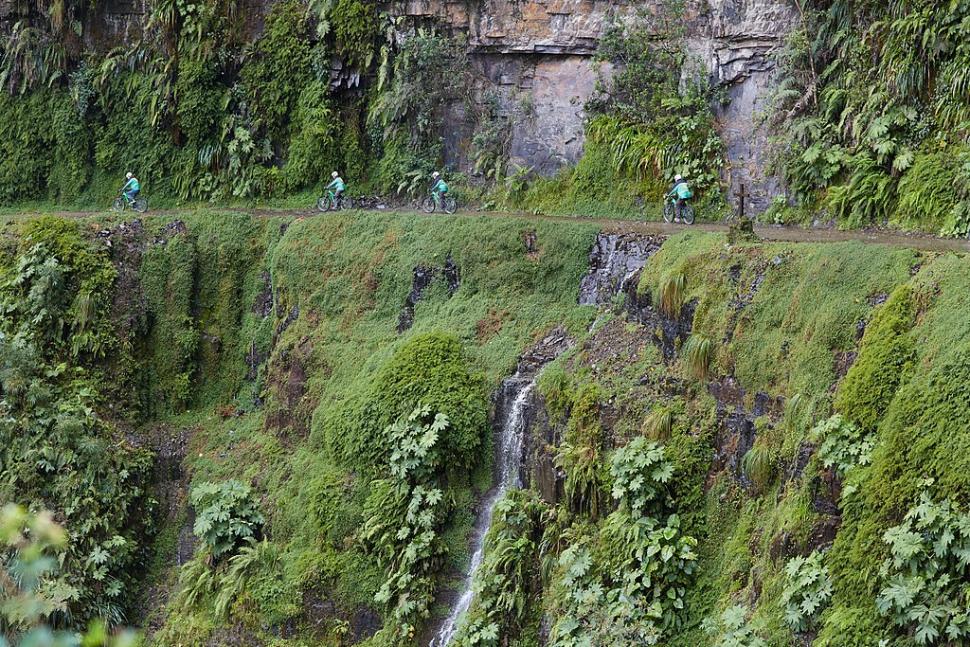 A backpacker from New Zealand has plunged 100 metres to his death while cycling on Bolivia’s notorious ‘Death Road.’

Emile Vollenhaven, a physiotherapist from Auckland who was backpacking through South America with his girlfriend, was on one of the guided cycle tours that let tourists experience what has been called the “world’s most dangerous road.”

The incident happened at 11.50am on Tuesday, reports stuff.co.nz, which said that New Zealand’s Ministry of Foreign Affairs and Trade spokesperson was providing consular support his girlfriend and family.

Running from La Paz to Coroico and little more than a dirt track for much of its length with a cliff-face on one side and sheer drop on the other of at times several hundred metres, the road – officially the Yungas Highway – has seen a big drop in motor traffic since it was replaced by a new paved road.

Nevertheless, with it claiming between 200 and 300 lives a year when it was the only route available, it has maintained its reputation and is a magnet for thrill-seekers travelling through the continent.

Around 30 companies offer such tours, many local operations with poor safety standards, but the one Mr Vollenhaven was on was with the outfit that pioneered the tours and which was founded by fellow Kiwi, Alistair Matthews.

Nowadays his business, Gravity Assisted Mountain Biking Bolivia, takes thousands of backpackers each year along the road, with experienced guides at the front and rear of each group of around a dozen riders and support vehicles with emergency equipment.

Its tour covers 64km, the first 20km of which is on paved roads before switching to a dirt surface, and with an overall vertical descent of 3,600m.

In a statement, Matthews said: "All of us at Gravity Bolivia are deeply shaken by this tragic accident and want to express our deepest condolences to his friends and family."

There are stops every 5km or so on the itinerary but when Mr Vollenhoven failed to arrive at one, the guides retraced their journey and located where he had fallen. One abseiled down the cliff and confirmed he was dead. Local authorities helped retrieve his body.

Mr Matthews continued: "It had been raining, and the rain had just begun to pick up at the time, but I wouldn't say it was torrential. That would be fairly typical conditions at this time of year."

He said that another New Zealander had sustained facial injuries in a separate crash 20 minutes earlier. It is unclear whether that was Mr Vollenhoven’s girlfriend.

He added that this is the first time a cyclist has been killed after a crash on one of Gravity Bolivia’s tours, although one customer has died in the past due to a heart attack.

Mr Matthews estimated that approximately 30 people had been killed while cycling on the road since 1998, but explained that it was impossible to give a definitive number.

"It almost seems ridiculous in this day and age, but it's one of those things where it's not clear, but it's probably around 30. Bolivia being Bolivia, some businesses pay to have these things vanished."

We previously covered the Yungas Highway in 2010 following the death of an Israeli woman while on a cycling tour there.

News of her death spread through the backpacking community, but failed to stop adventurers from taking to the road themselves.

Norwegian tourist Marte Solberg said: "I was really scared and I was even crying beforehand. A lot of people had said it is so much fun, but I was scared of falling over and dying, like the Israeli girl. I was worried about my own judgement because I have no experience of mountain biking. One mistake and you are dead.

"I asked myself a thousand times 'Why am I doing this?' The answer is that firstly, everyone is doing it. If you come to Bolivia, you have to cycle down the most dangerous road in the world. And secondly, it's a personal challenge."