All today’s news from the site and beyond 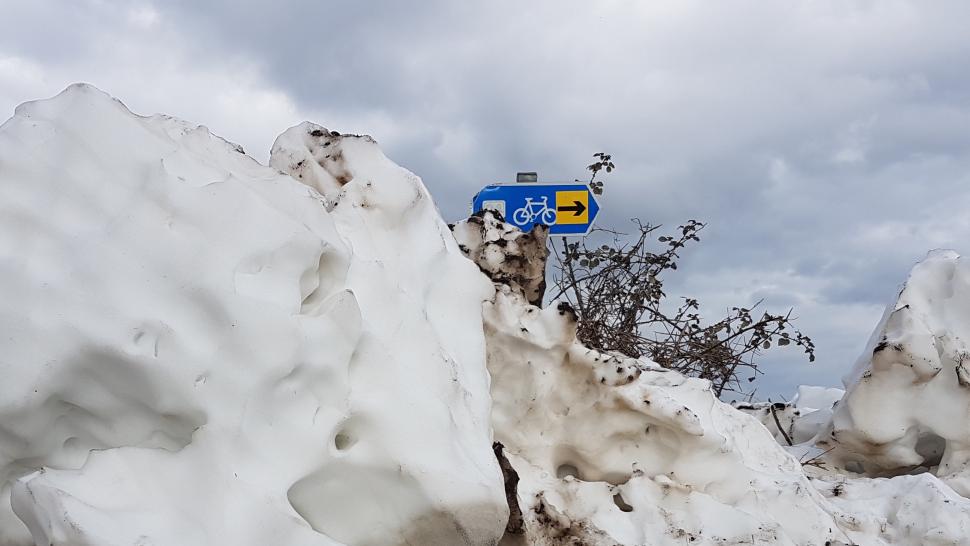 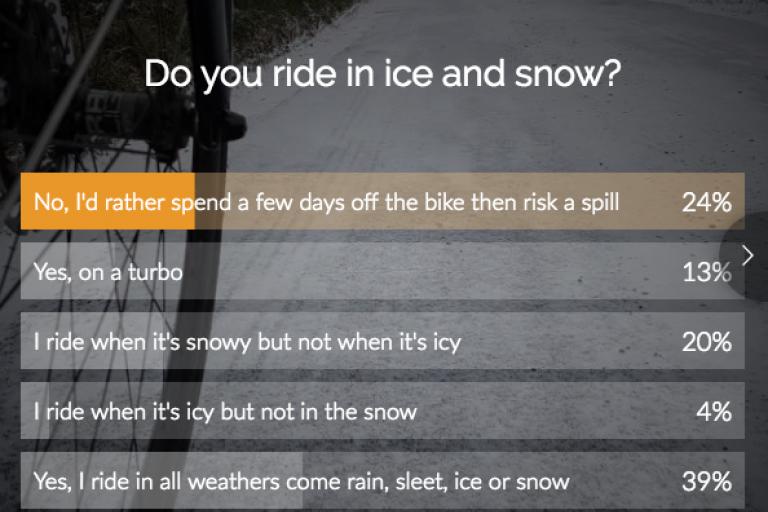 Poll results analysis: Do you ride in ice and snow, well do ya?

Yes, yes, of course you do – well, a significant proportion of you who must all be quite weathered looking. Although not everyone is a snow bird by any means.

Perhaps no surprises that the majority of road.cc uses appear to be a rufty tufty and probably slightly weathered bunch with 39 per cent of you saying you would ride in whatever nature chose to throw your way, followed by another 20 per cent taking the slightly more nuanced approach of pretty much everything but ice. So far so predictable, the first real surprise in terms of those willing to tackle riding in bad weather is that a full 4 per cent of you would chose to ride in ice rather than snow which the had the assembled road.cc psephologists scratching their heads - on the other hand 4 per cent is roughly the amount of traffic we get from the Netherlands so maybe it was the Dutch vote… or it’s about the percentage of people who might not read the question properly, this being the internet.

So that was all the people who’d go riding in wintry weather of one sort or another - the next single biggest tranch of votes – we’re calling it the sensible vote –  were those who’d chose to take a day off the bike rather than risk a fall and have to spend weeks or months off the bike. Given the changing nature of the British weather a day is probably all that it would take before things went mild and mizzly again. As things have proved in large parts of the country this time around too.

Some members of the road.cc team amongst the sensible 25 per cent chiefly the ones who’ve fallen on black ice or frozen mud and ended up out of action for a couple of months – Top tip: if you’re going to crash try not to land on your elbow unless it’s a choice between that and your head or face.

Finally the second and possibly biggest surprise (to us) in the vote was the relatively low numbers opting to ride through the snow from the comfort of their lounge/kitchen/back bedroom or garage on smart trainer or rollers. Okay, maybe ‘comfort’ isn’t the right word in this context.

If you’re wondering how the less sensible members of the road.cc team voted? Mostly in the anything but ice camp – although there were a few who would chance it on the ice too so long as their ride was on a treated road… something that’s not always easy to predict. Funnily enough the thing most likely to put us off was cold rain that’s just too warm to be snow matched up with a strong wind. Yuk!

Those results in full

20 per cent – Yes to snow, no to ice, the nuanced approach

13 per cent – It never snows in Wattopia. Probably

4  per cent –  ride in ice but not snow – the definitive margin of error?

While the big stars of the new KISS racing league were doing their thing with the lights and the disco music in a London venue, the reality of Zwift racing is that even at the highest level, for some it's bibs-and-no-top-in-your-living-room stuff. Here's Pat Christopher, who raced to 11th behind some of the big names of the domestic scene from an apartment in Alicante... 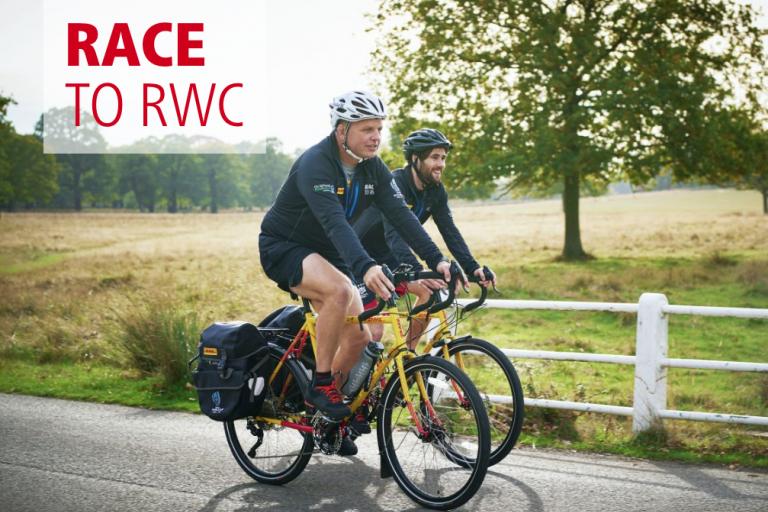 Two rugby fans are riding over 20,000 km to deliver the ref's whistle for the first match of the Rugby World Cup this summer

Ron Rutland and James Owens will cycle 20,093km from London to Tokyo to arrive just in time for Rugby World Cup 2019, which will take them through 26 countries and take over 321 days, riding for 30-40 hours a week. They've partnered with delivery firm DHL for the challenge, click here to find out more and donate to the ChildFund Pass It Back charity, the official charity of the Rugby World Cup 2019 for which they are fundraising. 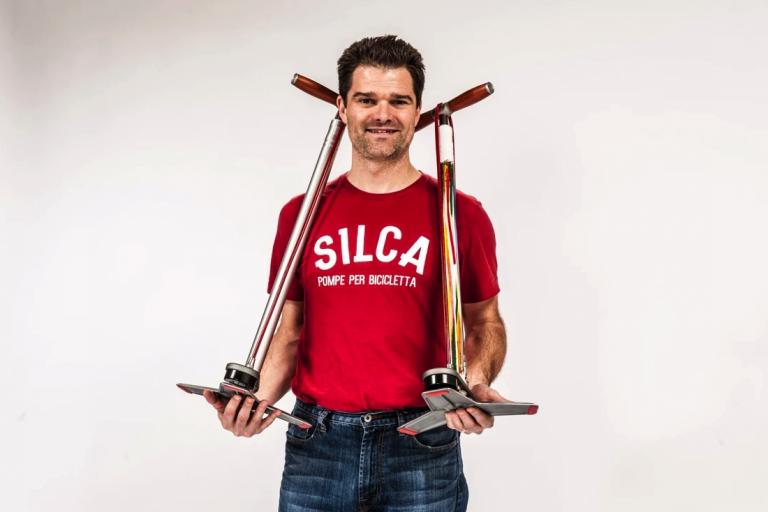 Josh Poertner, the boss of Silca, makers of high-end pumps and tools, has launched a podcast called Marginal Gains which aims to "discuss the theories and benefits of Marginal Gains through systematic approaches to development."

The first episode is available now and we're off to have a listen.

The idea is that these gains can have an outsized impact when measured in aggregate. This is one of Poertner’s primary areas of expertise. Since his days at Zipp, moving forward into re-founding of the historic Silca brand, he has made a career of approaching solutions in an analytical fashion and striving for perfection in product.

In the first episode, Poertner, Hottie and Fatty obsess over about what marginal gains are, why they matter, and the huge difference Josh has seen them make in designing components and methods for World, Olympic and Tour de France champions, including a few never before told anecdotes from the pro peloton.

From there it’s a jump into the deep end of conceptual thinking in cycling exploring related tangents in auto-racing, with discussions to come including topics like the benefits of asymmetry and non-linearity, supercomputing and aerospace. Future panels will also grow to include other significant and iconic voices from the worlds of bicycles, gear, racing, and even the culinary world. Marginal Gains– a show for the thinking cyclist.

Blue isn't your favourite colour, but it is the colour of the 2019 Canyon dhb p/b Bloor Homes Aeroad CF SLX, which has been revealed this week. And as if to answer our question, here's the ski-bike in action!

We were literally just wondering if this skinsuit-wearing mentalist's contraption would work, and indeed it does! Unfortunately Instagram is being naughty this morning and won't allow us to embed the video, so here's a screenshot for now and be sure to head over to the Dafne Fixed Instagram page to see it in action. 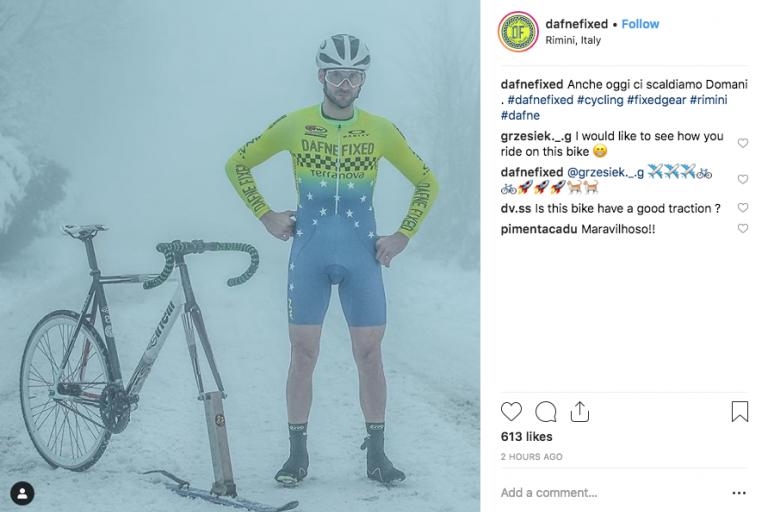 F*@&ing shorts, and a skinsuit!! We'll be keeping an eye on the Dafne Fixed Insta to see if this nutter can actually ride the bike/ski contraption, made all the more difficult by hypothermia no doubt...

We also reported on a compilation of the best Dafne Fixed bloopers on Tuesday, check them out here.

Do you still ride through the ice and snow? The poll results are in...

In yesterday's live blog we ran a poll asking if you still ride when there's ice and snow outside... hell no? Stick to the turbo? Snow's good but not ice? Or are you from the school of hard knocks and would still ride your bike towards the path of an avalanche? The poll results suggest it's the latter, with 39% of you saying 'I ride in all weathers come rain, sleet, ice and snow' (if you were guilty of embellishing your hardiness when voting feel free to own up in the comments below, though). Interestingly the second most popular option is to bin riding off all together, which 24% of you voted for... this poll was more divided than Brexit!

24 January 2019, 10:56
Biniam Girmay Hailu of Eritrea the first rider born in the 21st century to win UCI event, according to statto Cillian Kelly

18-year-old Hailu won stage 3 of Gabon's La Tropicale Amissa Bongo, part of the UCI Africa Tour, and according to cycling stat master Cillian Kelly that makes him the first rider born since the year 2000 to win a UCI event. Here's squad member Ian Bibby modelling the new gear, with an orange-to-black fade, their trademark houndstooth pattern and flashes of turquoise to complement the Genesis Zero SL Disc race bikes. They were debuting the kit in the KISS Super League event last night. 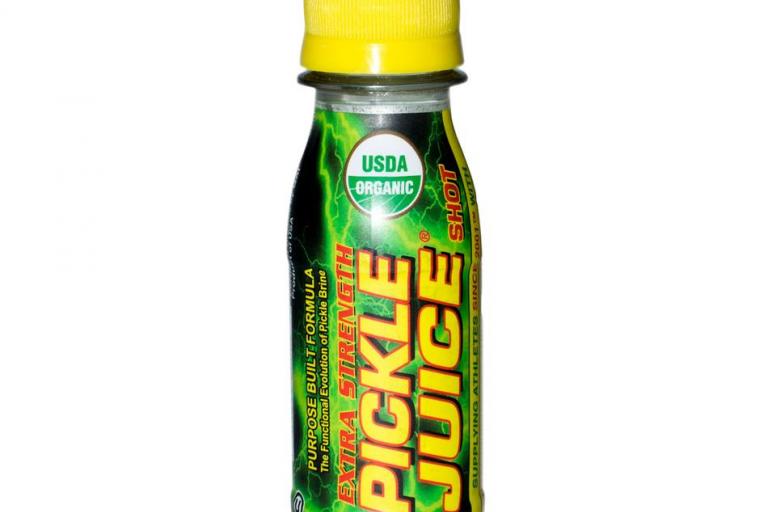 Pro athletes are picking pickle juice to protect their pins from cramping... would you?

The BBC reports on the growing sight of professional sportsmen and women downing pickle juice, the idea being that the high levels of sodium helps to keep cramp at bay. American tennis player Frances Tiafoe credited his victory against Grigor Dimitrov in the last 16 of the Australian Open to the sharp-tasting substance... although he did go and lose in straight sets against Rafael Nadal in the next round.
Dr Mayur Ranchordas, a sport nutrition and exercise metabolism lecturer at Sheffield Hallam University, told the Beeb that he has recommended pickle juice to professional cyclists, but it's not simply the high salt content that keeps the cramps at bay:

"Pickle juice contains sodium, potassium and vinegar and the obvious conclusion would be that it replaces sodium and salts lost when playing sport in a hot and humid environment like the Australian Open thus prevent cramping.

"However, how it really works is that it triggers a reflex in the mouth which sends a signal to stop muscles from cramping. That's why it is drank at the onset of cramp. It stops cramping 40% faster than drinking water."

Ian Bibby is one of those riders who is big on the domestic scene – he’s won plenty of races in the UK, and is a former national cyclo-cross champion – but would be off the radar of anyone who confines their cycling viewing to TV coverage of the big races.

Last night in London, though, he set a first – and if Zwift’s hunch that virtual cycling takes off as an esport is correct, his name will be minted in its history as the first ever winner of a round of the KISS Super League.

Fair play also to whoever had already updated his Wikipedia page with his latest win by the time we went to double-check his palmares yesterday evening.

And @IanBibby86 wins the first #ZwiftKSL for Madison Genesis! What a great ride. Congratulations! pic.twitter.com/XTGNL1T4sT

Representatives of Cycling UK, Sustrans and Living Streets yesterday grilled the House of Commons Select Committee on Transport over the Government’s Cycling and Walking Investment Strategy, telling MPs that its funding targets would not be met.

Ahead of the meeting, which you can watch below, Cycling UK’s Roger Geffen said:  “Cycling is a miracle pill that can cure a lot of the ills this Government is facing with air pollution and the physical health problems associated with inactivity.

“It’s not the people currently cycling who will benefit from more funding, but rather those who feel forced to drive those short distances to school, work or the shops due to having no suitable alternative.”