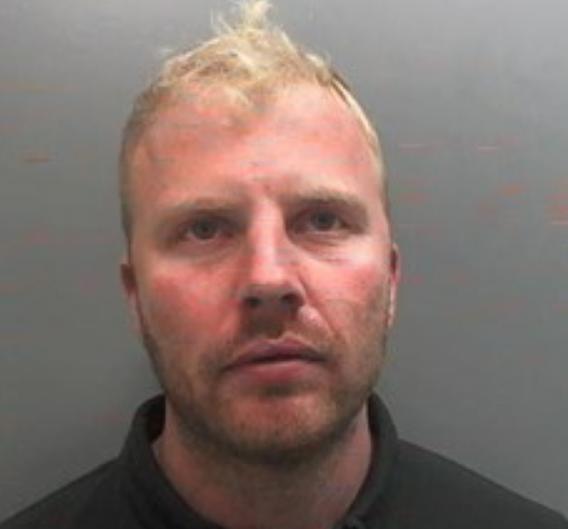 A drunk driver who had been on an eight-hour drinking binge before hitting a cyclist and leaving him to die, and who later told police that he thought he had hit a deer, has been jailed for six years and nine months.

David Leather, aged 33 and from Leek, Staffordshire, was also banned from driving for eight years when he was sentenced at Chester Crown Court yesterday.

Last month, Leather pleaded guilty to causing the death by dangerous driving of cyclist Steven Farrish, who was cycling home to his canal boat after a night out with friends in Macclesfield where he was a well-known figure on the local music scene, known by the nickname Riverboat Steve.

Mr Farrish, aged 49, died from injuries sustained in the collision, which happened shortly after midnight on 21 October 2017 on London road, Lyme Green. The court heard that he was wearing a hi-viz vest and had a flashing rear light.

According to Cheshire Police, Leather abandoned his Ford Ranger and returned to retrieve it later, telling officers that he believed he had collided with a deer.

A police investigation revealed that Leather had been drinking alcohol throughout the evening of the fatal crash.

The Manchester Evening News quotes prosecutor Maria Masselis as saying: "The defendant was driving home on a straight stretch of the A523 when he noticed he had struck something, what he thought to be a deer, but didn't see that a cycle was attached to his vehicle.

"The road had a 50mph speed limit and he was driving at around 60mph. He had been drinking between 4pm and midnight.

"He first visited the Mulberry Leaves, in Leek, for two hours and then drove home to pick up his partner and drove to Macclesfield and visited three other places.

"He first visited Revolution by 10pm and his first round consisted of four cocktails and the second round a pint of Peroni. They then went on to Rumba where they ordered a cocktail and left shortly afterwards.

“At midnight they went to a nightclub – Fever & Boutique – and ordered two double gin and tonics and were seen walking back to the defendant's vehicle in Macclesfield town centre.

PC Iain Condliffe of Cheshire Police said: “Leather left Steven dying in the road and immediately attempted to cover his tracks and then claim that he had collided with a deer. His actions were callous and calculating and he is now facing the consequences.

“While this result will not bring Steven back, I hope it will help his family and friends in some way to come to terms with this terrible tragedy.”