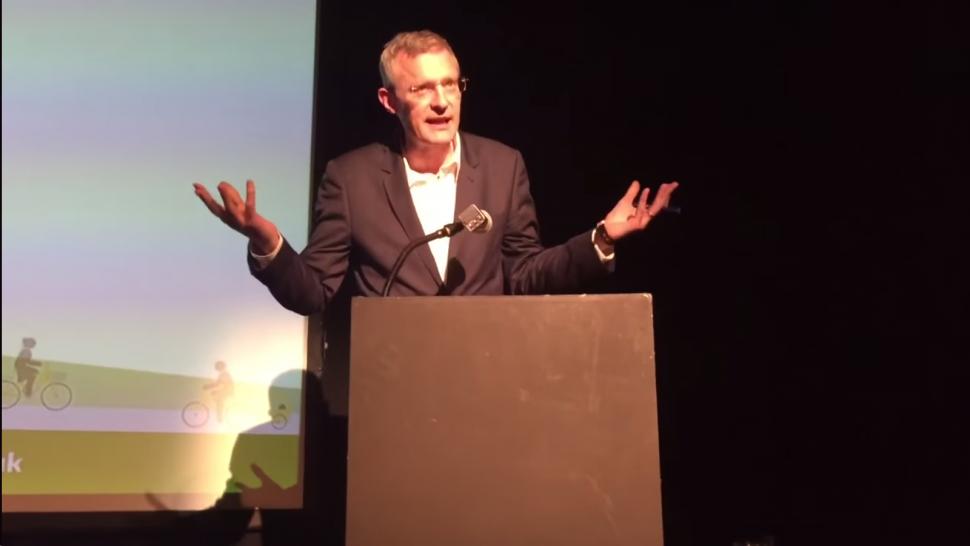 “We shouldn't be celebrating a form of transport that kills 1,700 people a year”...
by Alex Bowden

Radio 2 presenter Jeremy Vine has called for the station to stop referring to its 5-7pm show as ‘drivetime’. Vine expressed his feelings after Sara Cox was announced as the show’s new presenter.

In a tweet, Vine said: "Drivetime on Radio 2 is being rebooted in 2019 with Sara Cox who will be BRILLIANT. However I'd like to ask the BBC to stop calling it ‘Drivetime.’

“Our addiction to the motor vehicle has made our cities traffic sewers; made us asthmatic, fat and angry; and made our planet suffer.

“We shouldn't be celebrating a form of transport that kills 1,700 people a year. The programme needs a different name for post-car Britain."

Many of those responding to the tweet took issue with Vine’s description of the country.

A great many agreed with Walker, detailing the ins and outs of their respective commutes with varying degrees of anger. Some bemoaned the state of local transport, others ridiculed it, while a number of people took the opportunity to characterise Vine’s views as ‘metro-centric’.

There were also doubts as to the impact any change would have. “Are you going to tackle obesity by re-titling the Breakfast show?” asked one user.

A spokesman for the BBC said that the show wasn’t actually called Drivetime and that this was just a “generic term for that time of day”.

The new show will officially be called ‘Sara Cox’.