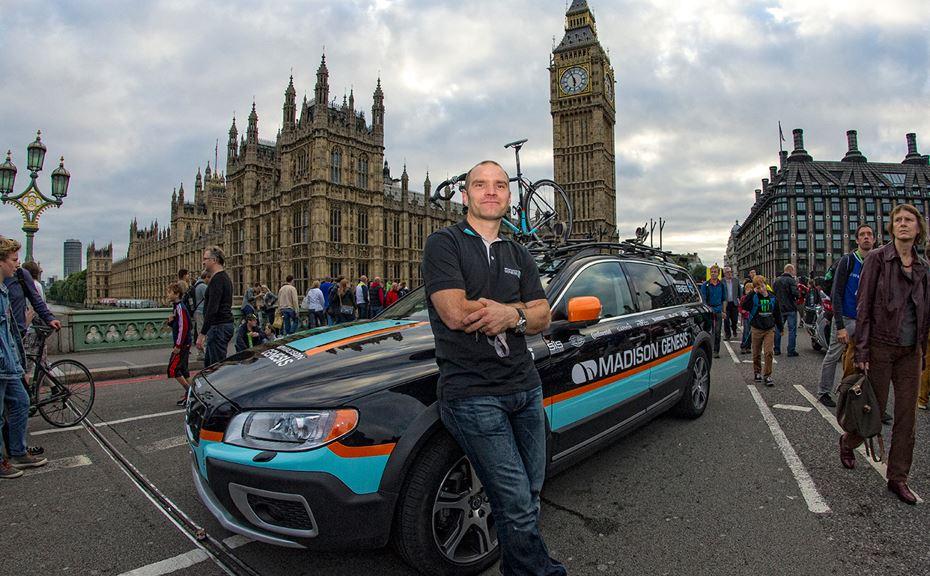 Roger Hammond, who has spent the past three seasons as sports director of UCI WorldTour team Dimension Data, will be returning to UK-based UCI Continental outfit Madison-Genesis as team manager for 2019.

The 44-year-old, who in his racing days was twice national road champion and won the national cyclo-cross championship on eight occasions, managed the team from 2012-15, with Madison-Genesis winning the Tour Series in the last of those years.

Hammond, whose third-place finish at Paris-Roubaix in 2004 remains the joint-best performance by a British rider in the race – only Team Sky’s Ian Stannard, in 2016, has equalled it – said: “I am so excited to be returning to Madison Genesis.

“Back in 2012 when I was presented with the idea of the team, it immediately captured my imagination and has remained a project close to my heart ever since.

“I have kept a close eye on the team with immense amounts of pride over the last few years and cannot wait to get back involved and continue to build on the team’s fantastic reputation.”

Madison CEO, Dominic Langan, commented: “I couldn’t be happier having Roger back as DS for Madison Genesis.

“Roger was key in the creation of the team back in 2012, he is a fantastic ambassador for our brands and the sport, as well a superb mentor for our riders.

“We have a brilliant working dynamic. He totally understands us, he gets what the team is all about and what we value which is so important because we are not the same as many other teams.

“Above all we are friends with a shared respect and passion for what we do.”

Madison-Genesis, whose Connor Swift – cousin of Ben Swift, who was recently announced as rejoining Team Sky for next season – won the national road race title in June, says it will announce its 2019 line-up shortly.

Back in 2015, shortly before Hammond switched to Dimension Data, we spend the best part of a day with him in the Madison Genesis car on the penultimate stage of that year's Tour of Britain - read about ot here.