Back to news
news
Government
Infrastructure 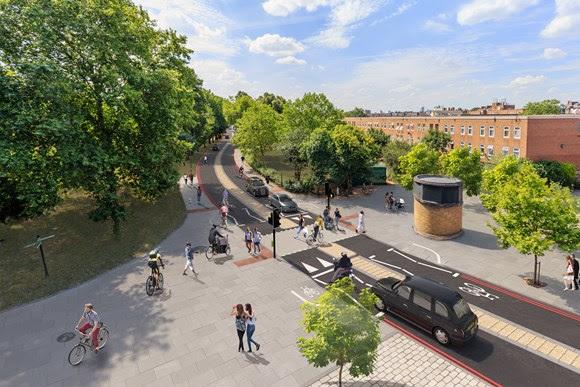 Intimidating one way system to be turned into a space for people, not motor vehicles - consultation opens today
by Simon_MacMichael

Transport for London (TfL) and Hackney Council have today unveiled plans to make Stoke Newington gyratory safer for people on foot and on bicycles.

A protected cycle lane on the A10 northbound and traffic-free public spaces are among the proposals, which are subject to a consultation that has opened today and will run until 30 November.

Also included in the measures aimed at reducing the dominance of motor vehicles on what is currently an intimidating one-way system for cyclists and pedestrians is a new bus and cycle lane running southbound on Stoke Newington High Street. 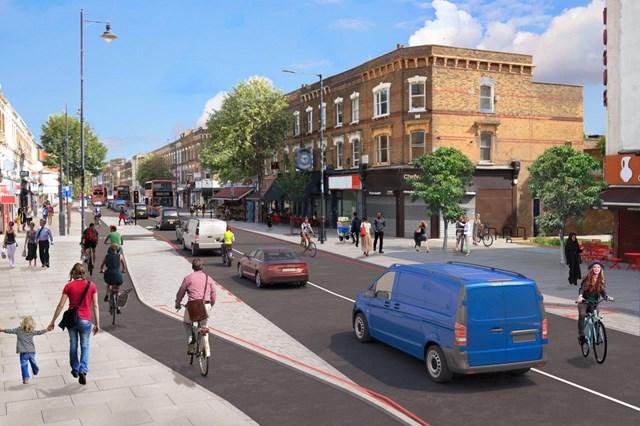 TfL and Hackney Council say that the plans “would remove a significant barrier to cycling in the area and provide new traffic-free public spaces to meet, play, relax and shop, alongside a host of other improvements aimed at creating a more attractive and less traffic-dominated environment for people.”

Will Norman, London’s walking and cycling commissioner, commented: “These bold plans would transform the environment around Stoke Newington to make it safer and healthier for everyone who lives and works in the area.

“Creating a segregated cycle track and continuous pavements and allowing two-way buses are among our proposals to prioritise pedestrians, cyclists and bus users over cars. I would encourage everyone to have their say and help us improve air quality and reduce congestion.”

Hackney’s deputy mayor, Councillor Feryal Demirci, said: "We've been working with residents and TfL for a number of years on plans to remove the car-dominated Stoke Newington one-way system.

“This is a long awaited proposal and we are delighted our residents can finally have their say on plans to make the Stoke Newington area more pleasant for everyone. I'd urge people in Stoke Newington to take part in the consultation."

An initial consultation regarding removing the gyratory was supported by seven in 10 people who responded, and you can find the consultation on the final proposals here. 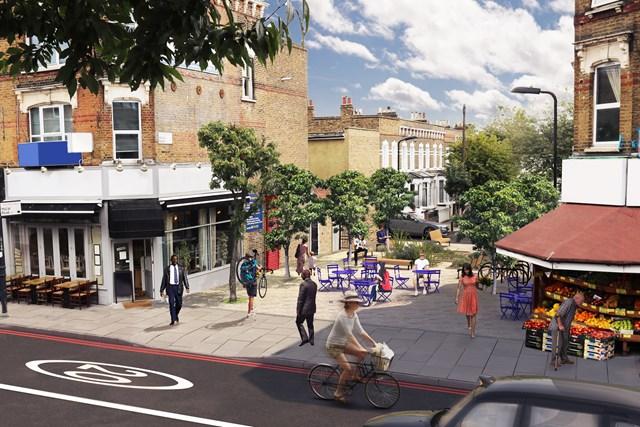