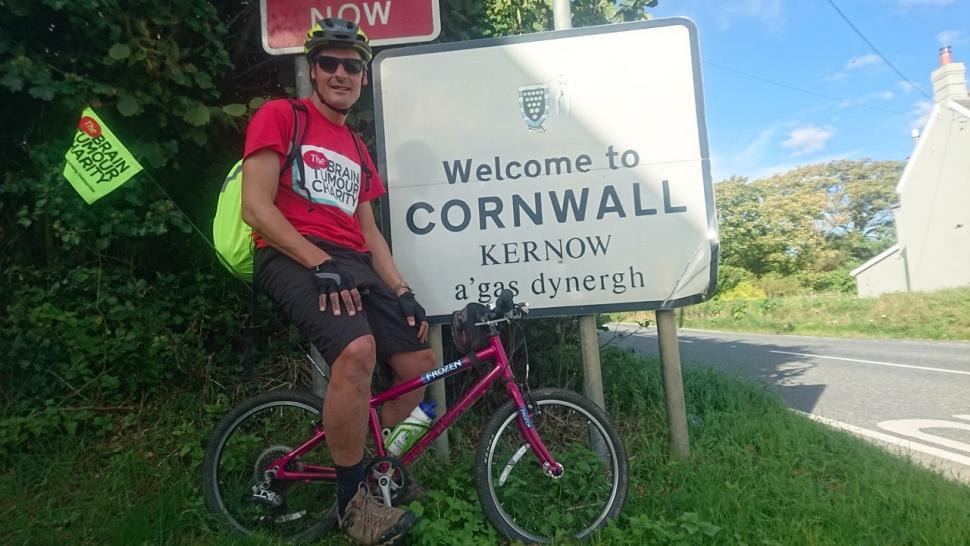 Peter Williams has raised almost £40,000 for Brain Tumour Charity in memory of daughter Ellie
by Simon_MacMichael

A bereaved father has completed a 200-mile ride from Bristol Children’s Hospital to Land’s End on the bike that belonged to his daughter who died from a brain tumour at the age of seven.

The ride by Peter Williams from Penzance aimed to raise money for the Brain Tumour Charity in memory of his daughter Ellie, a keen cyclist who had been able to ride without stabilisers at the age of three.

Mr Williams, who stands six feet tall, undertook the journey on her Isla Bikes bicycle, and said before setting off that as a result he would have to ride much of it out of the saddle.

He told BBC News: “People have been stopping me on the way, giving me donations, tooting their horns.

“At one stage, a sheepdog tried herding me into a field with some sheep.

“That was a bit of a worry but I’ve only had one puncture in 200 miles, so it couldn’t have gone better.

“Ellie was a delightful little girl. She was really creative, sporty,” he added.

“She had a brilliant personality and she would have been right behind me on this ride, I can guarantee it.”