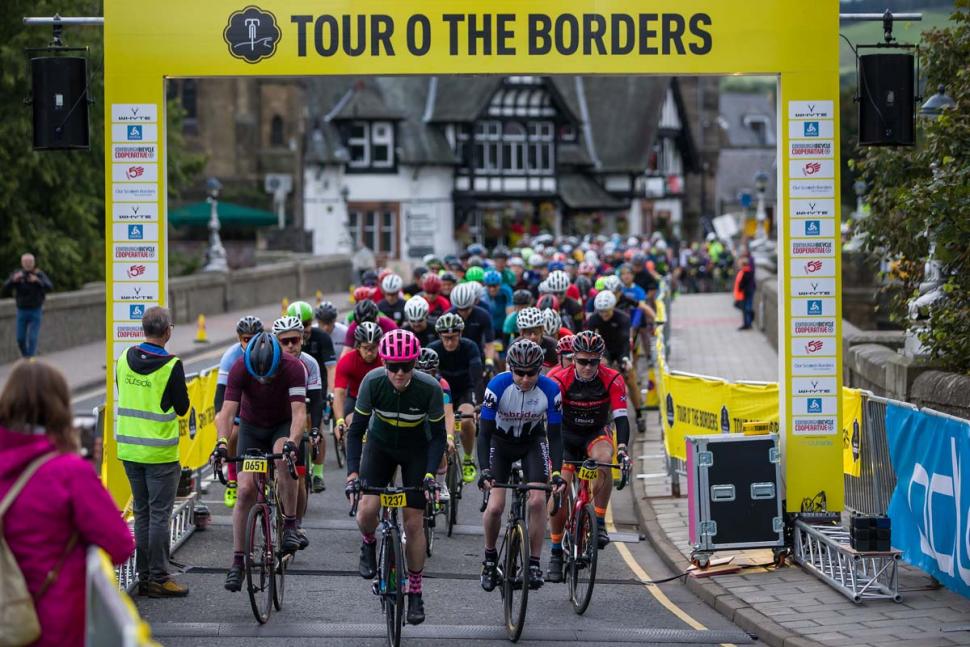 Director of closed road event believes farmers charged by police after incident last year have "learned their lesson"...
by Simon_MacMichael

The organiser of the closed road sportive the Tour o’ the Borders says that the decision to drop charges against two men alleged to have hit participants in last year’s event with sticks should not be seen as a “green light” to attack cyclists.

Neil Dalgleish, the event director of the sportive that attracts 2,000 cyclists each year to Peeblesshire, was reacting to the news reported on our live blog this morning that the procurator fiscal – Scotland’s equivalent of the Crown Prosecution Service – had decided not to proceed with prosecution of two farmers, aged 60 and 71, who had been charged by police in connection with the incident.

The pair, thought to be protesting against the event resulting in roads being closed during harvest season, had been filmed by action cameras used by some participants in the event in September 2017 apparently hitting out at some of the cyclists taking part in the Tour o’ the Borders.

Dalgleish acknowledged that while some might be angered that proceedings will not be taken any further, the individuals concerned had “learned their lesson,” highlighting that this year’s edition, which took place earlier this month, had passed off without incident.

“There are many who think it’s unacceptable that there’s no prosecution here, that no-one was brought to justice for an (alleged) act of violence towards people who were innocently riding their bikes,” he said. “I can certainly see their point.”

“But,” he continued, “I don’t think this is a green light for violence towards cyclists, nor a sign that it’s okay to bully us. My take is that those responsible have learned their lesson – I bet they got a fright with the police at their doors and legal charges against them. Let’s think positive and believe attitudes are moving on a bit.”

Speaking of this year’s edition, he said: “It was a huge relief that we had no repeat of last year’s incident, and we’re extremely keen to minimise any problems or conflicts – of course we understand that the road closures can cause inconvenience.

“It’s great to see more support and acceptance for the event and for the importance of cycle tourism in this area. The riders got a fantastic reception all the way around the route  – no-one was made to feel unwelcome this year.”

The event will return next year on Sunday 1 September, with further details available here.