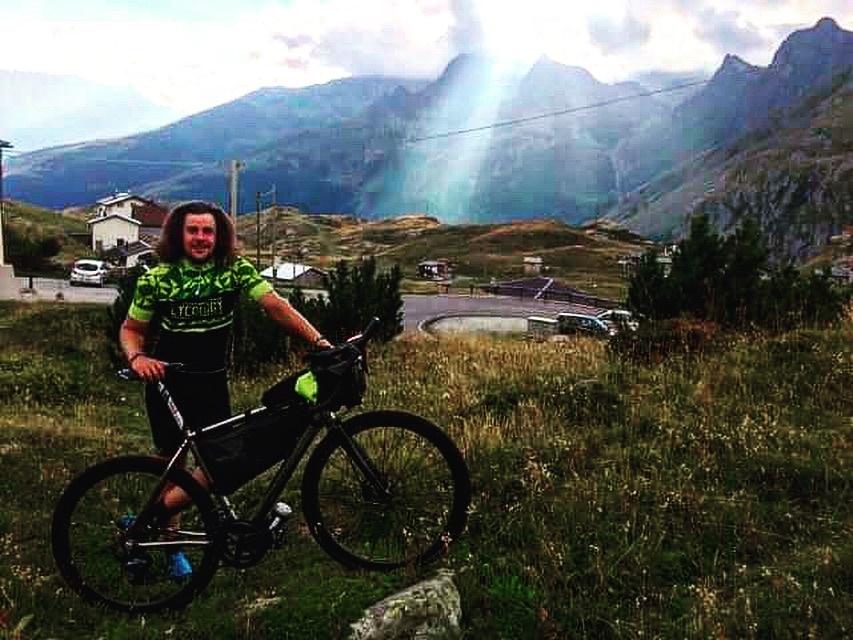 Robbie Ferri is currently awaiting confirmation that he has again broken the record for most countries visited by bike in seven days. Travelling from Romania to the Netherlands, he cycled through 15 different countries – improving on the 12 he rode through last year.

In 2016, Ferri set a record by cycling in five countries in 24 hours. He’d intended this to be just part of a seven-day record attempt, but had to abort after suffering a knee injury halfway through.

He then successfully broke the seven-day record last September, but having aimed for 14 countries, he had to settle for 12 – one more than the previous record – after falling ill midway through.

Writing on his blog, he recalled stopping at a restaurant at Lake Como: “The cramps got so bad I remember going to the bathroom, then that was it.”

The restaurant staff had to put him to bed. “I woke up being dragged up some stairs, then passed out again,” he said.

Despite this, he continued, but the record wasn’t to stand for long. In October of that year, David Haywood, a 22-year-old Great Britain Age Group triathlete, undertook the challenge and rode through 13 countries.

Ferri had been planning a repeat attempt anyway and is now waiting for Guinness World Records to review evidence and video footage before confirming his achievement.

Setting off from Romania, Ferri passed through Hungary, Serbia, Croatia, Bosnia and Slovenia before crossing into Italy. He then headed over the Alps and through Switzerland, Liechtenstein, Austria and Germany, before riding up through France, Luxembourg and Belgium, arriving in Holland with 10 hours to spare.

He rode for around 17 to 18 hours a day, covering an average of 220 miles. “I was so happy with the ride,” Ferri told Your Local Paper. “It was an awesome trip and to finish it was phenomenal. I felt so strong and I was firing on all cylinders constantly. I’m relieved to have achieved something that I’ve wanted for so many years.”

He said: “Having a world record is fantastic and I am really happy to have it in my name. But the things I’ll take away from it the most are all the incredible memories and that if you fail to do something then don’t give up, try again.”

He added: “To me it is always about the bike ride and the world record is just a piece of paper. It’s never about the outcome, it is about the journey. To be honest, I find the end an anti-climax as I just want to keep on riding.”

In the autumn, Ferri will head off to Taiwan for the latest in the Bikingman self-supported ultracycling series. You can see footage from some of the previous races over on his YouTube channel.