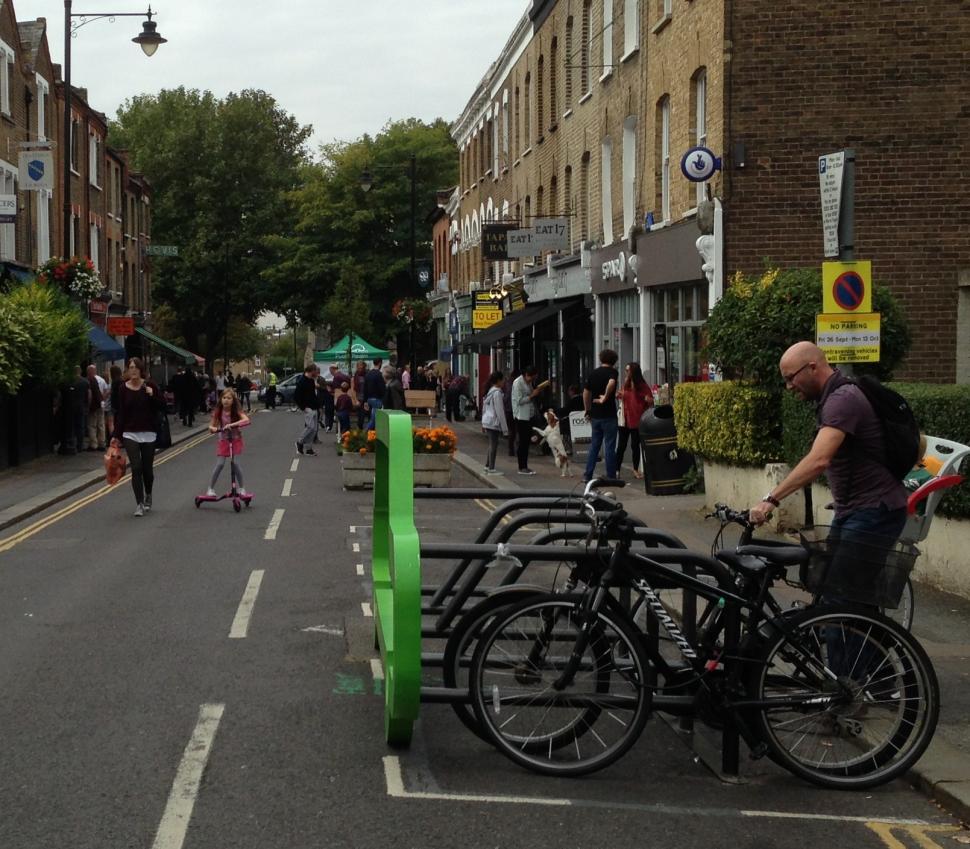 A new study has found that the Mini Holland programmes introduced in three outer London boroughs has found that they have encouraged more cycling and walking, especially in areas where measures have already been implemented.

The study, led by Dr Rachel Aldred of the University of Westminster and publsihed in the academic journal Transportation Research, also found that residents of Mini Holland boroughs now have more of a positive perception of cycling and the local environment.

In March 2014, former Mayor of London Boris Johnson announced that Enfield, Kingston-upon-Thames and Waltham Forest would each receive around £30 million under the Mini Holland scheme after their bids beat off competition from other outer London boroughs.

The initiative, now forming part of the wider Healthy Streets programme under Sadiq Khan’s administration, has seen the boroughs implement a number of initiatives to benefit people on bike or on foot, including closing streets to through motor traffic and providing protected cycle lanes in some areas.

Despite some local opposition, particularly in Waltham Forest where a High Court judge threw out a challenge to the initiative in 2015, the parts of the schemes implemented to date have been widely hailed as a success.

In her research, Dr Aldred surveyed the views what she termed “high dosage” and “low dosage” areas in the three boroughs – respectively, those where planned Mini Holland interventions were already largely in place, and those where they had not yet been implemented – as well as those of people living elsewhere in outer London.

Baseline research was conducted in May/June 2016, with a follow-up in May/June 2017 to find out how people’s attitudes and behaviour regarding cycling and walking had changed during that period, with no mention made in the survey of the term ‘Mini Holland’.

She found that people in “high dosage” areas were cycling or walking on average of 41 minutes more each week than those elsewhere.

Interestingly, while the focus of the three boroughs’ Mini Holland plans has mainly been on cycling, which has also been the target of opponents to them, the initiatives encouraged more walking – and extra 32 minutes a week, compared to 9 minutes on average riding a bike.

Dr Aldred, who will present her paper at the Royal Statistical Society in London this evening, noted that there was “no evidence that time spent in cars was increasing (due to congestion), nor that walking environments were becoming less attractive due to the introduction of cycle lanes.

“On the contrary, it is encouraging that the increase in active travel was composed both of more walking, and more cycling – this perhaps reflects the refocusing of the mini-Holland programme to focus on walking as well as cycling along with an early focus on traffic reduction in residential areas in Waltham Forest.”

She added: “The findings suggest that large-scale interventions with ambitious area-based components can lead to uptake in active travel, even over only a year, with the programmes only partly implemented.

“Outer London had not previously seen the substantial mode shift observed in Inner London, thus this suggests that even in less apparently promising locations, investment can drive uplift in walking and cycling.

“They may also be easier to evaluate because they are intended to have an area-level effect, contributing to a greater chance of identifying travel behaviour change if such takes place.”