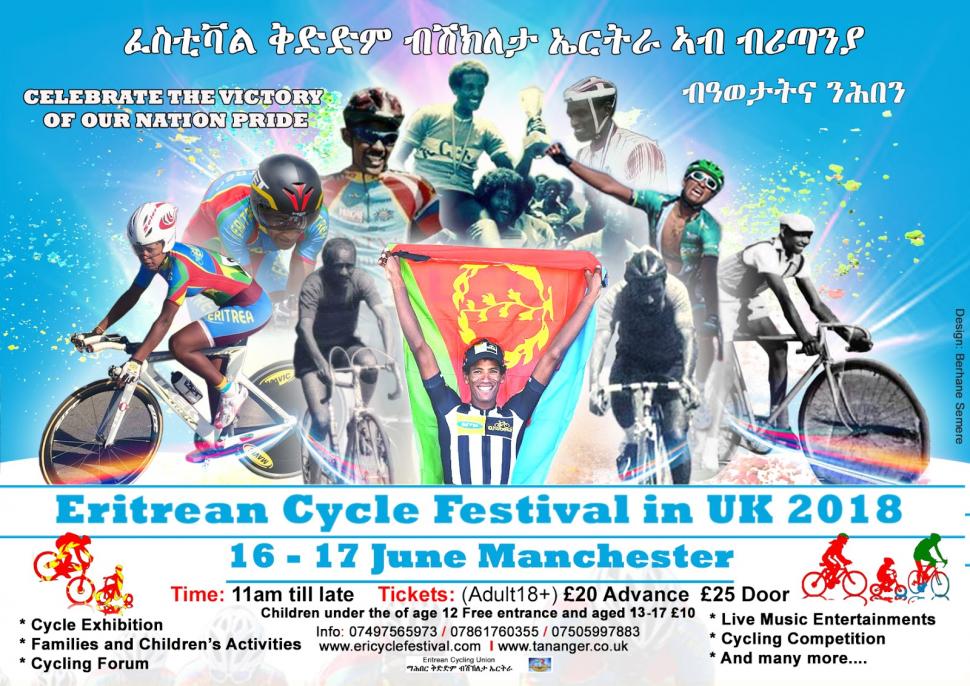 Police in Greater Manchester made eight arrests after violence erupted at a cycling festival in Tameside yesterday, with nine people reported to have been injured, including children.

Riot police and ambulance crews were called the Eritrean Cycling Festival which was being held at Curzon Ashton .Football Club and an adjacent sports complex including a closed road cycle circuit.

The remainder of the festival, which was supposed to conclude today, was cancelled.

It is believed that the event was targeted by opponents of the country’s president, Isaias Afwerki, claiming that people attending were supporters of the East African country’s government, reports BBC News.

Organiser Goitom Seyoum insisted: “This had nothing to do with politics - this was purely a celebration of Eritrean cycling.

"We had African champions here and people who appeared at the Olympics.

"It was a peaceful protest at first and then they barged in throwing bottles, food and beer kegs.

"It was outrageous – there were children in buggies and people cut and bleeding.

"This was supposed to be a festival but now we leave with a sad feeling.

"Young children were put in danger by these cowards."

One eyewitness, Dawit Gebreyesus, who was acting as a videographer at the event, sustained a cut to his face after being hit by a missile.

He told the Manchester Evening News: “They started picking up beer barrels and throwing them. There were children and mothers around.

“They were young people, they climbed over and started hitting people. This was a proper gang, in the middle of a city.”

Chief Inspector Andy Harty commented: "The vast majority of people attending the event today were innocent people, including children, who sadly got caught in the middle of this appalling act of violence.

"This type of behaviour is completely unacceptable and I want to assure the residents of Tameside that we are doing everything we can to bring any offenders to justice."

According to the 2011 Census, there were almost 18,000 Eritrean-born people living in the UK, most of them settled in Greater London. Many came to the UK as refugees, and according to Home Office in 2015, the country was the leading source of asylum applications in the UK.

Cycling is indisputably Eritrea’s national sport. Bicycles were introduced to the country by Italian soldiers occupying the country at the end of the nineteenth century, with the first local cycling clubs set up in the 1920s.

The country’s leading rider is Daniel Teklehaimanot, now with the UCI Professional Continental team Cofidis-Credit Solutions, and a former wearer of the mountains jerseys at both the Tour de France and the Giro d’Italia while riding for Dimension Data.

However, opponents of Afwerki, who took office when Eritea secured independence from Ethiopia in 1993 with no elections held since then, believe the regime is using the success of the country’s cyclists as a means of deflecting attention from issues such as human rights abuses.