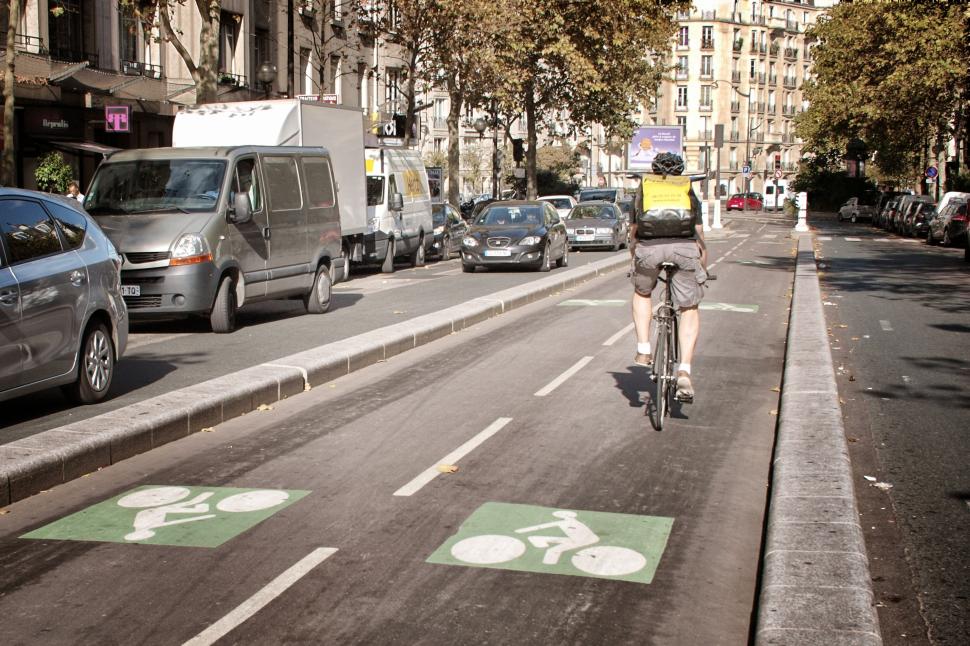 Mayor of Paris: Cycle lanes have helped slash car use in French capital

Mayor of Paris Anne Hidalgo says that cycle lanes have helped slash the number of motor vehicles driven on the streets of the French capital since the start of the year.

The first five months of 2018 have seen the number of vehicles fall 6.5 per cent against the comparable period last year, according to figures released by the city’s government.

February saw the sharpest drop, with 705 vehicles recorded per kilometre per hour, down 11.4 per cent on the same month in 2017.

There was a notable drop in the morning rush hour, with traffic down 8.7 per cent, against a fall of 6.7 per cent in the evening peak.

There were also big drops on some of the city’s main arteries throughout the day.

From 7am to 9am, the number of vehicles recorded on the Boulevard St Germain fell 9.2 per cent, while across the Seine, Rue de Rivoli, which runs from the Marais just east of the Hotel de Ville to Place de la Concorde, saw a drop of 17.9 per cent. 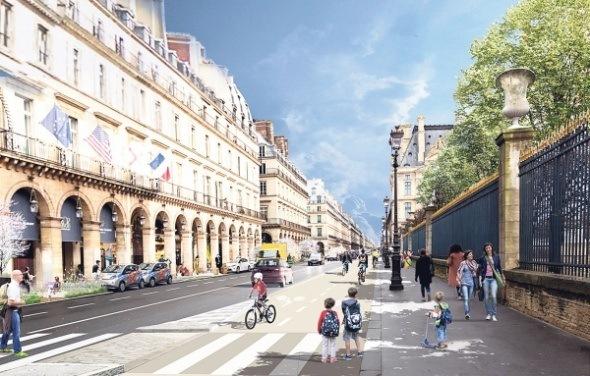 The figures are being hailed as continuing proof of city hall’s efforts to fight air pollution, including a reform of paid parking, and reflect an acceleration of an existing trend that saw traffic fall by 3 per cent from 2003 to 2014 and by 4 per cent in the subsequent two years.

Hidalgo declared 2017 the ‘Year of the Bicycle’ in Paris, outlining plans to double the city’s network of cycle lanes and halve motor traffic by 2020 while also pedestrianizing a large area of the heart of the capital.

Not everything is rosy when it comes to cycling in Paris, however.

Last month, we reported on problems with the city’s pioneering Vélib’  cycle hire scheme following a change of operator as well as competition from dockless hire scheme’s such as Ofo.

According to Hidalgo, Parisians “consider that the system they loved has been ruined” since its operation was taken over by Franco-Spanish consortium Smovengo from advertising giant JCDecaux.