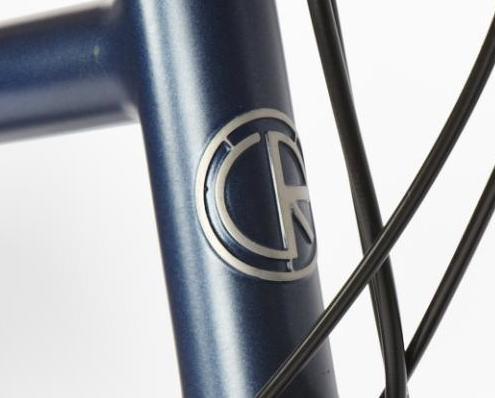 Owners and admirers of one of London’s most iconic bike makers, Roberts Cycles are being invited to attend the first ever rally devoted to the firm, the Roberts Rendezvous – and it is hoped that as many as possible will arrive on bikes built by it.

The event, which is free to attend, will be held in the heart of the City of London at Guildhall Yard, Gresham Street, on Wednesday 13 June from 4pm to 7pm as part of the City Cycling Festival being held that week.

It is anticipated that afterwards the event will continue, more informally, near Guildhall at Davy’s, 25 Basinghall Street.

The Roberts Rendezvous will include a show and tell, as well as prizes being awarded for the oldest, best preserved and most unusual examples of Roberts-built bikes, with frame-builders and historians of the firm in attendance.

The firm was founded in Croydon in the 1960s by Charlie Roberts, who had previously worked S well-known South London-based businesses such as Holdsworth and Claud Butler. He was subsequently joined by his sons Chas and Geoff, but the company ceased trading in 2015.

Owners of bikes belonging to those brands are more than welcome to attend, even if they are unsure whether it was actually built by Roberts, with organisers pointing out that it will be an opportunity to compare design features.