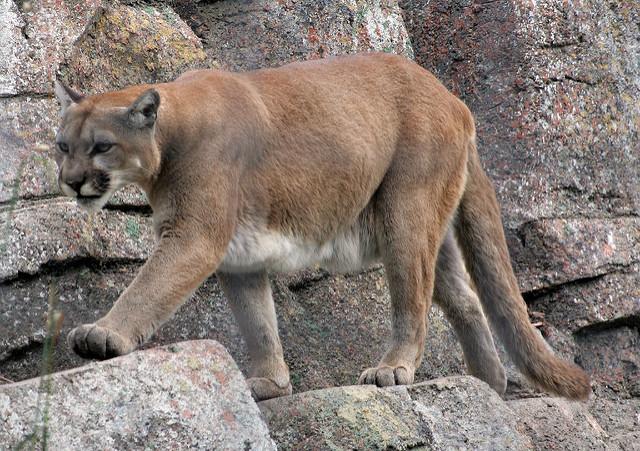 Victim named as SJ Brooks, who had worked in Seattle bike shop and campaigned for inclusive cycling
by Simon_MacMichael

The cyclist mauled to death by a cougar in Washington State in the northwestern United States on Saturday has been named as SJ Brooks, aged 32 and from Seattle, a former bike shop employee who was also involved in cycle advocacy.

Brooks, who had moved to Seattle after completing a PhD in Boston, Massachusetts, sustained fatal wounds to his legs, head, face and neck during the attack on Saturday morning, reports The Spokesman-Review.

He had been riding with his friend Isaac Sederbaum, aged 31 and also from Seattle, on dirt tracks near North Bend when the pair became aware that a cougar, also known as a mountain lion, was following them.

> Cougar mauls cyclist to death in northwestern US

They scared it off, but shortly afterwards it returned and pounced on Sederbaum, with Captain Alan Myers from the Washington Department of Fish & Wildlife describing how the big cat “had his head in his jaws and was shaking him violently.”

At that point, Brooks dropped his bike and ran off into the woods, which appears to have triggered the cougar’s chase instinct.

The animal was later tracked down and discovered standing over the the rider’s dead body, and was shot dead.

Sederbaum, meanwhile, rode for two miles despite his injuries before he could acquire a mobile phone signal and summon help.

He is now recovering in hospital following surgery to treat lacerations and bites to his head, neck and face, and is described as being in a “comfortable” condition.

Cougars are solitary animals that tend to avoid human contact and attacks humans are rare, with 15 recorded in Washington State over the past century, just one of those resulting in a person’s death.

A vet will be examining the animal’s brain to see if they can determine whether it had a medical condition that may have caused it to attack.

Captian Myers described the three-year-old cat as “emaciated,” saying that it weighed 100 pounds, compared to the usual 140 pounds for a male cougar of that age.

Brooks, who obtained a PhD at Boston University in 2016, had worked as office manager at G&O Family Cyclery in Seattle and more recently was director of operations at a shared workspace facility, Hillman City Collaboratory.

Last October, the Seattle Bike Blog revealed how he had set up a Seattle chapter of Friends On Bikes to encourage black women and other marginalised people to get cycling.