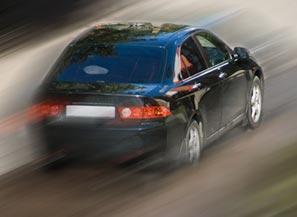 But not everyone is happy, operation Crackdown encourages "spying" say critics...
by Mark Appleton

Depending on your viewpoint it's a useful initiative, helping cyclists and others to report unsafe, anti-social and aggressive driving or alternatively a symptom of an increasingly Stasi-like Britain where citizens are encouraged to spy on each another. The latter was certainly the line being taken by the Daily Mail usually such a keen supporter of no-nonsense law and order, it managed to get both the Stasi and Big Brother in to their headline on the story.

Whatever the perception, Operation Crackdown, which has been mounted by Sussex Police, is supposed to be an attempt to deter and punish careless and anti-social driving by encouraging the public to note the registration numbers of wrongdoing motorists and report them via a dedicated website.

Sussex Police is trialling the campaign and has already received 20,488 reports from the public according to the Daily Telegraph. Warning letters have been sent to 2,695 drivers, while a further 1,047 have been sanctioned for offences such as having an out-of-date tax disc, the paper says.

If successful, the scheme could be implemented across the UK. Critics say this would pave the way for a system reminiscent of that implemented by the East German Stasi, whereby neighbour spied upon neighbour and no-one knew who could be trusted.

Dylan Sharpe, of Big Brother Watch, an organisation that campaigns to protect civil liberties and personal freedoms, told the Telegraph that Operation Crackdown is "based on unfounded accusations by untrained and possibly prejudiced members of the public".

He said: "This scheme is wide open to abuse, ranging from people with minor grudges against neighbours to busybody drivers who think they know what constitutes bad driving."

Or perhaps it would enable vulnerable road users to independently report the transgressions of habitual bad drivers, possibly highlighting a pattern of unacceptable driving behaviour that might otherwise not come to light. Discuss.