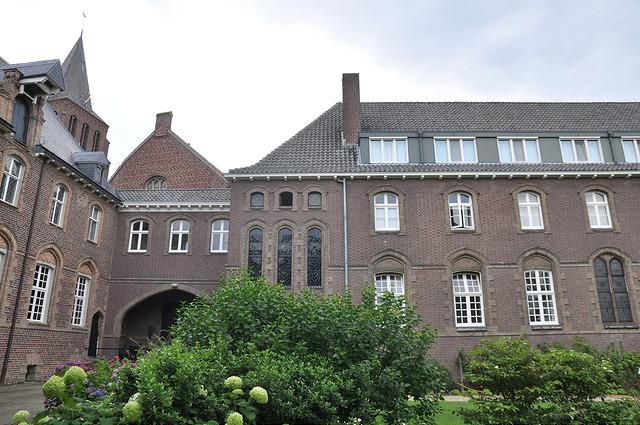 Angus Mitchell pedalled into Boxmeer in September 1944 and later described it as "a pleasant little bike ride"...
by Simon_MacMichael

A British World War II veteran who borrowed a bike from a pub to liberate a Dutch town has died at the age of 93.

Angus Mitchell, who was serving as a lieutenant in the Inns of Court Regiment when he pedalled into Boxmeer in September 1944, passed away on 26 February in his home city of Edinburgh, reports Forces.net.

He spoke about his wartime exploits in an interview published in 2014 in The Scotsman on the 70th anniversary of the liberation of the small town which lies less than 5 kilometres from the German border in the province of North Brabant.

Mr Mitchell had returned to action after being wounded following his disembarkation in Normandy in June 1944 and was in command of his armoured car unit as it advanced towards the River Meuse, tasked with finding suitable crossing points.

Another unit undertaking similar reconnaissance duties had been captured by German forces after coming under heavy fire.

Waiting outside the town, Mr Mitchell was told by a Dutch resistance fighter called Frans that the Germans had left Boxmeer and decided to check for himself that was indeed the case.

But aware that advancing in his armoured car might result in coming under attack from the Royal Air Force, he thought it prudent to switch to two wheels for the journey.

“We were told to wait at a certain railway line, just outside the town of Boxmeer, which is only a mile from the river,” he explained.

“The RAF had orders to shoot up any vehicles moving on the other side.

“I said ‘we can’t move forward because the RAF may shoot us up’.

“He [Frans] suggested we should borrow bicycles from the pub and go into Boxmeer to have a look, so I did.

“I was the senior officer present and the only person who could do it.

“As our cars could not safely go further at that point, Frans and I borrowed bicycles from an inn and had a short cycle ride into the town to make sure it was clear of enemy troops.

“That didn’t take very long. I guess, 10 minutes to cycle into the town. I checked that it was free from Germans.

“It was really a rather pleasant little bike ride,” he continued. “I was the first British solder into Boxmeer, but I wasn’t being kissed by beautiful Dutch girls or anything.

“I checked it was free from Germans. I went back to my troop and radioed my squadron. By that time we hoped the RAF had been called off so we would not be shot up by them.”

As his unit moved into the town, they were greeted by its 5,000 inhabitants.

“As the first British troops into Boxmeer, we were of course enthusiastically welcomed as liberators,” he recounted.

“They were over the moon to see the British at last. They were all waving their Dutch flags at us. It was a heart-warming experience.

“We couldn’t stop there, because my orders were to go right up to the river and see whether there were any bridges left.”

On reaching the river, the unit came under hostile fire but ended up spending the winter in the area before crossing into Germany in the spring of 1945.

Mr Mitchell’s wartime service was recognised by the award of the Military Cross, the French Legion d'Honneur and the Dutch Order of Oranje-Nassau.

He is survived by his wife Ann – who served as a code-breaker at Bletchley Park during the war – and by their children and six grandchildren.