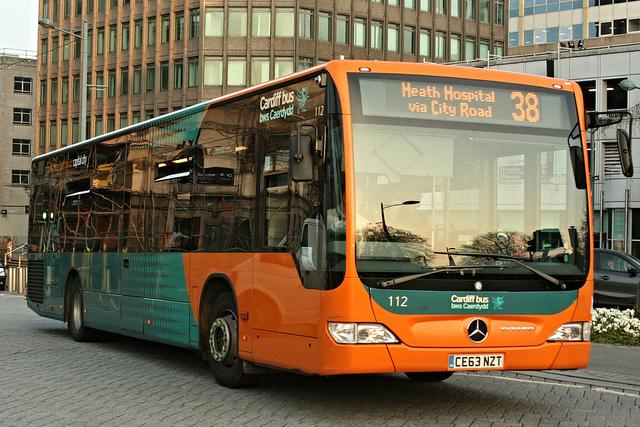 The Welsh Government is considering letting lorry drivers use some bus lanes in the country in a bid to improve the flow of traffic, reports BBC News Wales.

Cyclists are usually permitted to use bus lanes, and Sustrans Cymru has said that letting HGV drivers also use the lanes could worsen congestion since it would discourage people from using bikes as they would feel less safe.

The idea of permitting HGVs in certain bus lanes was raised in the first annual report of the country’s Traffic Commissioner, Nick Jones, last year.

Mr Jones, who took up his post in 2016, noted in his report that there had at times been “a degree of hostility” from the public to the introduction of bus lanes.

He wrote: “This is especially so if a bus lane has not been properly planned and where there is ineffective enforcement action in relation to those who transgress.

“Any new bus lane might sensibly include consideration as to the scope of vehicles that are entitled to use that specific stretch of road.

“In some parts of the country local authorities have allowed HGVs to use bus lanes where the roads are planned so that this is facilitated.”

He said that “HGVs are essential for the economy and the provision of services,” the alternative being “a considerable number of unregulated large vans thereby increasing congestion and causing far greater environmental damage.”

Mr Jones continued: “I am not suggesting that HGVs should use all bus lanes, I merely point out that each case should be considered on its merits and that there might be occasions when allowing HGVs to use a bus lane will improve traffic flow.”

The proposal has been welcomed by the haulage industry, with a spokesman for the Road Haulage Association saying: “Making better use of valuable road space by allowing trucks to use bus lanes not only eases congestion, but helps to keep delivery costs down and ensures food and other vital supplies arrive on time at our shops and homes, something that benefits everyone."

But Natasha Withey of Sustrans Cymru said: "To improve traffic flow, cities need to reduce the number of vehicles on the road through encouraging more people to use alternative means to get around, not discourage cyclists through making their dedicated infrastructure unsafe."

According to BBC News Wales, the Welsh Government plans to consult with highways and transport bodies ahead of making a decision on the issue next year.

The recommendation seems incompatible with an observation made elsewhere in the Traffic Commissioner’s report, however, where he wrote that he was “conscious that use of road space needs special care when it is used by both HGVs and bicycles.”

Mr Jones also suggested that there was a need for lorry drivers to receive specialist training on sharing the road with people on bikes.

“A number of excellent initiatives have taken place involving specialist training for HGV drivers to better understand the needs of cyclists, and vice versa,” he wrote.

“Specialist cycle awareness is not yet to my knowledge one of the modules for HGV CPC, although this might change in the future,” he added.