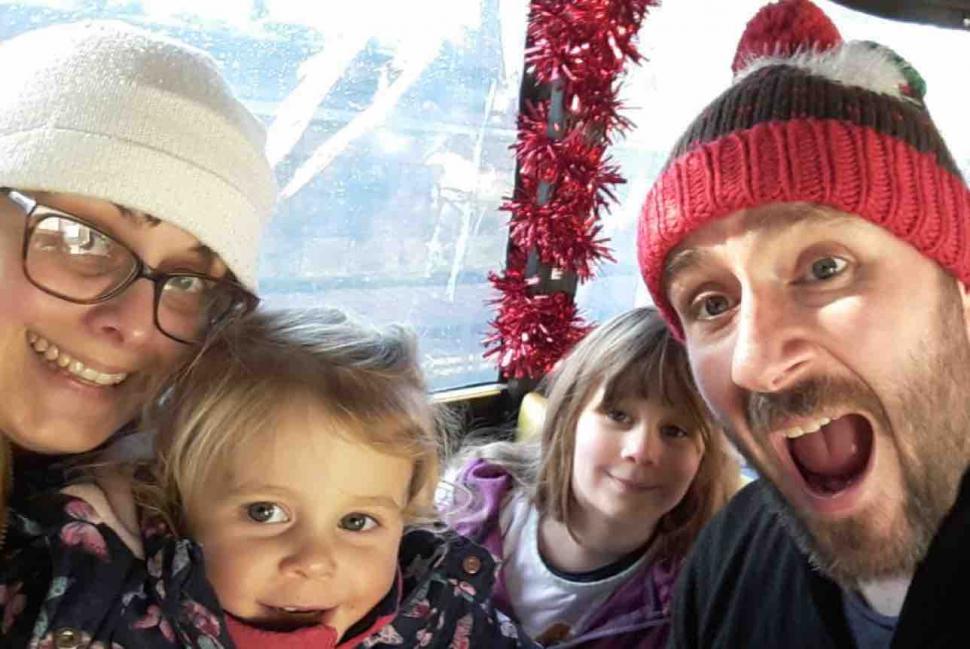 Mark “Bullheart” Fradgley has had cancer for the best part of ten years, a period during which he has carried on raising money for various charities. He needed to self fund his latest treatment and in less than a week people raised £30,000 to support him, with most of the money coming from members of two cycling communities – London Fixed Gear and Single-Speed (LFGSS) and Single Track World.

Mark has been fighting a rare type of cancer called angiosarcoma since 2009. In a post on LFGSS, he said that at the time of his diagnosis it had a 0% survival rate past one year, “and I’m the longest living person in history to still be living with it.”

Just before Christmas he found out that the chemotherapy he was receiving was not working.

Writing on a GoFundMe page, Marks’ sister, Laura, said that Mark was given three treatment options.

The first was chemotherapy that merely maintains his current health levels, rather than reducing the sarcoma. Mark's two daughters are three and six and Laura said that “a few months aren't enough for all of us.”

The second option was a new clinical trial which had really promising results in the United States. According to Laura, Mark waited almost two months for the trial to open, only to be told there was no start date and the doctors had no idea when the trial would begin. “He simply does not have the time to wait, especially with no certainty about if/when the trial may even start.”

The third option was a form of chemo called Abraxane, a drug linked to another type of chemotherapy called paclitaxel – a known first line sarcoma treatment.

Mark had previously had an allergic reaction to paclitaxel and so had not been able to receive it, but Abraxane is formed in a way that prevents allergic reactions, meaning that it became a realistic option.

The anti-allergy element does however make Abraxane expensive, and the NHS wouldn’t fund the treatment, which costs £3,000 per cycle.

Mark needs six cycles in total, administered every three weeks. According to Laura: “This is simply unaffordable for Mark and his wife, Megan, to do on their own.”

After his in-laws paid for the first round of treatment, £15,000 was needed to cover the remainder.

Bullheart’s “Screw you, cancer” Fund hit its target within days, so on the grounds that Mark's prognosis means he will inevitably need more treatment at some point in the future, the target was increased to £30,000.

This too was raised in next to no time and Mark now knows that he can complete this current chemotherapy regime and more without fear of running out of money.