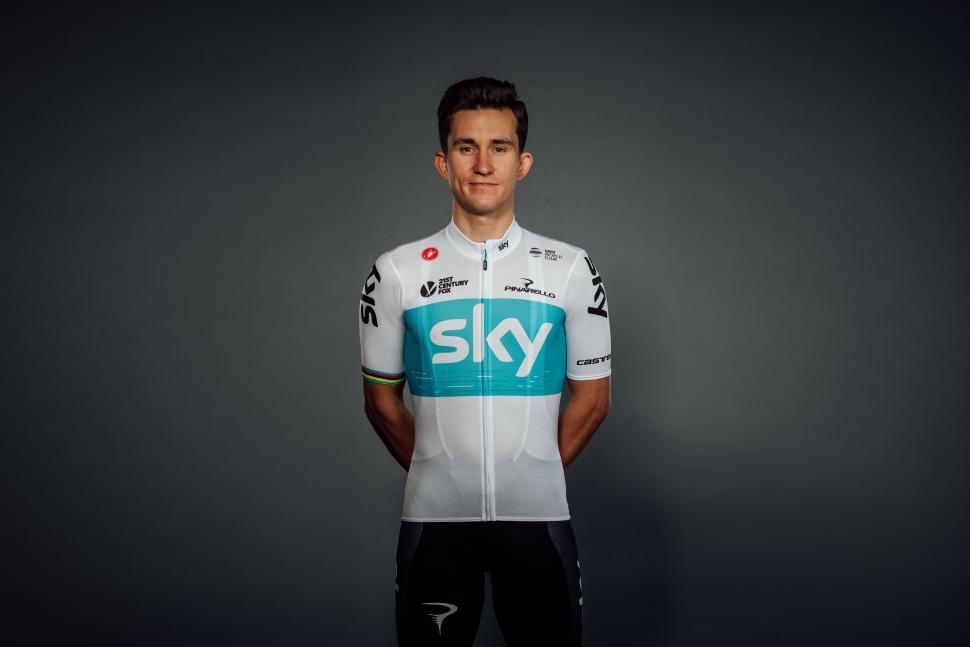 Geraint Thomas, the overnight leader at the Volta ao Algarve, has missed out on a third victory in four years at the Portuguese race. The win instead went to his Sky team mate Michal Kwiatkoswski, who took today’s fifth and final stage from the break.

Thomas, aged 31, won the overall title in the race in 2015 and successfully defended it 12 months later. After winning Friday’s individual time trial, the Welshman held a lead of 19 seconds going into today’s final stage.

A strong break of 31 riders, including Kwiatkowski, formed early on in today’s tough concluding stage, which covered 173.5 kilometres from Faro to Malhão.

The Polish former world champion, winner last year of the Strade Bianche, Milan-San Remo, and the Clasica Ciclista San Sebastian, attacked on the final climb and overhauled Zdenek Stybar of Quick Step Floors to take the stage win and the overall title by 1 minute 31 seconds from Thomas, who finished runner-up.

There was cause for celebration elsewhere on the Iberian peninsula for Team Sky today, as David de la Cruz won the concluding time trial in the Ruta del Sol, where Tim Welllens of Lotto-Soudal sealed the overall victory.

The Andalusian race has received an unprecedented level of attention this year given it marked the 2018 debut Chris Froome, with the Tour de France and Vuelta champion currently fighting to clear his name following his adverse analytical finding for twice the permitted level of the anti-asthma drug, salbutamol.

Froome rode the Ruta del Sud despite calls from rivals and even UCI president David Lappartient to voluntarily suspend himself from racing, and finished 10th overall in the Spanish race.